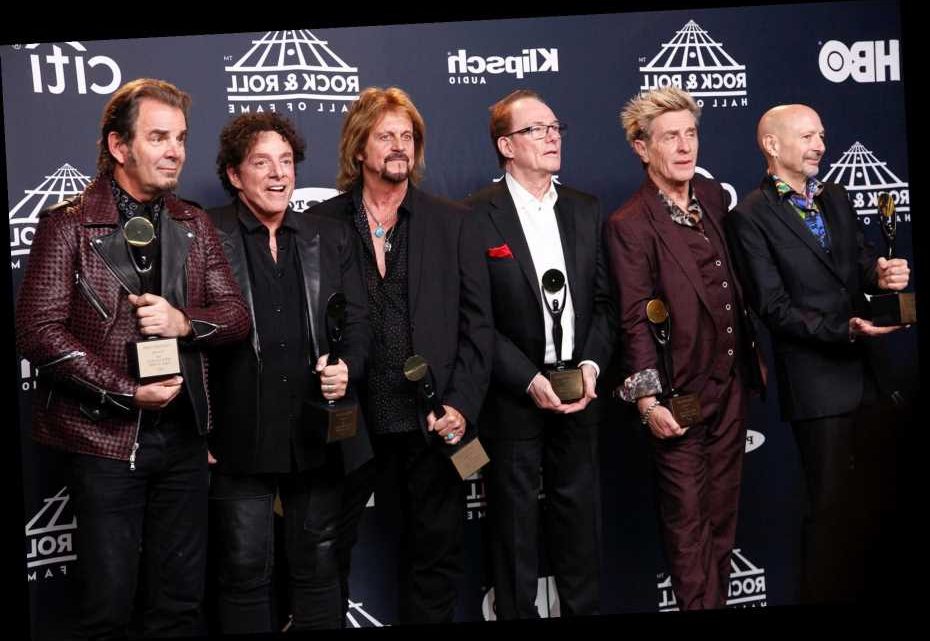 Journey has reached an “amicable settlement” with a pair of former members that were previously accused of plotting an “ill-conceived” attempt to take over the band’s name.

Both Schon and Cain and Valory exchanged lawsuits in the legal battle; Skip Miller, a lawyer for Schon and Cain, said at the time of Valory’s countersuit, “The cross-complaint has no merit whatsoever. Valory is out of the band. When the pandemic is over, Journey will go out on tour without him. Life will go on.”

Black Sabbath on the Making of 'Vol. 4': 'It Was Absolute Pandemonium'

Thirteen months later, the two sides have reached an agreement, the terms of which were not revealed.

“The members of the band Journey who were parties to a recent lawsuit (Neal Schon, Jonathan Cain, Steve Smith, and Ross Valory) are pleased to announce that they have resolved their differences and reached an amicable settlement agreement,” the band said in a statement to Rolling Stone. “Neal Schon and Jonathan Cain acknowledge the valuable contributions that both Ross Valory and Steve Smith have made to the music and the legacy of Journey. Ross Valory and Steve Smith wish their former bandmates well and much success in the future. Journey looks forward to continuing to tour and make new music for their dedicated fans around the world.”

As the statement confirms, Valory and Smith remain no longer in Journey; in May 2020, Journey announced they were bringing back their former bassist and American Idol judge Randy Jackson for the first time since the mid-Eighties — coincidentally, Jackson also replaced co-founding bassist Valory after his first dismissal from the band in 1985 — as well as welcoming Grammy-winning drummer Narada Michael Walden to the band.