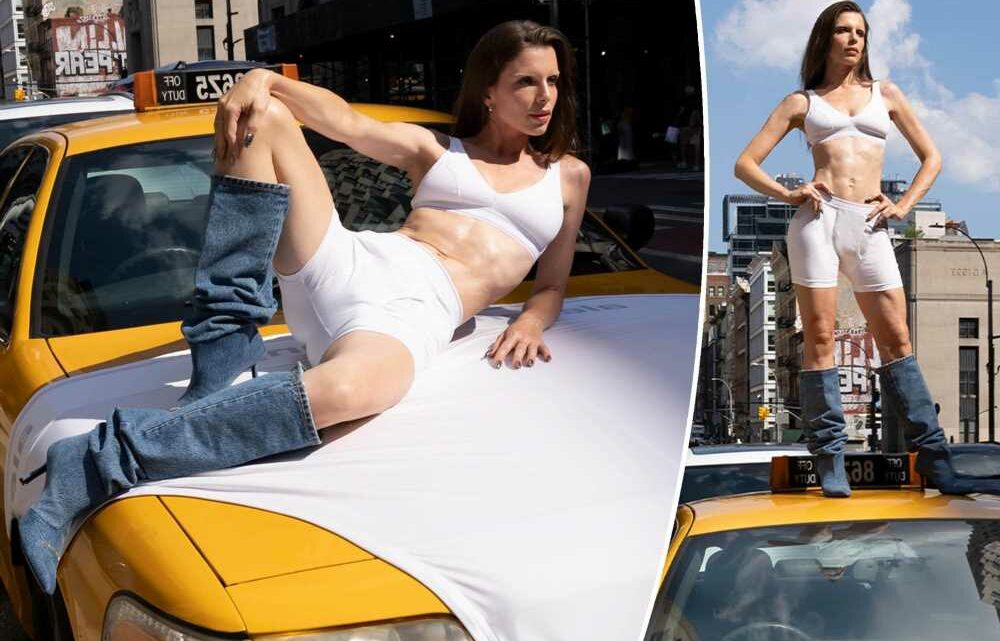 Julia Fox poses on top of a taxi in her underwear

Julia Fox back at Paris Fashion Week in trippy gown

Folks, she’s at it again.

Julia Fox stars in Alexander Wang’s new Bodywear campaign, modeling a white ribbed bralette ($30) and boxer briefs ($30) from the designer’s underwear collection while perched atop a yellow taxi, itself outfitted in a supersized pair of tighty whities.

The “Uncut Gems” muse makes a fitting face (and body) for the ads, as she was the first star to get her hands on Wang’s skivvies selection; in May, she memorably stepped out for a grocery run wearing the line’s triangle bra ($30) and briefs ($30) in black, along with the same denim boots ($950) seen in the campaign.

And Fox, 32, referenced her scantily clad shopping outing while hosting a take on “Cash Cab” for Wang’s TikTok, asking a handful of New Yorkers to answer some simple questions — all of which boil down to Bodywear, of course. 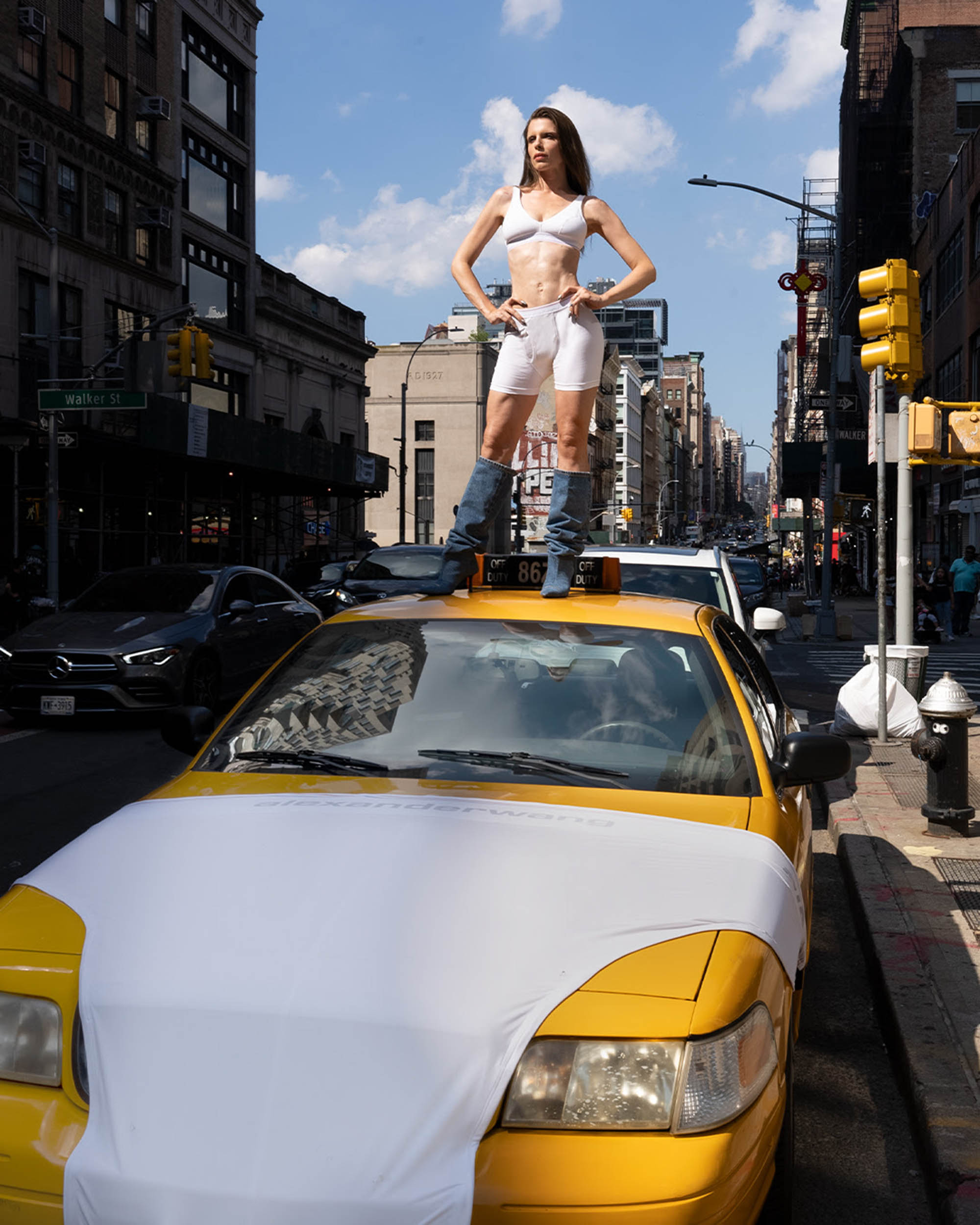 about 70% of the human body is made up of: a) blood b) water. c) bodywear. the answer is c) bodywear *ding ding ding* whenever, wherever. shop bodywear online and in-store now at alexanderwang. #awbodywear #wheneverwherever #alexanderwang

“i love Julia Fox but advocating for Amber Heard being a victim of abuse one week and then wearing Alexander Wang the next, is the height of hypocrisy imo,” one person tweeted, while another wrote, “Julia fox has a lot to say about Amber Heard & Jonny [sic] Depp , but continues to support Alexander wang………so weird.”

As for the controversial CFDA Award winner — who initially dismissed his assault accusations as “baseless and grotesquely false” — he released a statement in 2021 promising to “do better” and “set a better example.”

Nanny salaries jump to £40,000 in London due to Covid and Brexit