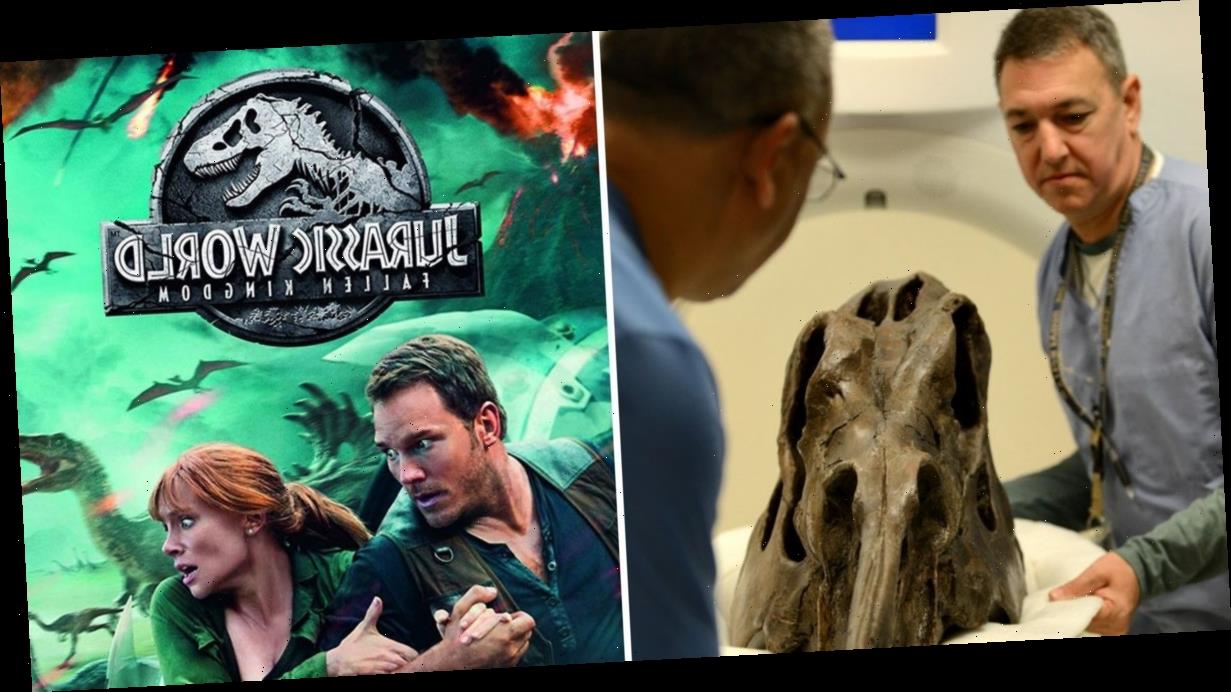 Palaentologists have found DNA inside a 75 million-year-old dinosaur fossil – in a discovery that has echoes of hit blockbuster film Jurassic Park.

Scientists say they have found evidence of cartilage cells, proteins, chromosomes and even DNA were found within pieces of skull belonging to a Hypacrosaurus – a herbivore that lived in the Cretaceous period.

Experts examining the fragments say the genetic material is extremely well preserved, with a cartilage cell that contains structures that resemble chromosomes.

The researchers, from the Chinese Academy of Sciences and North Carolina State University, announced their find in a recently-published scientific paper.

Their work – published in the National Science Review – suggests organic material of this kind can survive for much longer than previously thought.

It has previously been claimed that one of the major obstacles preventing Jurassic Park-style cloning of dinosaurs is the fact there is no viable dino DNA as it simply cannot survive many millions of years.

"These new exciting results add to growing evidence that cells and some of their biomolecules can persist in deep-time," said paper author and palaeontologist Alida Bailleul, of the Chinese Academy of Sciences.

"They suggest DNA can preserve for tens of millions of years.

"We hope that this study will encourage scientists working on ancient DNA to push current limits and to use new methodology in order to reveal all the unknown molecular secrets that ancient tissues have."

Their discovery is incredible because it would change what is currently believed about DNA – specifically, that it can only survive for around a million years.

On finding what they believed to be chromosomes, Dr Bailleul added: "I couldn't believe it, my heart almost stopped beating."

Jurassic Park hopes have been raised before.

In her book “Bring Back the King: The New Science of De-extinction”, Pilcher wrote: “What if, many millions of years ago, there had been a hungry mosquito that dined on a dinosaur then became trapped in amber, with its last supper still inside its stomach.

“If one could recover a dinosaur blood cell from inside that mosquito and then transplant it into an egg that had had its own DNA removed [it is possible to] grow a dinosaur.

“A modern living dinosaur is not a fantasy.”

However, paeleontologists have acknowledged that discovering DNA is only one part of the challenge as a genome – essentially the complete set of DNA of a living thing – would still be needed.