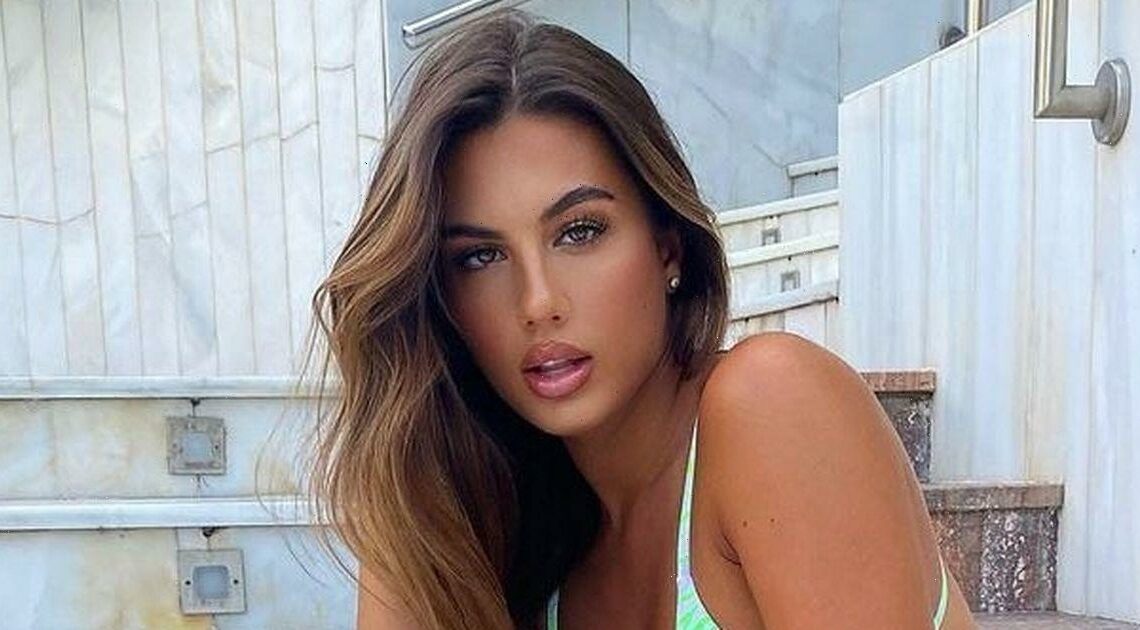 Baroness Karren Brady, 52, is Vice-Chairman of West Ham United Football Club as well as one of Britain's most powerful women, and her daughter Sophia aims on following her lead.

She shared the snap to her 330,000 followers, captioning the post with: “Take me back xxxxxx.”

The 25-year-old influencer and model uses her platform to share her struggles with Borderline Personality Disorder.

In September 2019, Sophia revealed on Instagram that she had been diagnosed with the mental health condition.

Her father is former footballer and Canadian manager, Paul Peschisolido, 49, and she also has a brother, Paolo, 21.

She began her modelling career in a 2017 Topshop campaign, as she was their social media assistant from 2016.

Sophia's Instagram boasts tonnes of glamorous snaps of her in bikinis and lingerie from brands such as Boux Avenue and PrettyLittleThing.

However, it seems Sophia’s famous mum Karren still has to give her seal of approval before she posts her sultry pics.

Sophia has repeatedly declined offers to appear on Love Island and insists she wants to further her career without reality TV.

Speaking to the Mail on Sunday previously, Sophia said: "I’ve been asked to go on loads of times but I've turned them down.

"I just don't want that kind of attention."

Talking about her BPD on Instagram, the influencer said: "Over the past few years I’ve been struggling a lot with mental health issues, I’ve recently been diagnosed with Borderline Personality Disorder which was tough for me, I haven’t told anyone this only my close pals because I was embarrassed and didn’t want people to judge me but I realised I don't actually care about what people think anymore.

"I am who I and and I’ve come to accept it. I’ve dealt with anxiety and depression for a long time and I’ve always tried to hide it from people as I felt embarrassed but I feel like if I can openly tell people and not be embarrassed about it, then maybe other people will also feel ok to admit they have it and feel comfortable too.

"With therapy and medication I’ve been able to manage it a lot better but I still have my bad days when I just wanna lock myself away and not see anyone."

How Much Should You Tip Your Tattoo Artist? We Asked an Expert
Recent Posts