Home » Lifestyle » Kathy Hilton, Kyle Richards Reveal What Was Behind Years-Long Feud and 'Setbacks' In Their Relationship 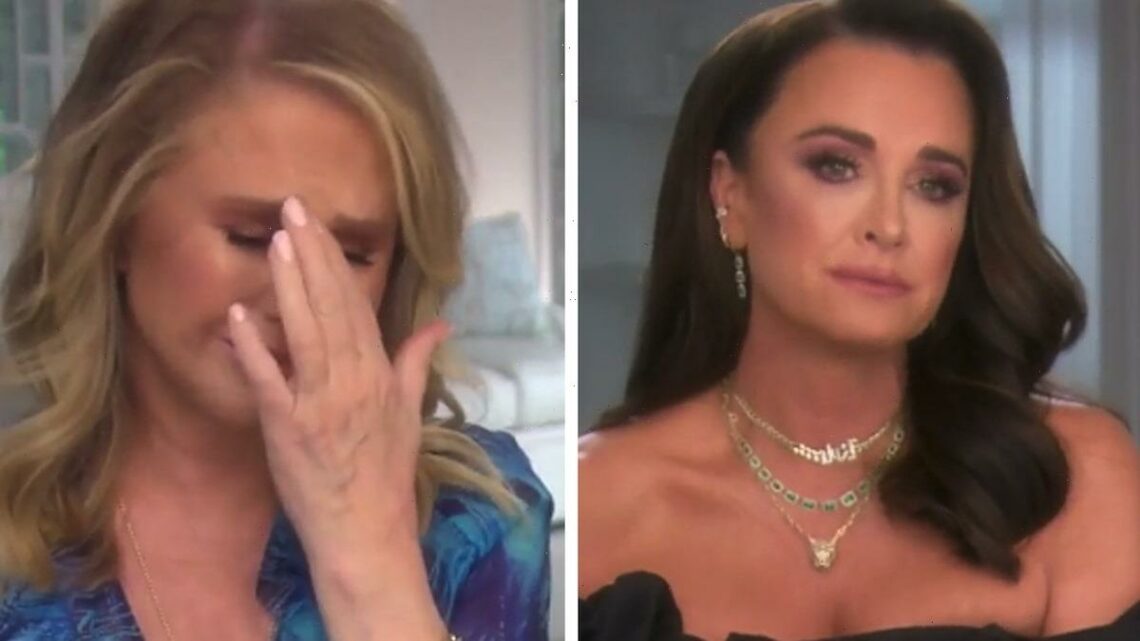 Kathy Hilton, Kyle Richards Reveal What Was Behind Years-Long Feud and 'Setbacks' In Their Relationship

Kathy said this was “unacceptable” and shared her concerns about Kyle’s TV show American Woman.

Before Kathy Hilton joined “Real Housewives of Beverly Hills,” she and sister Kyle Richards were estranged from each other for quite some time — an issue they only recently got past before filming the current season of the Bravo series.

On Wednesday night’s episode, the two sat down for a fancy TV dinner at Kathy’s home, where they addressed their feud after a lip-reader at Lisa Rinna’s beauty launch event brought up family “betrayal” during a game. The reader told Kyle she had actually Googled the cast before the party and saw the rift between them over “American Woman,” a short-lived Lifetime series inspired by their childhood.

“My sister and I had a lot of setbacks in our relationship,” Kyle explained in a confessional, filling the audience in on some backstory. “When Mauricio and I started The Agency, that was the first time Kathy and I ever had an issue,” she said, referring to her husband quitting Rick Hilton’s firm to go out on his own.

“And then I did ‘American Woman’ and I think Kathy thought that I was going to disrespect our mother or my sisters,” Kyle continued. “Anytime there was a conversation to try to create peace so that we could bring the family together again, it just never went well. That was a very hard time.”

Speaking with her sister, Kathy said “jealous people that made comments or whatever” about the show “really put mom in such a bad, bad light.” She also said in a confessional that she had a lawyer “write a letter” about the series saying “you’re absolutely not to try to use me, my family.” She added, “I would do that with my own kids.”

Kyle insisted the series was a “love letter to mom” — and reiterated that the show wasn’t about her but “inspired” by her. In a confessional, she added that it’s “difficult” to talk about the show with her sisters because she’s “always so scared, terrified that it’s going to spark another issue.”

“If it’s such a love letter to mom, why wouldn’t you have talked to Kim?” Kathy asked, to which Kyle said she did talk to him — but not to Kathy because the two “weren’t really speaking” already at the time. “I wouldn’t do that without talking to you,” added Hilton.

“If it was a real story about mom and us, I wouldn’t have done it. But it wasn’t,” Kyle said, defending the series. “I liked the idea of something in the ’70s, seeing a single mom and how they didn’t know how to navigate without their husband.”

Kathy, however, felt there were a few things about the show “that were off-color to me,” including what she described as a scene showing the mother character “floating in the pool with the champagne bottles, with the bills.” She added, “I didn’t like that.”

In a confessional, however, Kyle insisted that Kathy’s account of the series was “not what was actually shown.” She defended herself saying, “There’s not money all over. It’s Alicia Silverstone lying on a float in a pool, chilling, smoking. I really thought that was benign.”

Hilton told Richards that she was fielding phone calls left and right from people saying, “Oh my god, oh my god” — but Kyle said the people she was speaking with were only trying to “create problems.” Richards added: “We had a lot of outside toxic people contributing to the issues between us.”

Speaking to camera, Kathy boiled the feud over the show down to one thing: “The bottom line is if it’s in the show, then people think that’s your family and that’s just unacceptable.”

“Nobody does. You think I felt like that when it was Christmastime and you guys were all here and I wasn’t included?” Kyle then asked. “It was very painful for me.”

Brandi Glanville Details 'Hot Tub Fight' with Kim Richards: 'She Was Like Drowning Me'

As for when the dynamic between the three sisters started to shift, Kyle pointed to the death of their mother, who she believed was always the “mediator” between the women. Though she believed the three would have still had the same arguments with each other were she alive, Kyle felt their mother “would never have tolerated” the years “lost of not spending time together.”

She explained that time heals all wounds and was happy she and Kathy have since reconciled. Choking back tears, she added, “Now we can just be together and have fun and I don’t ever want to go back to that place.”

Kathy broke down in a confessional as well when she was asked what she regretted most about the decade they spent feuding, answering not “being together.”