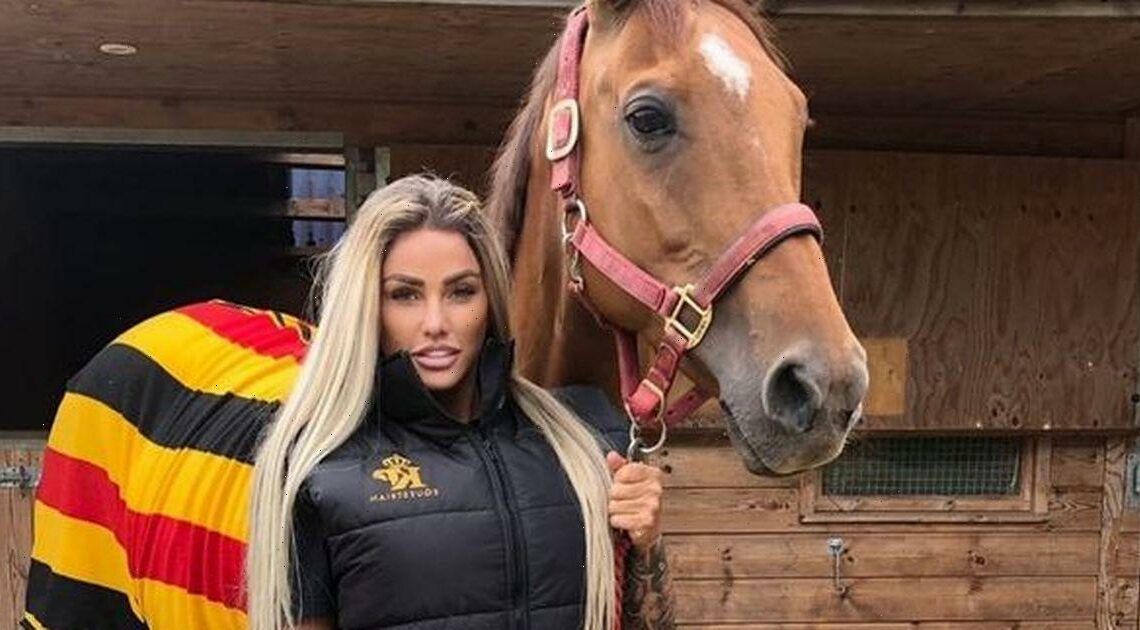 Katie Price has been slammed by fans for dangerous parenting after posting a picture of her two youngest kids on a horse without a protective helmet.

Katie captioned the photo, "My three babies" followed by red heart emojis and a horse emoji, showing her love for her children and her black horse.

Although her children, Jett, nine, and Bunny, eight, smiled at the camera, fans couldn't look past the missing riding saddle and helmets and sent criticism Katie's way.

READ MORE: Katie Price gutted as dog goes missing during her 11th holiday of the year

One took to the comments, saying: "Love the picture but where are your two babies riding hats? Appreciate the horse is still at time of picture".

Another added: "No hard hats ? Thank god none fell off and smashed their heads".

Others fled in to defend the star, stating there was no real risk whilst stationary.

A user advised: "No helmets needed on a stationary horse, stop always looking for faults," but someone quickly corrected their message.

"A stationary horse can still spook or move without warning x should always wear helmet", they said.

As her fans went back and forth, Katie, who has fallen off her horse twice this year, seemed unphased by the comments.

Katie's love of horse is no secret and her passion for riding has seen her splash £10,000 on a new horse despite being declared bankrupt at the time.

A source told The Sun that Katie was planning to "get seriously into competing again."

“When it comes to horses, money is no object to Katie – it's a worthwhile investment in her eyes," they continued.

However, Katie's fans have other plans for her animal adventures and launched a petition to ban the model from keeping anymore. The petition, which was started two years ago after her purchase her latest puppy, was signed by 24,000 people.