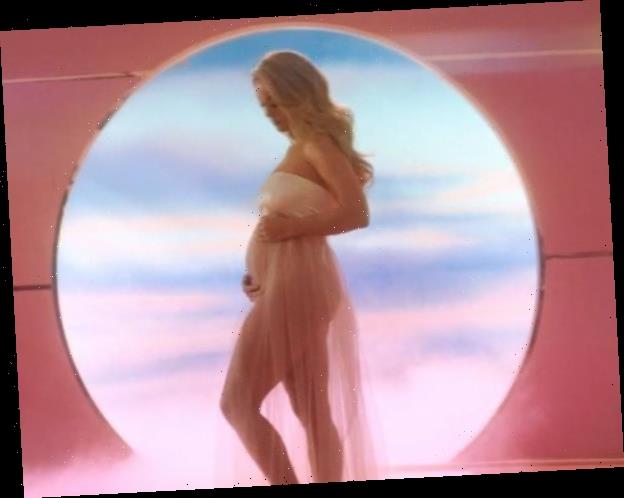 Katy Perry Thanks Fans for Their Support After Pregnancy Reveal

Katy Perry has been receiving a lot of love in the past 24 hours.

As fans will know, the superstar singer revealed that she’s pregnant in her new music video. At the end of her visual for “Never Worn White,” Perry could be seen cradling her baby bump, announcing the pregnancy news to the world.

“There’s a lot that will be happening this summer,” Perry told her fans on Instagram Live after releasing the music video. “Not only will I be giving birth, literally, but also figuratively to something you guys have been waiting for. So let’s just call it a double whammy. It’s a two-for.”

“I am excited. We’re excited and happy and it’s probably the longest secret I’ve ever had to keep,” the 35-year-old artist shared. “And I like to tell you guys everything but I knew I would tell you in the best way, which is through a piece of music because that’s…I guess that’s how I speak to you. That’s how we speak together to each other.”

Overnight, Perry returned to social media to thank her fans for all of their support, admitting she was a “bit nervous” to share the news with the world.

“love u guys so much. was a bit nervous about sharing something so personal like the song n the bump n I hv never gotten this much love n support, it’s overwhelmingly lovely. thank u,” Perry wrote, adding the hashtags #NeverWornWhite #babycat.

This will be the first child for Perry and second for Bloom, who shares son Flynn with ex-wife Miranda Kerr. And model Kerr showed her support for Perry by “liking” her baby announcement post on Instagram.

Perry has a close bond with Bloom and Kerr’s son, as she shared on The Ellen DeGeneres Show in September. These days, Perry is up early for school runs with Flynn.

“I used to not wake up until, like, 11 a.m., and now I’m in bed like a normal person at 10:00 p.m. just, like, falling asleep,” Perry said. “I guess this has definitely matured me. I guess this is adulting. That’s why I still dress like a child—to fight against [it].”

Doctors 'should have been more aggressive' in coronavirus treatment