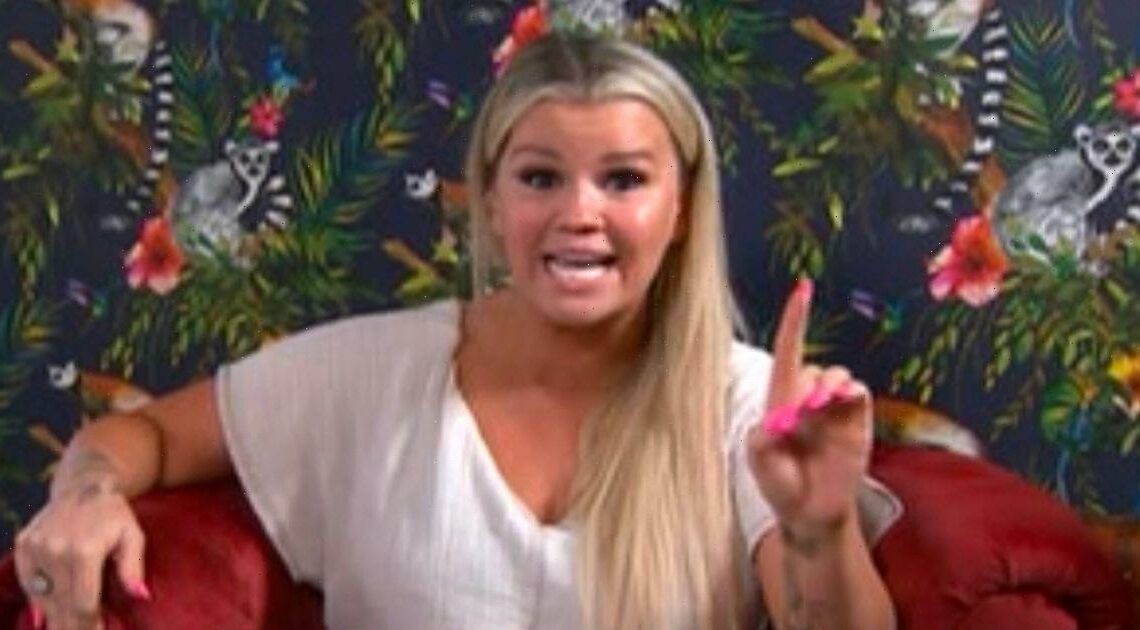 Kerry Katona has said Real Housewives of Jersey star Tessa Hartmann "should be bleeding arrested" for linking her OnyFans page to a child wearing a padded bra.

The Atomic Kitten babe was left furious after clashing with the businesswoman on Good Morning Britain during a debate about a high street store's decision to sell padded bikini tops for nine-year-olds.

After the cameras stopped rolling following the fiery war of words, Kerry took to her Instagram page before going live for her fans.

Sitting in her living room, the starlet went on to let rip about Tessa – savagely admitting she had no idea who she was.

Kerry said: "Honest to God, I just want to make it very clear, I don't know who the lady was.

"I have never heard of her. I found that was a real personal attack towards me and I don't understand why.

"I think because she didn't have a valid point that is why she did it."

Spinning the attack on its head, Kerry continued: "I am so grateful for the OnlyFans publicly on Good Morning Britain but then to also compare a 40-year-old lady who is on an over 18 sight to a nine year old child wearing padded bras is absolutely disgusting. What was she thinking.

"Why on earth would you compare what I do on an over 18 site to a nine-year-old child?"

As 933 fans watched on, Kerry continued: "That in itself is wrong. She should be bleeding arrested for thinking something like that.

"And let me be honest with you. When I say my daughters take my pictures. Lily is 18 and Molly is 20.

"Say if I go on a beach in my bikini and I saw to Heidi my 14-year-old, 'can you take a picture of me sweetheart?'

"What is the difference to me saying that to her when I am at home in my bra and knickers 'Heidi take a picture for me darling?'

"What am I doing wrong? What is the difference there? That wasn't what we were here to talk about.

"She was just trying to have a dig at me."