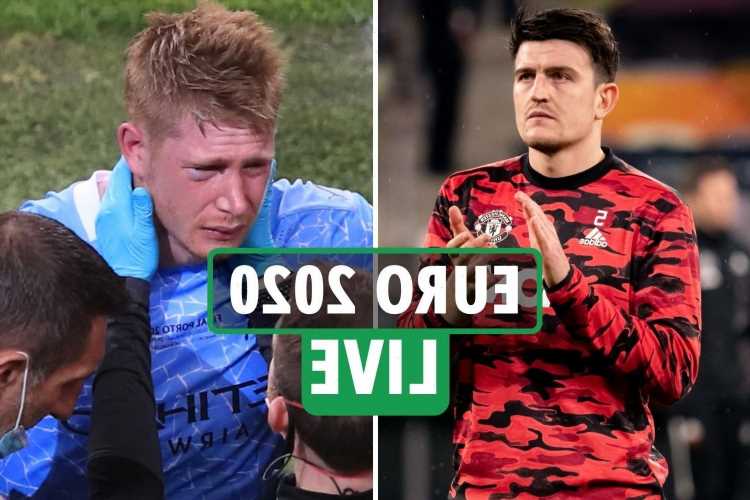 KEVIN DE BRUYNE could miss out on Euro 2020 for Belgium after suffering two broken bones in the Champions League final.

Meanwhile Matthijs de Ligt has clarified previous comments stating that he had turned down the coronavirus vaccine.

And Harry Maguire is increasingly confident of being fit for England vs Croatia.

Follow all of the latest news, build up and updates below…