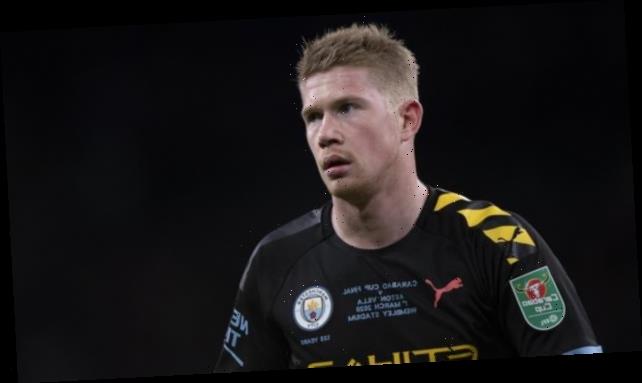 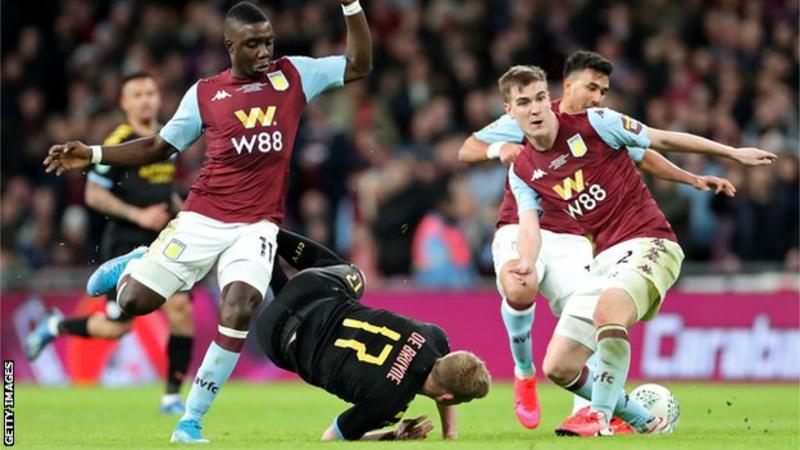 Manchester City’s Kevin de Bruyne is a doubt for Sunday’s derby against Manchester United with a back injury, says boss Pep Guardiola.

Guardiola said he did not know how long the midfielder would be out for.

“Kevin was not fit,” added the Spaniard, who revealed De Bruyne had suffered the injury in the Carabao Cup final win over Aston Villa on Sunday.

“It was the last game in the last minute – he fell down in a bad position,” said Guardiola. “We don’t know how long – hopefully not too much. I don’t know right now.”

De Bruyne has been arguably City’s best player this season and his absence at a critical stage of the campaign would be a setback for the club.

With Liverpool running away with the Premier League title, City are looking to add the FA Cup and Champions League to their EFL Cup success.

They play Newcastle away in the FA Cup quarter-finals while they have a 2-1 advantage over Real Madrid in the Champions League last 16 ahead of the second leg at Etihad Stadium on 17 March.

It was announced on Tuesday that City’s rearranged home game with Arsenal would now take place on 11 March and Guardiola will hope De Bruyne is fit by then.

City were far from their vintage best against Wednesday but Sergio Aguero’s goal helped them progress.

“The important thing is that we are there in the next round,” added Guardiola. “We want to be in the draw and we are in the draw.

“This was our fourth away game in a row and we have spent a lot of mental energy in the last few games. The players were absolutely ready. We didn’t concede one shot on target and that means a lot.

“We are still alive. We corrected a few things in the second half and we could have scored much, much more.”

Media playback is not supported on this device