Home » Kevin Huerter believes Hawks can flip script on Knicks: ‘Like the matchup’ 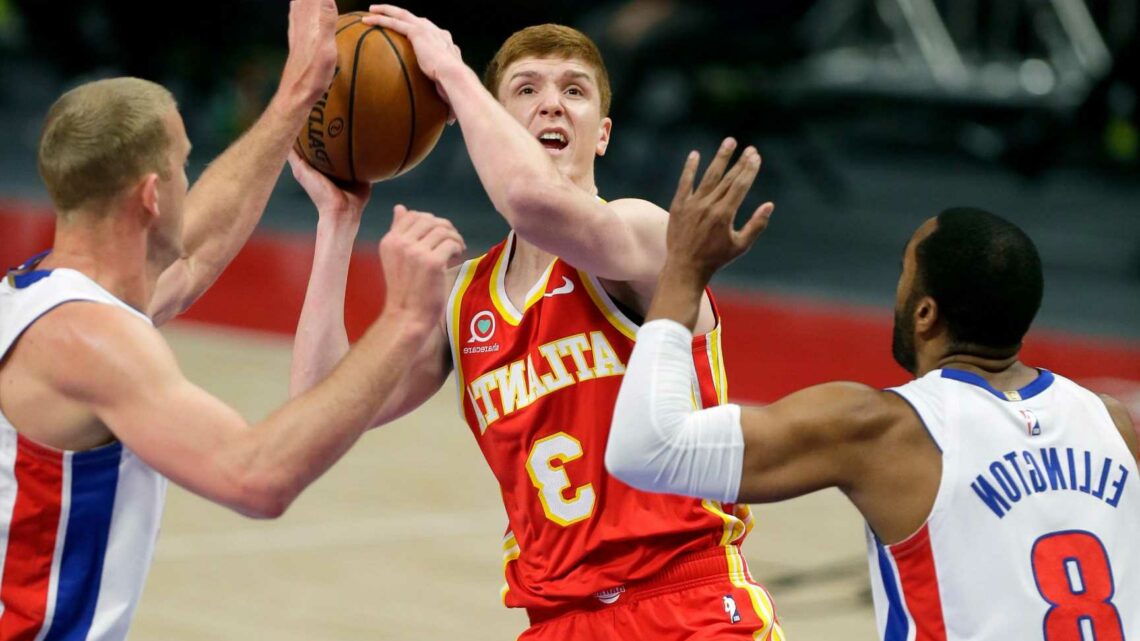 Kevin Huerter believes Hawks can flip script on Knicks: ‘Like the matchup’

Here’s what it costs fans to score Knicks playoff tickets

How to watch the 2021 NBA Playoffs: Full first-round schedule, channels

Kevin Huerter, a native of the Albany area, made his NBA debut at the Garden in 2018 and now the 3-point shooting swingman will play his first playoff game in the same spot Sunday as a key member of the Hawks.

“Kind of ironic how it’s all come together,’’ Huerter told The Post in a phone interview. “It’s easy for my friends and family to go to the game.’’

It’s a tight community in his native Clifton Park – between Albany and Saratoga. Shenendehowa is the powerhouse high school in the region but also Knicks country.

Despite a 0-3 record against the Knicks this season, the 6-foot-7, 22-year-old senses his club might spoil the Big Apple party.

“One hundred percent, we have all the confidence in the world,’’ Huerter said. “We don’t really look at those three games as being much of a factor going into the series. We feel really good about ourselves. They beat us three times this year but all three games we could have won. We like the matchup and are ready for the challenge.’’

“It’s going to be wild,’’ Huerter added. “It’s something we’re expecting. MSG definitely has a reputation of being a tough place to play when you get all the fans in there.’’

On the same night the Knicks took Kevin Knox at No. 9, 250 friends and family gathered at a country club in Rexford June 21, 2018. Ten picks later, the Hawks drafted Huerter at 19. The place erupted.

Huerter, who never worked out for the Knicks, had spent two years at Maryland and figured he was headed back for a third season. He shined at the NBA Draft Combine in the 5-on-5 scrimmages.

“It was a complete dream come true,’’ Huerter said. “I put my feet in to see where my draft stock was, still thinking of going back to college. But my game took off and I had really good workouts. To hear my name called with family and friends, it was everything I ever wanted.’’

Huerter has solidified his spot in the Hawks rotation in this third season, even after they made bawdy offseason signings of wings Bogdan Bogdanovic and Danilo Gallinari.

Huerter averaged 11.9 points, 3.3 assists and shot 36.3 percent from 3-point range. He started 49 games but an NBA source said Huerter is expected to come off the bench in this series for D’Andre Hunter with the idea of Hunter as an option to defend Randle.

“I’m always confident in myself and what I bring to the table,’’ Huerter said. “Even though they made a lot of moves, I was confident I’d find a way on the court.’’

Defense is a chief reason. He’s not just a 3-point marksman.

“Right away they like to talk about my 3-point shooting for reasons I don’t know,’’ Huerter said. “I’m known for shooting being my strength but defensively my energy has helped us in games. And to win big playoffs games, you got to defend.’’

That’s the Knicks’ cup of tea. While Atlanta was predicted as a playoff team, the Knicks were dismissed.

“They play hard,’’ Huerter said. “They’re well-coached and they have an All-Star in Julius Randle. You put all that together and they had a great season.’’

Huerter will enter the final year of his rookie contract in 2021-22 before becoming a restricted free agent. As a youngster, Huerter didn’t root for the Knicks as much as individual players — Chauncey Billups, Allen Iverson, Dwyane Wade,

“I’m never satisfied and still excited [about] what the future can hold,’’ said Huerter, whose father Tom played at Siena and was the team’s longtime broadcaster. “I’ve gotten playing time and an opportunity to be part of a team that’s building and had success this season. That makes me more excited for the future.”

Danilo Gallinari isn’t the only former Knick on Atlanta. Hawks top pro scout, Stephen Giles, was part of the last Knicks’ playoff team in 2013 as their advance scout for Mike Woodson’s staff.