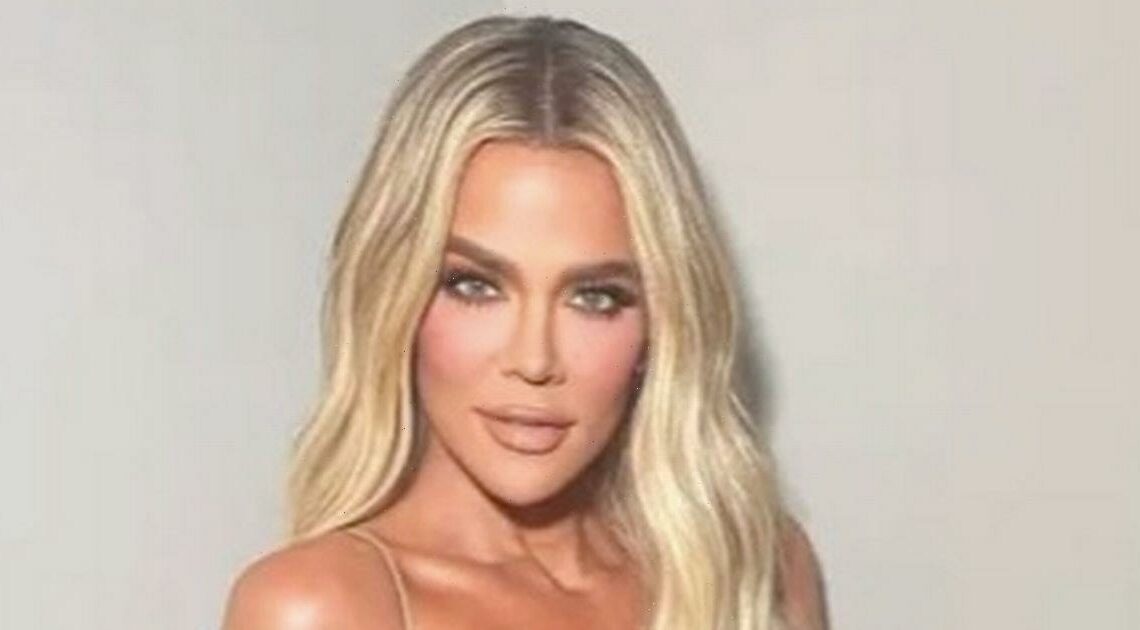 Khloe Kardashian has been accused of blackfishing in an interview with Ellen DeGeneres on her US talk show.

In the interview which aired in October, 2021 clip, Khloe is seen with darkly tanned skin and long blonde tresses

The reality TV star, now aged 37, drew attention to her slim physique in a skintight white dress with long-sleeves and matching pointy-toed pumps.

The bombshell allowed her long tresses to fall down onto her waist and drew attention to her pretty features with black eyeliner and fake lashes.

But fans on Reddit claim that Khloe's skin looked too dark in her interview and suggested she had over-tanned herself.

One said: "This is unacceptable blackfishing."

A third said: "How do they not get spray tan/body makeup all over their white clothing?"

A third added "My high school self would have killed for this spray tan at prom."

Khloe was also last week accused of trying to alter her appearance.

When Khloe's Good American denim company shared a picture of her posing in a tan crop top and low-rise white jeans with her midrift on show – her fans claimed it was a major Photoshop fail.

In the snap the star flaunted her sculpted abs and fans claimed she very clearly had edited her belly button.

One said: "The sad thing about the Kardashians is… they do workout but whatever flaws they have left they get nicked and tucked; look at the belly button! Plus no one has a perfect body… good lord please, be real!" one ranted.

"Photoshopped for sure!" a second agreed.

A third wrote sarcastically: "No photoshopping here!" with laughing emojis.

Khloe has denied having a "facelift" or any other invasive procedure, but admits she did have a "nose job".

She revealed on the Keeping Up With the Kardashians reunion: "For me, everyone says, ‘Oh my gosh, she’s had her third face transplant!' I’ve had one nose job!

"Everyone gets so upset, like, why don’t I talk about it? No one’s ever asked me! You’re the first person that’s ever asked me in an interview about my nose.

Khloe Kardashian's representatives have been contacted by Daily Star for comment.

I want to buy a holiday home in Wales but is stamp duty rising there?