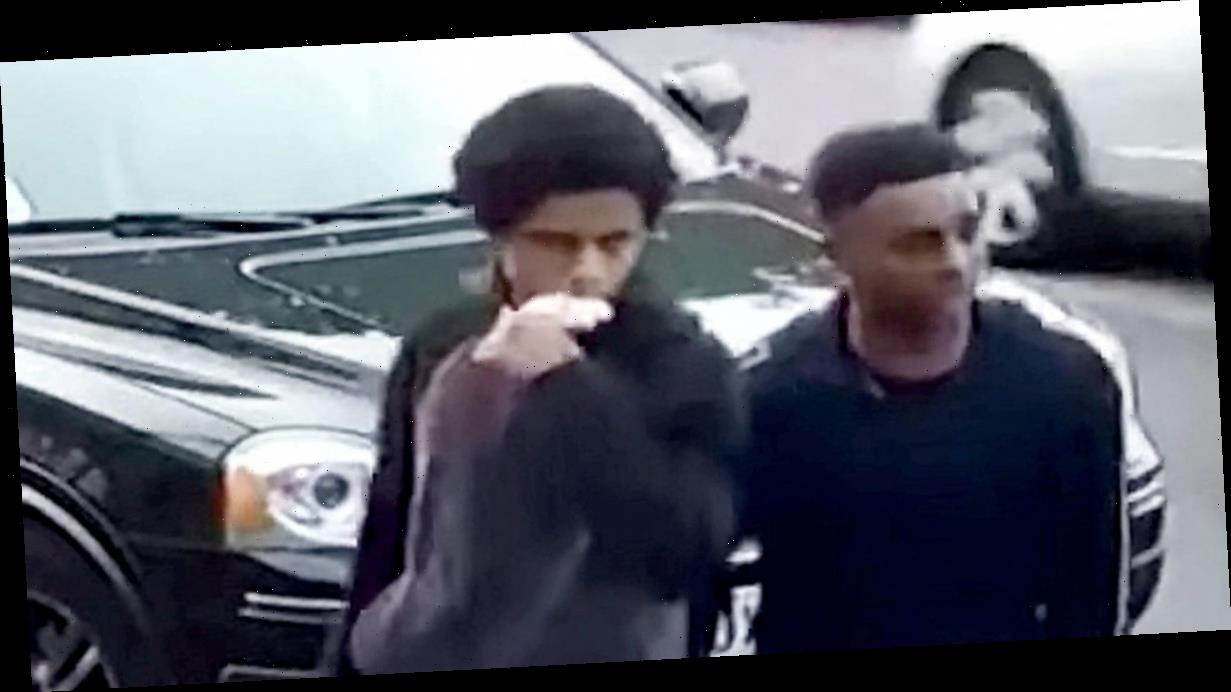 Two killers who shot a man in the face before being caught ordering chicken and chips on CCTV have been jailed for life – with a minimum of 32 years.

Sharn Miles, 20, and Ty Blake, 19, shot James Teer in the face at point-blank range with a shotgun on the evening of August 8 last year.

James, 20, who had been playing football with friends in Erdington, Birmingham, died at the scene yards from his front door just weeks before from his 21st birthday.

He was ushered by the killers to their stolen BMW – before being murdered in an "execution-style" killing at point blank range.

Passing sentence today, Mr Justice Martin Spencer told how Miles had recruited Blake for £550 to take part in the killing after getting involved in an altercation with James four days earlier.

Mr Spencer said: "You (Miles) could not let it go. You recruited Blake. You (Blake) got £550 that is how cheaply you valued the life of James Teer."

“You called over to him. You Blake shot him dead without warning. It was more like an execution

He continued: "This was a cold blooded killing carried out mercilessly.

”You Blake went to a house party as if you did not have a care in the world ”However you made a number of fatal errors in your planning.

“Your only hope of escape was to blame each other. However the jury have seen through your lies."

Heartbreaking statements from Jacqueline Brown, Mr Teer’s mother, said: “Our son was a grounded and well loved young man. He was a handsome man adored by his family.

”He had a big heart and a great sense of humour. He enjoyed life.

”He was just starting to enjoy life as a young man. He was going on his first holiday. He had joined a gym. His family and friends are devastated. I could not believe that James was lying dead in the street.

Aaron Teer, one of his brothers, said “I cannot bring myself to go out any more. I wish it was me who had been shot so James could lead a full life.

“Since his murder I have had on going pain and suffer from depression.

”I can understand why anyone could have been so brutal. Rest in peace James your legacy will go on forever.”

Both killers have now had their previous convictions revealed to the court.

Miles had a conviction for burglary and attempted theft and handling stolen cars.

Blake had a conviction for attempted robbery for which he received a referral order.

Shockingly just 20 minutes after shooting a man in cold blood callous killers Miles and Blake were seen on CCTV casually walking into a takeaway and ordering chicken and chips.

Detectives from West Midlands Police found a blood-stained tissue was inside the stolen BMW used in the drive-by which returned a DNA hit to Blake and officers arrested him six days later.

It’s understood Blake, from Shard End, suffered a cut lip during the killing when the shotgun recoiled into his mouth.

He used the toilet paper to dab away the blood – as seen in CCTV images after the brutal killing.

Officers conducted a painstaking trawl of the CCTV and plotted the BMW’s route over several miles from Erdington to Miles’ home in Gowan Road, Alum Rock.

They seized more clips showing the car earlier in the day before the pair had chance to fit it with cloned number plates.

That led them to the owner’s address in Leicester where the car had been stolen in the early hours of August 8.

And examination of phone records showed mobiles linked to Blake and Miles were active near the burgled house at the time.

After the shooting the killers drove a short distance, dropping the gun at Miles’ home, before going to the nearby takeaway.

Mr Griffiths said: “They purchased food and consumed it within 30 minutes of James’s death, showing no signs of emotion.

"They were absolutely callous in relation as to how they carried out this attack.

“It is so hard to understand that somebody could react in such a plain way after causing such injuries to another person.”

Miles and Blake were arrested within a week of the shooting.

The men had used a high-performance BMW in the killing, stolen off the driveway of a home in Leicestershire hours before the attack.

Enquiries also identified Coventry woman Lauren Malin, 20, from Community Close, Aldermoor Green, was involved in the car theft and drove Blake from Coventry to Birmingham shortly before the shooting.

Malin was cleared of murder but convicted of burglary.

He told the family of the victim “You heard the harrowing evidence. You have my admiration in the way you conducted yourselves.”