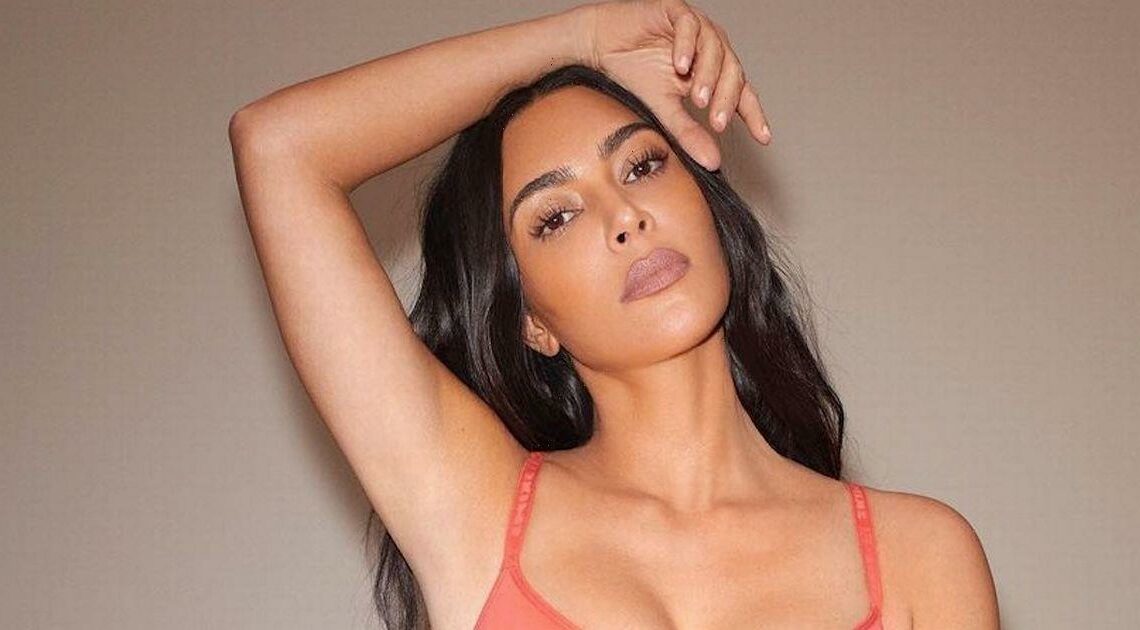 Kim Kardashian and Pete Davidson looked loved-up and cosy while out in Staten Island on an intimate cinema date night, when a fan snapped a quick selfie with the duo.

The famous pair were in Pete's hometown on Saturday night, enjoying a double date with Scott Disick and a mystery woman.

Arm in arm, the foursome were papped when they arrived at a cinema where they reportedly watched the new box office smash hit House of Gucci, which stars Lady Gaga.

It was also reported that the four love birds enjoyed a dinner at Angelina’s Ristorante.

Reality star Kim, 41, and 28-year-old Saturday Night Live comedian Pete posed with fans and took some selfies – one of which being with a man who seemed to be working at the restaurant.

Kim and her new beau could be seen flashing peace signs as they posed for the selfie with a fan, as the duo both donned cosy coats and Kim wore a black face mask with her outfit.

Underneath the photo, the caption read: "Thank you Kim Kardashian, Pete Davidson, Scott Disick & others for having dinner at Angelina’s last night. Truly great to serve, come back anytime."

Kim's sister Kourtney's ex Scott was in attendance and also snapped a photo in the restaurant with a member of staff – although his mystery woman wasn't in sight.

Pete is a comedian on SNL and acted with Kim in an Aladdin-themed sketch when the pair locked lips.

A source then spoke to E! News, where they said: "They are really happy and seeing where it goes," inferring that the pair were getting close.

"Pete has told her he doesn’t want to see anyone else. She is telling some people they aren’t super serious but she isn’t seeing anyone else… She’s trying to not make a big deal about it but is super into him.

"Kim is smitten over him and it’s very exciting to her."

This all comes to light after it was reported that Kim filed to become legally single around the same time that her ex Kanye "Ye" West desperately tried to win her back.

Not only does Kim want to be declared 'single' – but she wants to drop West from her name so she's completely detached from her estranged husband.