Kim Kardashian is being publicly skewered for taking zero bites of food and appearing to “fake” chew in her new Beyond Meat ad.

“I believe so much in the mission of Beyond Meat that I’ve stepped in to help with my greatest asset – my taste,” the reality star, 41, said in the vegan company’s 30-second video that debuted Tuesday on Instagram.

While Kardashian recited her lines straight to the camera while in a kitchen for the commercial, a chef placed a variety of dishes containing the plant-based meat substitute in front of her.

First up was a vegan burger cut in half, which the Skims founder held up to her face while she moved her closed mouth in a chewing-like motion. As many social media users pointed out, the sandwich remained intact.

“She didn’t even take a bite of the burger,” one observer commented, while another noted, “The hamburger wasn’t bitten.” 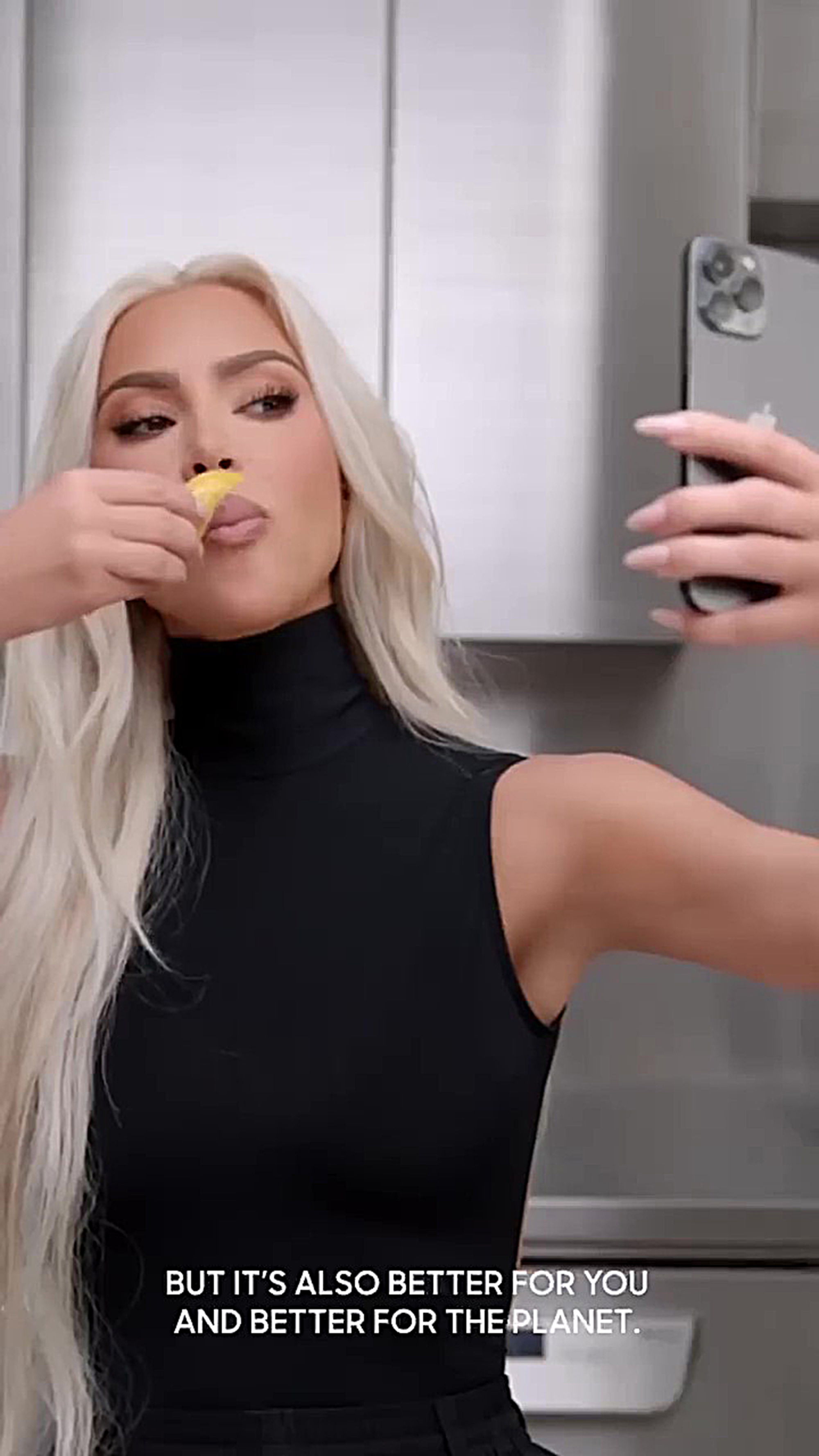 Kardashian then used a fork to stab a plant-based meatball, which she held up to her face, before squeezing a lime over a plate of tacos.

“This plant-based meat is not only amazingly delicious, but it’s also better for you and better for the planet,” she said as she continued the same chewing-like motion.

The next scene showed the reality star using her fork to pick up some bratwurst before fist-pumping the chef.

“It’s a simple change that makes a really big difference,” Kardashian said of making the switch to a plant-based diet. “And now that I’m Beyond Meat’s Chief Taste Consultant, there’s never been a better time to go beyond.” 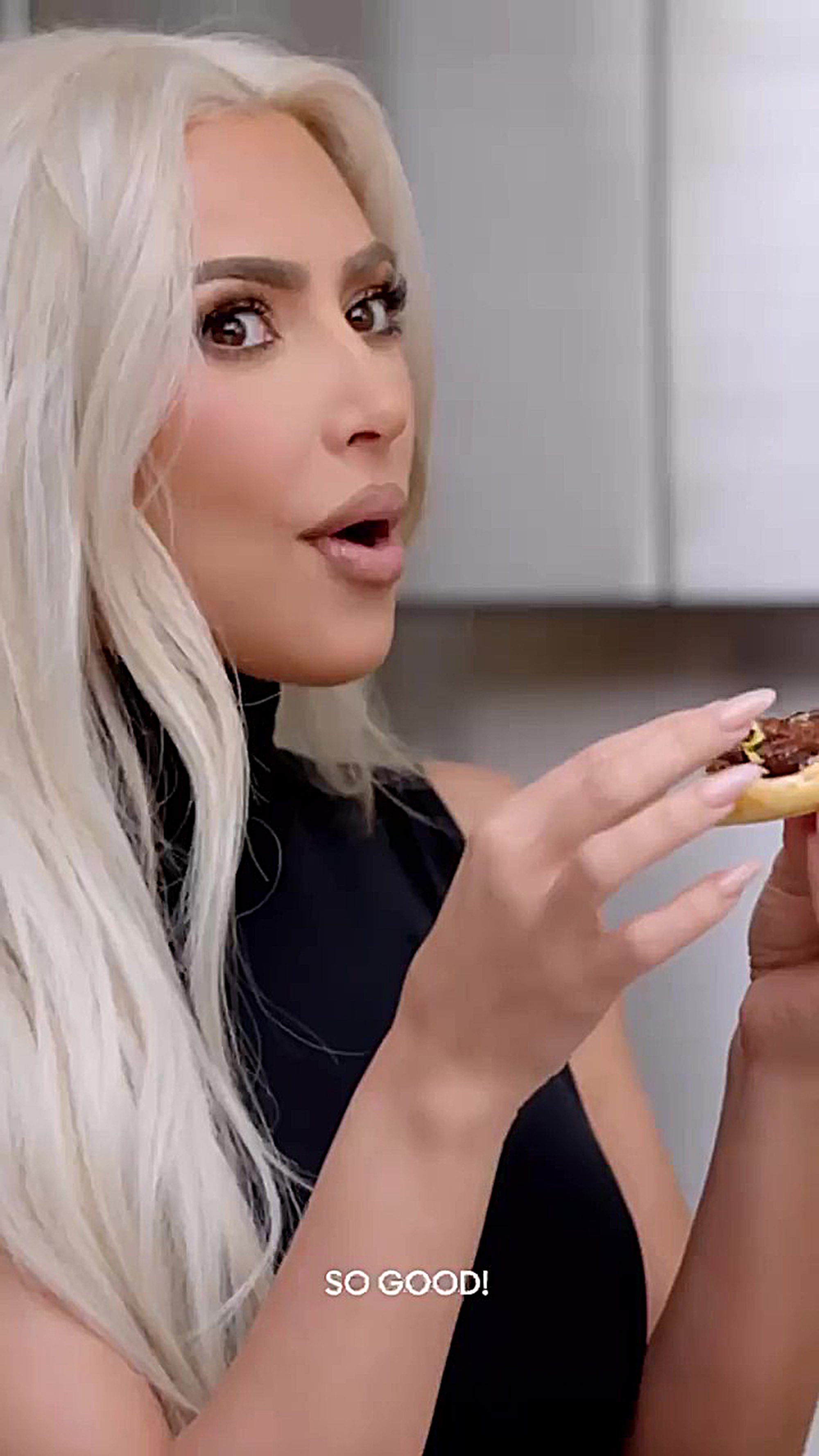 “You didn’t show her actually consuming the product… 🤷🏽‍♀️ Did she actually eat it?” wrote one critic, who was among several arguing that the ad actually made them not want to purchase the product.

“I ain’t buying it cause you ain’t really eating it 🤣.”

The wisecracks were endless, as many dropped comments like, “Fake eating… I see you 🤨,” “You didn’t even eat the food 😂😂😂😂,” and “This is beyoooond meat, so good you don’t even have to eat it 🙄.” 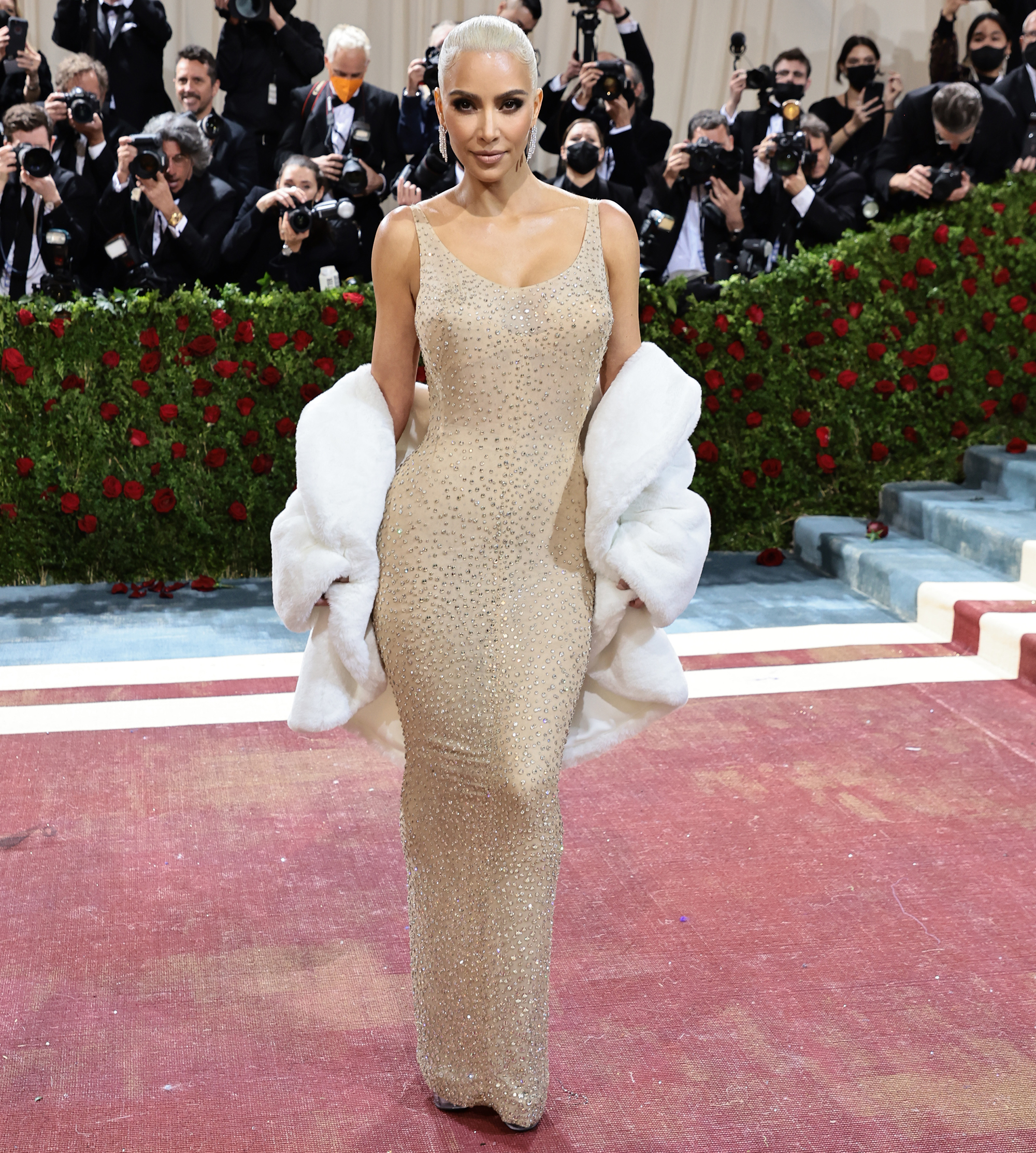 However, others were quick to praise Kardashian for using her platform to promote plant-based eating.

“To my beautiful vegan fam, especially my fellow ethical vegans, please think critical and understand the impact this collaboration will have in terms of the massive influence,” one vegan activist commented. “To have @kimkardashian encouraging her 300 million plus followers to eat plant-based is simply a win for animals and the environment no matter how you view it.”

They added, “None of us and I do mean none of us have that type of influence and access to that many people globally on none of our social media platforms like she does. Even if you have all of us combined our following, we still don’t have that type of reach she does. So, this is a W in many capacities.”