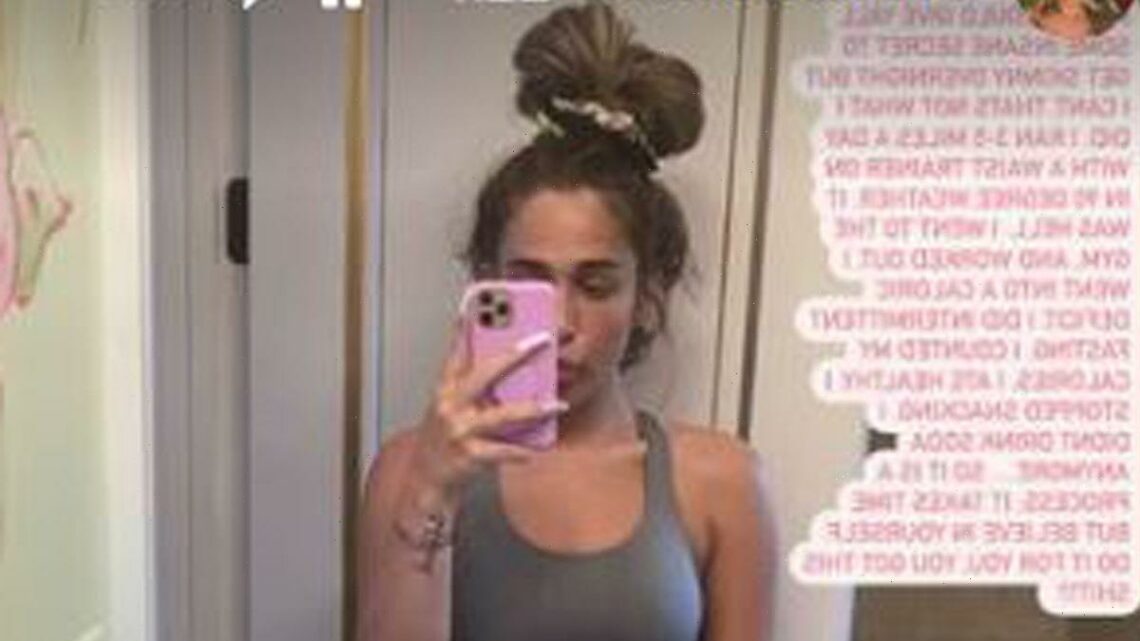 Kim Zolciak’s daughter Ariana Biermann addressed the speculation that she has an eating disorder after trolls criticized her dramatic weight loss.

“I’m so over everyone acting like I lost 50 pounds overnight,” the 19 year old wrote on her Instagram Friday alongside photos of her health journey. “I was 167 my sophmore [sic] year. 145ish my junior, started really working out, eating healthy etc. January of 2020. I am now 118 over a year and a half later. I was 125 last summer. Please stop. I do not have an eating disorder.”

“I worked my ass off to get to were I am today,” she continued. “I am not sick. This is ridiculous and awful to say to someone. Stop commenting on people’s bodies and worry about yourself.”

After saying she wished she could share “some insane secret to get skinny overnight,” the teenager revealed she ran three to five miles a day with a waist trainer and regularly worked out at a gym. She added, “I went into a caloric deficit. I did intermittent fasting. I counted my calories. I ate healthy. I stopped snacking. I didn’t drink soda anymore.”

“So it is a process. It takes time. But believe in yourself. Do it for you. You got this sh–!”

Although the process was “not easy,” Ariana said it was the “best thing” she did for herself and her body. “Change doesn’t happen overnight,” she wrote.

The last photo featured Ariana playing on a beach in a swimsuit with the caption, “‘I’m so happy with myself. I’ve never felt so beautiful.”

The public backlash started as far back as May when a follower dragged Ariana and her mother after Ariana shared a picture of herself in a tube top and jeans.

“How thin is too thin? When you’re Ariana thin 🔥🔥 as a parent the red flags are everywhere and mama Kim needs to step in before it’s too late 😢😢 compliments only encourage people to get thinner and obviously by all the body selfies it’s working 😮😮”

I’ve been to hell and back again, first cancer and now with sepsis
Recent Posts