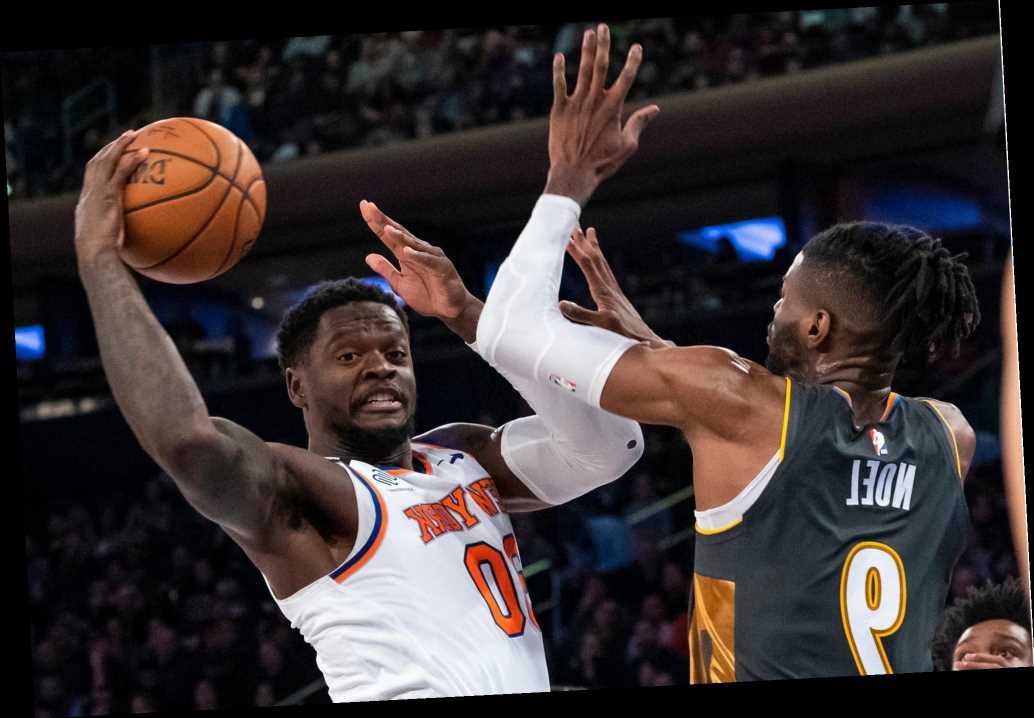 Friday featured an all-too-familiar scene at the Garden, with the Knicks getting blown out, 126-103, by the Thunder in a lackluster effort.

The Knicks (19-44) lost for the eighth time in 10 games as their miserable season limps toward the home stretch. Fans in the nosebleeds mustered a light “sell the team” chant in the fourth quarter, though the seemingly non-stop arena music drowned out most of it. The music kept playing late, even through a pair of Bobby Portis free throws with 1:05 left.

If nothing else, the Knicks got a first-hand reminder that Chris Paul can still play, as the potential summer trade target had a strong showing in front of his former agent and new Knicks president Leon Rose. Paul finished with 21 points on efficient 8-for-13 shooting, with 12 assists and three rebounds.

Paul’s deep 3-pointer early in the fourth quarter opened up a 30-point lead for the Thunder, 108-78. It came after former Knicks lottery pick Danilo Gallinari, who racked up 22 points, put the Thunder ahead by 20 points in the third quarter.

As if that weren’t enough, Shai Gilgeous-Alexander — a budding guard who was drafted two picks after the Knicks took Kevin Knox in 2018 — finished with 18 points, five assists and three rebounds.

Paul closed out the first quarter with a pretty, high-arcing jumper that drew some “oohs” from the crowd. That gave the Thunder a 27-20 lead as they finished the quarter on a 13-3 run.

The Knicks got within 36-34 on a dunk by Mitchell Robinson, who made his return from a one-game absence due to a hamstring strain, but the Thunder answered back with Gilgeous-Alexander getting hot and pulling them ahead 49-39 with 3:47 left in the first half.

The Thunder took a 61-48 lead into halftime, with the backcourt tandem of Paul and Gilgeous-Alexander combining for 23 points (on 9-for-11 shooting) and seven assists.

Frank Ntilikina injured himself early in the second quarter, intentionally fouling to get himself out of the game with 8:33 left. He briefly got checked out on the bench before heading to the locker room with his right shoe off. The Knicks announced he was questionable to return with a strained right ankle, though he did get back on the court in the fourth quarter.