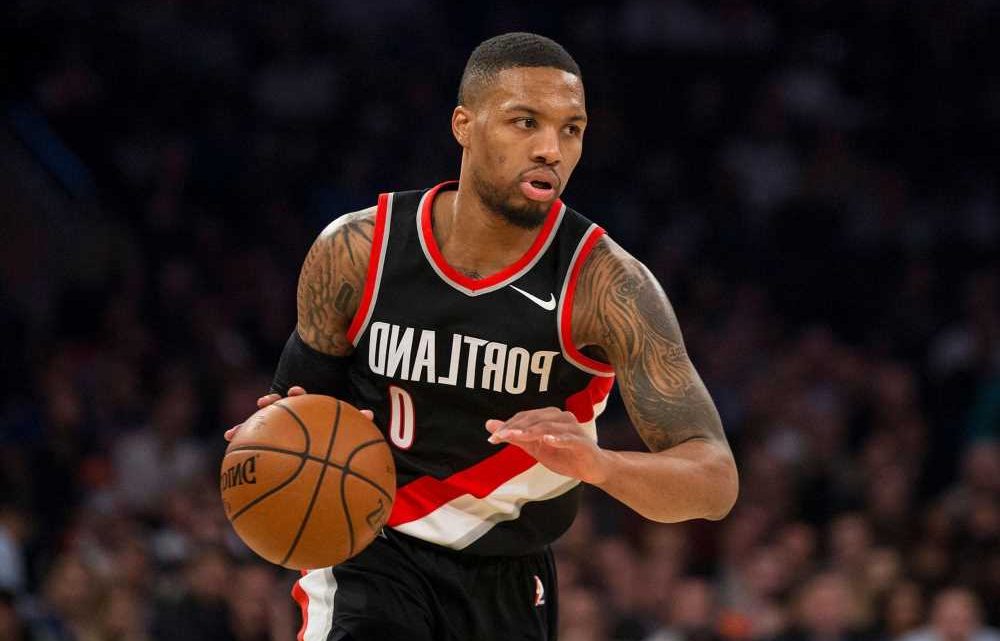 Knicks watching for opportunity to pry Damian Lillard from Blazers

‘We have to pick him’: Knicks star’s rise from draft doubts to budding All-Star

The Knicks really needed this

Knicks fans will be enraptured by this postseason, when their team finally will compete in games — whether it’s in the new play-in tournament or the actual playoffs.

But Knicks fans will want to direct their attention out West to check on the fortunes of another club: the slumping Trail Blazers.

The Knicks are gearing up to be heavy hitters either on the trade market or in free agency this summer — with point guard their top priority — and they have their antennae up regarding the status of Portland superstar Damian Lillard.

A tantalizing piece by Yahoo Sports reporter Chris Haynes, who reportedly is close to Lillard, looked to be a passive-aggressive cry for help for Lillard. The indication was Lillard may be starting to lose patience as the Blazers sit in seventh place and have yet to bolster the roster with a fellow superstar.

“No one has ever questioned the fight in Lillard,’’ Haynes writes. “But it is fair to ask if he’s been fighting the good fight alone.’’

If the Blazers make Lillard available, the Knicks will be ready to pounce.

It’s almost a perfect match. The Knicks have a trove of first-round picks, young prospects and a league-high $60 million in cap space to absorb his contact, which is worth $176.3 million over the next four years, according to Spotrac. They also have assistant coach Johnnie Bryant, a fellow Oakland, Calif., product with whom Lillard shares a close bond.

“That’s my big brother,’’ Lillard said in 2017 of Bryant. “I remember barely being in the seventh grade, getting ready for an AAU tournament and Johnnie was in college at Utah, and they would come back and scrimmage us on outside courts with no net.’’

If Portland doesn’t get out of the play-in tournament, the loyal Lillard could finally realize things are never going to get rosier in the Rose City. The Blazers have no cap space this summer to add a star.

Even the nickname of the city Lillard plays in is karma for Knicks president Leon Rose, who will seek to add another star to the marquee duo of Julius Randle and RJ Barrett.

Lillard was not quoted in the story, but the author wrote:

“The six-time All-Star desperately has stated repeatedly that he craves to bring a championship to Portland. But with each head-scratching loss and early postseason exit, his desire to fulfill that craving is appearing more and more like a pipe dream.

“Simply put, Lillard has not received the help he needs to win a title in this era,’’ Haynes added. “As he turns 31 this summer and considering all he’s done for the franchise, a more aggressive, risky approach is needed in order to pair him with another bona fide star.’’

The Knicks have a stock of first-round picks — five over the next three drafts. They have two first-rounders in this draft.

Though it’s not likely, the Knicks could have two lottery picks in the draft this July if both they and the Mavericks make the play-in tournament and lose. The Knicks also have the Pistons’ second-rounder in this draft, which could be 31st-overall pick.

On draft night, the Knicks will have trade flexibility because they will still be $13 million under the cap — one factor in their patience at the trade deadline.

According to one league executive, the Knicks likely would be willing to trade three or four of their first-rounders in a deal for Lillard if that means they can hold onto Barrett and Obi Toppin.

With defensive center Nerlens Noel playing so effectively, it stands to reason that injured center Mitchell Robinson could even be made available as a centerpiece with the first-rounders.

The Knicks likely view a trade for Lillard, averaging 28.2 points and 7.4 assists, as being one of the final two pieces to being an Eastern Conference title contender if they don’t lose a core player in the deal.