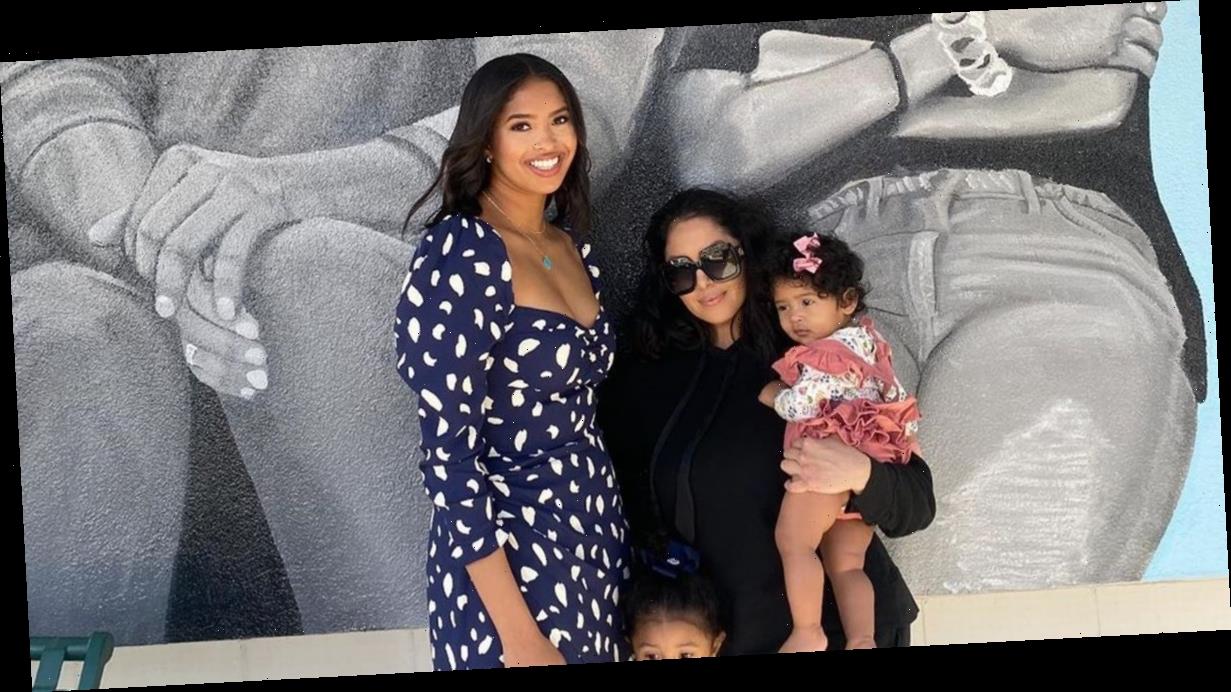 The late Kobe Bryant's wife Vanessa Bryant has taken to her Instagram account to share a touching tribute to her husband and daughter Gianna who were killed in a tragic helicopter crash that also claimed seven other lives.

The basket ball stars wife shared an image that showed her daughter Natalia with a beaming smile in front of the art work, that had been captured in memory of Kobe and Gianna.

Kobe and his 13-year-old daughter, who died in the devastating crash, are shown in the painting sharing a loving and happy embrace together as a halo appears to shine bright above Gianna's head.

In the images shared on Instagram, Vanessa's eldest daughter can be seen standing in front of her two family members alone and putting on a brave smile while another picture showcased Vanessa with dark glasses and her entire brood.

The tear-jerking images caught quite a lot of attention from social media spectators, with both posts racking up over 4 million likes on the digital platform in just a short space of time.

Speaking to followers on Instagram, Vanessa recited the lyrics from Nat King Cole's song Smile, showing her feelings and telling the world that her family are wearing smiles even though it's tough.

She emotionally wrote: "Smile though your heart is aching. Smile even though it's breaking.

"When there are clouds in the sky, you'll get by, if you smile through your fear and sorrow.

"Smile and maybe tomorrow… you'll see the sun come shining through for you.

"Light up your face with gladness, hide every trace of sadness.

"Although a tear may be ever so near, that's the time you must keep on trying.

"Smile, what's the use of crying?

"You'll find that life is still worthwhile. If you just smile.

"That's the time you must keep on trying. Smile, what's the use of crying?

"You'll find that life is still worthwhile. If you just smile."

Vanessa recently hit the tabloids after she filed a lawsuit that suggested the flight should have never been allowed to take off given the heavy fog on the day of the tragic crash.

According to new publicationTMZ, Kobe's wife believes that the aircraft should have never been placed in danger and the pilot was flying recklessly.

The lawsuit alleges that Island Express were only allowed to fly under certain visual flight rules.

It would seem the the weather conditions in the area on the day of crash would not meet regulations, meaning the flight should have been grounded.

The fog was low and it is believed that the helicopter would have flown in conditions which would have obscured the pilot's vision shortly before it went down.