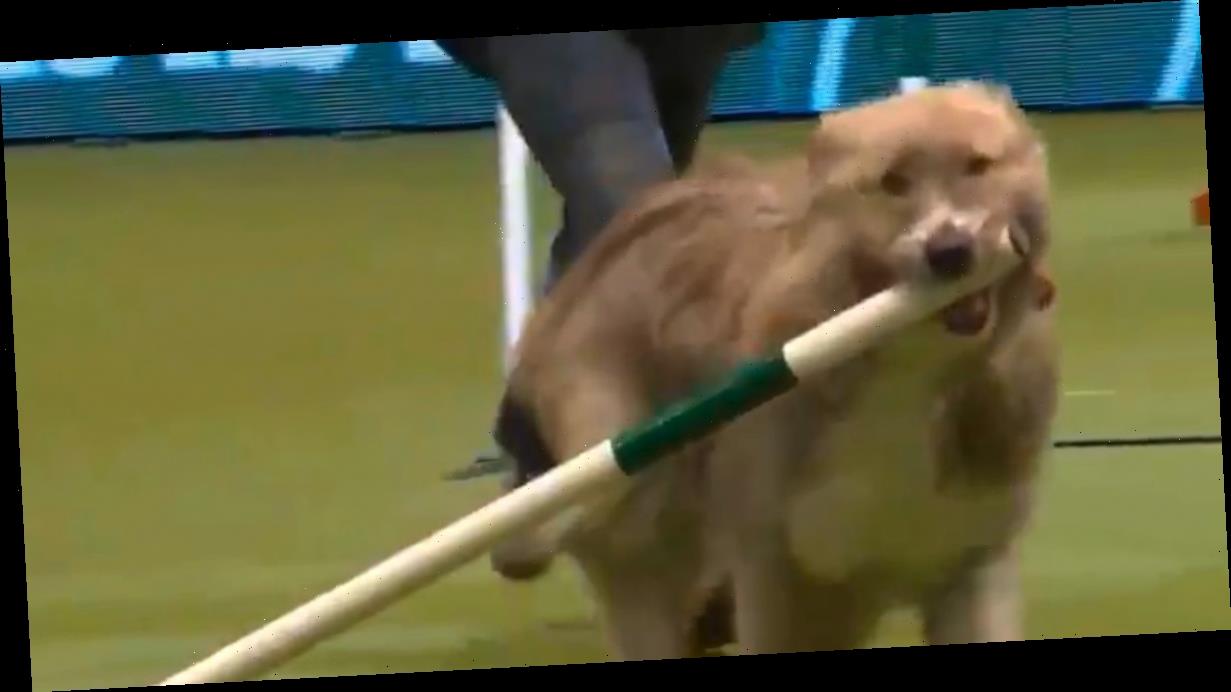 Crufts is often associated with pampered poodles and well-trained terriers as dog owners compete to prove their pets are best in class.

But one dog has taken this year's event by storm for all the wrong reasons, and it's not the first time he's done it.

Rescue dog Kratu has previous at the iconic dog show, having first rocked up as the bad boy of Crufts – that all the guys want to be like and all the girls want to be with – back in 2018.

In what was reportedly his farewell appearance before he sadly retires, the Carpathian-Mioritic mix went out with undoubtedly his finest performance on the agility course to date.

He begins the flawless routine with a perfectly executed peekaboo in the tunnel, before bounding away and circling back round to treat the crowd to a reverse peekaboo – a rarely-seen move which carries the highest degree of difficulty.

After making his way to the edge of the performance space, expertly demonstrating use of the whole area, he takes a few more trips through the tunnel before carrying off a skill which truly brings the house down.

Kratu heads over to one of the jumps, doesn't fancy it and instead picks up bar in his mouth and pegs it away looking absolutely delighted with himself.

Clearly unable to comprehend the genius before them, the commentators say: "Excuse me, now that is clearly against the rules.

"That has to be a few faults that. It actually has to be the first time I have seen a dog take a chunk out of an obstacle.

"He likes the taste as well, I think. What a rascal, an absolute rascal."

He may not play by the rules, but Kratu was the clear winner of this year's Crufts in Birmingham for many who were lucky enough to witness the breath-taking performance, which was part of a demonstration by rescue dogs.

One said: "Kratu dazzles with his stick and tunnel work at Crufts."

A second added: "Well done Kratu the rescue dog for bringing the house (jump) down at Crufts."

Another added: "Love it. You do things your way and I'll do my thang. Dont be a sheep, unless you are a sheep."

It's 10s across the board from us, Kratu. Enjoy your retirement.