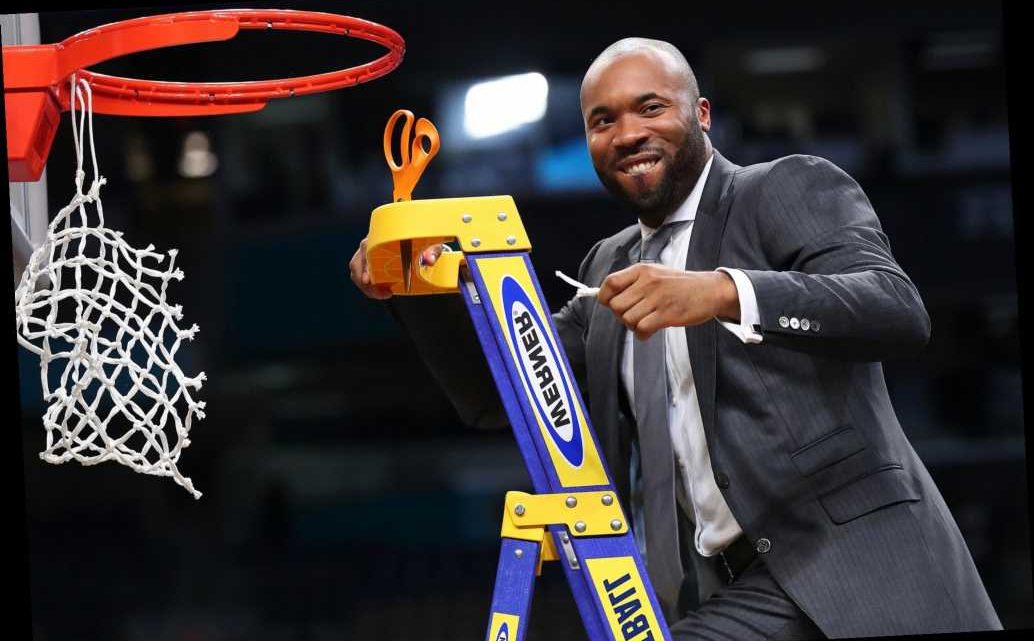 Nets can look to Yankees as billion-dollar cautionary tale

USC won't back down from gigantic Gonzaga challenge

There, in a pre-taped intro, was Fordham’s president since 2003, Father Joseph McShane, who said, it is “my great honor and my pleasure to introduce our new football coach.”

A few minutes later, before cutting back to host Andrew Bogusch, in one last Wayne-and-Garth-from-the-basement moment, McShane asked the camera, “Was that OK?”

Now, it should be said here this is neither a reflection on Fordham’s magnificent communications program, which is rich in distinguished graduates, nor on Neptune, who has impeccable basketball credentials. Simply a reminder that Fordham’s grotesque recent basketball history didn’t happen in a vacuum, that is was awful leadership by the likes of McShane and equally overmatched former AD David Roach that helped dig this hole.

Now it is up to Eddie Kull and Kyle Neptune to build a ladder — first to stability, then to respectability, and then to whatever may lay beyond.

Kull is the freshly minted athletic director who conducted a long and exhaustive search. There were many who assumed he would hire someone with previous coaching experience, and some who were surprised when Neptune was plucked off Jay Wright’s Villanova staff in favor of other candidates like Bryant’s Jared Grasso or Saint Peter’s Shaheen Holloway, or some bold-faced dark horse like ex-Manhattan and ex-St. John’s coach Fran Fraschilla.

But back at the beginning, not long after he dismissed ex-coach Jeff Neubauer and not long before the “interim” tag was removed from his title, Kull had said this about the job for which he was about to recruit: “Good coaches aren’t good just because they have a won-loss record. You have to know a guy is ready, and that he’s committed. You don’t get that by reading a media guide.”

Every coach has his first job. There is no more celebrated coach right now than Mark Few, who had never spent a minute as a head coach before being named Gonzaga’s in 1999. That one’s worked out fairly well for Fordham’s Jesuit sister school in Spokane.

Neptune has learned from the best, winning two national titles as part of Wright’s staff, working for three years prior to that under the great Joe Mihalich when the recently retired Hofstra coach guided Niagara. He is a New York guy, born in Brooklyn, familiar with Rose Hill gym from his time as an AAU player and a major-college recruiter, wise enough to know enough to spend Monday night crawling Arthur Avenue.

“I had to loosen my belt after that meal,” he joked.

There is no blueprint for how to win at Fordham because only Nick Macarchuck briefly discovered that code going all the way back to Tom Penders. Neptune can craft his own floor plans, and Kull has insisted all along the new coach will be able to do so as he sees fit, that the glue traps of the past will be loosened.

“We’ll make this a difficult place to play,” Neptune promised and that is job one, restoring Rose Hill Gym to its past glory as a rat trap for visitors, rather than a welcoming home-away-from-home for rowdy road-trippers from Dayton, Davidson and Richmond.

Let us hope so. Because the city could use Fordham as a legit basketball force right now. The roster of alums who taped formal (and polished, as opposed to McShane’s) greetings for the meet-and-greet — Michael Kay to Jack Curry to Spero Dedes to Chris Carrino to Jack Armstrong — were all unified in their support, and seemed on the verge of breaking into the school fight song: “Once more the Old Maroon waves on high ….”

(And, for the record, if you think the small corps of St. Bonaventure media alums is annoying whenever the Bonnies are good, just wait until the army of Fordham grads with microphones is unleashed …)

But perhaps the most notable greeting came from Stephanie Gaitley, the hugely successful Fordham women’s coach, who wished Neptune well and serves as, always a simple reminder: you hire the right person to coach, not even a grossly dysfunctional administration can get in the way.

“We’ve picked a true winner in Kyle,” Gaitley said, and if there is one member of Fordham’s basketball community versed in the subject of winning, it’s Gaitley. Here’s hoping she’s right.

Terrifying new species of dinosaur dubbed 'the one who causes fear'