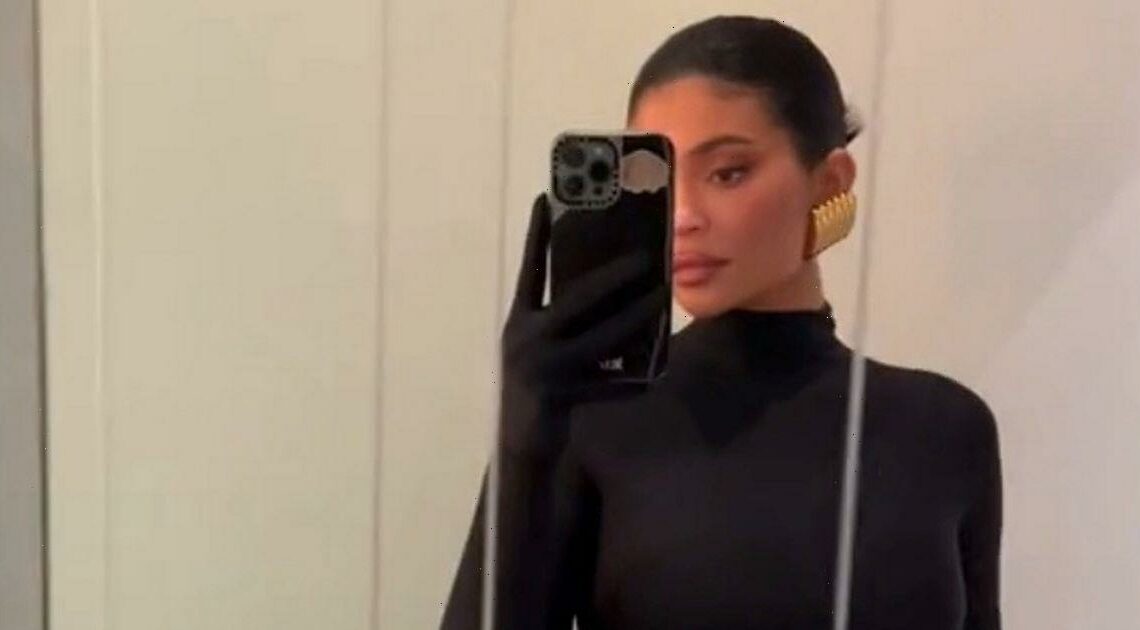 Kylie Jenner never fails to look anything short of sensational, but this week she decided to take fashion tips from her famous sister Kim Kardashian.

She decided to ditch her usual attire in favour of a tight black catsuit which could barely contain her famous figure and sizzling curves.

The 24-year-old reality star was wearing Balenciaga's Falkon Bodysuit, which could have been an outfit snatched straight out of her big sister's wardrobe.

Kylie took to TikTok to strut her stuff in the catsuit over the weekend, but she was quick to credit her 41-year-old sister's trademark style as she wrote: "It's giving kim k."

The beauty mogul threw up her phone to snap a sultry clip of her modelling the clingy catsuit in the mirror to Frank Ocean's track Super Rich Kids.

At one point, she teased her 43.5million followers on the app by turning away from the camera and poking out her peachy derriere.

The mum-of-two looked glam as ever with a glowing face full of makeup which perfectly highlighted her beautiful facial features.

The fashionista decided to accesorise with a pair of ribbed gold earrings also from Balenciaga, as well as a chic Kelly 20 Mini Sellier handbag from Hermes.

Staying on-brand, she tied back her brunette locks in a low bun which complimented her slick catsuit outfit.

Kylie was recently slammed by social media users, who had claimed she was attempting to "destroy the planet" by flying on a private jet.

She flew from Calabasas, west of Los Angeles, to Palm Strings which is a mere 140 miles away, meaning she was on her £57million jet for just 30-minutes.

However, her trip onboard her own Bombardier Global 7500 aircraft sparked fury.