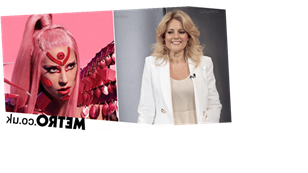 Viral sensation Charlotte Awbery has revealed that despite her stratospheric rise to fame with her cover of Lady Gaga’s Shallow, the pop-maker has yet to get in touch.

The Romford native certainly made a splash when a snippet of her singing the number one hit from A Star is Born soundtrack went incredibly viral – being viewed upwards of 60 million times.

Since then, Charlotte has since appeared on both The Ellen Show and Lorraine to discuss her rise to fame, but there’s been one person who hasn’t got in touch…yet.

Speaking exclusively to Metro.co.uk, the singer-songwriter revealed that she’s yet to hear what the Just Dance hitmaker thinks of her cover.

‘She’s releasing this single, she’s not even thinking about Charlotte from Romford. She’s so busy!’

The single in question, of course, is the utter bop Stupid Love, which dropped last week and is the first taste of Gaga’s sixth album, Chromatica.

So while there may not be any plans for a duet just yet (drop a collab, queens!) Charlotte does make the point that she isn’t coming for Gaga’s crown just yet.

‘Listen, I’m not Lady Gaga,’ she said. ‘I’m not trying to take over from Lady Gaga. I’m Charlotte.

Charlotte also teased that CA1 (stan lingo for Charlotte Awbery 1, the album of the century definitely dropping soon) may not be a Gaga-esque journey into the realm of dance-pop…

‘I write my own music,’ Charlotte revealed. ‘I’d like to be taken seriously as an artist.

‘Hopefully, if people like my music and I was talking to any record labels…fingers crossed I’dd see what comes from here. My dream is to show my own music, not to compete with Lady Gaga.’

Is she coming for Adele’s crown next?!