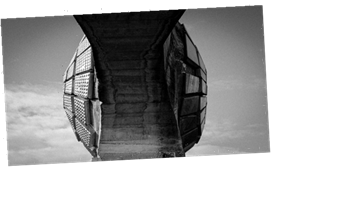 In “Last and First Men,” Tilda Swinton is the literal voice of the future: a disembodied narrator from the hyper-evolved “eighteenth species” of humanity, calmly but desolately reaching out to us from a world some way past 2,000,000,000 A.D. Given that we always suspected as much about Tilda Swinton, it’s a comforting choice: the one expected, knowably strange detail in an otherwise amorphous, disorienting sci-fi meditation. The last and first film directed by the late, revered Iceland composer Jóhann Jóhannsson, “Last and First Men” is loosely adapted from British author Olaf Stapledon’s influential 1930 novel of the same title, though its expansive, era-leaping narrative has been refashioned as a ravishing 70-minute audiovisual essay on human mortality, extinction and legacy — all the more poignant for being its maker’s final creative statement.

Ostensibly a narrative fiction but easier to pitch and program as an experimental multimedia piece or quasi-documentary, Jóhannsson’s imposing one-off premiered as a special gala at the Berlinale last month. It first appeared, however, at the 2017 Manchester International Festival, accompanying a symphonic performance of Jóhannsson’s typically muscular orchestral score by the BBC Philarmonic. Indeed, live score performances may be the most enduring avenue of exposure for a film not especially suited to conventional arthouse distribution: Future audiences are as likely to discover it in an art gallery or concert hall as in a cinema.

The even, soothing enunciation of Swinton’s voiceover has good and bad news to deliver. The bad news is that she speaks from a time when all life on earth is soon to be finally extinguished; the good news, from our point of view, is that we still have another two billion years of survival ahead of us, albeit with a number of extinctions and rebirths along the way. (If she is of the eighteenth species, we, somewhat humblingly, are of the first.) Our correspondent’s inflections don’t betray much in the way of personal feeling regarding her people’s imminent and permanent demise: We learn that her voice and brain are among many that have been fused, in an ultimately futile survival strategy, into a single “group mind.”

Why is this telepathic entity reaching out? We cannot help them, nor they us. They just want us to know that humanity is doomed, many times over, and will be saved every time but the last: an unexpected map for the future that induces plunging despair and calming hope all at once. Shooting in stark 16mm black and white, Jóhannsson and cinematographer Sturla Brandth Grøvlen (“Victoria,” “Wendy”) aptly visualize this forecast through a series of wholly depopulated long takes in which people are replaced by some of the hulking monuments to their existence that they’ve left behind. Specifically, though they’re never identified in the film, we are gazing upon the Spomenik, a series of communist-era brutalist sculptures in the Balkan Mountains, commissioned by former Yugoslavian president Josip Bros Tito, some as rather ominous Second World War memorials.

To the accompaniment of Swinton’s measured voiceover and Jóhannsson’s alternately shiver-soft and stormy score, Grøvlen’s camera slowly and gradually explores these vast, eerie forms of stone and concrete as if they were natural wonders, sometimes opening on peculiar, unidentifiable architectural details before revealing their looming place in the landscape. That no historical or even geographical context is given for these harsh, magnificent tableaux of indestructible human folly is somehow apt: Their meaning will inevitably be as lost and open to interpretation by future generations (or, in our narrator’s wording, “species”) as they are here. The crisp, hard lines and contrasts of Grøvlen’s monochrome compositions allude to the Spomeniks’ stubborn permanence: Perhaps they’re all the eighteenth species has left of ours, after however many intervening apocalypses.

That underlying theme of what we leave, of endurance in the face of the ephemeral, is hard not to consider in the light of Jóhannsson’s own 2018 passing. Intended or otherwise, “Last and First Men” finally stands as a brutally beautiful memorial to his own life and artistry, ready to be reinterpreted and appropriated by any audiences who stumble upon it in years to come. That makes it a severe work, but not a bleak one: As it prompts consideration of how and when our species will end — see it as a tactful climate change warning if you will — it also invites wonder at our capacity to evolve and invent, and a kind of zen respect for the universe that, as Swinton’s unnervingly unfazed messenger gently reminds us, will outlive us all, even when our mightiest monuments tumble.