In Leah Turner’s new video, the fast-rising country music star spins a yarn about a love that defied societal taboos – with help from her real-life mother and father!

To say that Leah Turner‘s new song, “Vaquera and the Cowboy,” is close to her heart is an understatement. This ballad from one of the fastest rising stars in country is a Southwestern Romeo & Juliet, one that’s based on her personal story. “Watch the vaquera and the cowboy,” Leah sings. “They’re movin’ like outlaws on the floor.” In the video, premiering here on HollywoodLife, Leah dances while telling the story, and viewers watch as the vaquera falls in love with the rugged cowboy. It’s a stunning visual, one fitting Leah’s equally moving canción, but the best part comes at the end. Not only do we – spoiler alert – learn that the vaquera and cowboy grew old together, but those lovers? They’re Leah’s actual parents!

“I’ve had the opportunity to have a front seat to watch true love unfold. The kind of legendary love that stands the test of time,” Leah tells HollywoodLife. “I think that’s lacking in the world today. My parents got married at a time when you didn’t marry outside your race, and they chose to love one another through thick and thin, good and bad. We need more of that.”

“My mom saw the video for the first time, and she teared up… It was really wonderful to watch her see their love unfold in a video,” she adds. “I had my parents play themselves in the video, and it was just inspiring to watch the real vaquera and the cowboy take part in a video of their own love story.” 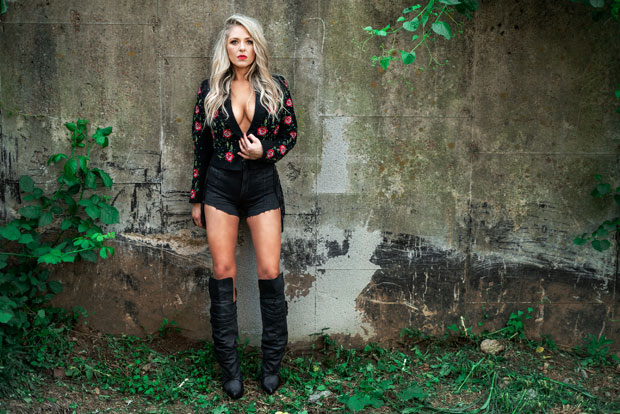 The story behind “Vaquera And The Cowboy” is no less romantic than the one Leah tells in her song. Her father is Don Turner, a world champion rodeo star. While working as a Coca-Cola distributor in his younger day, he met first-generation Mexican American Susaña Galvan – a jewelry designer, artist, and ballet dancer – during a delivery. It was love at first sight, and from this happy union came Leah Turner. Their daughter would soon discover her love of music, which would blossom into a talent that would allow her to share this love story with the world.

As both the song and video show, Leah brings a refreshing passion to country music, with a powerful voice and dynamic songwriting vision. By incorporating her Latin roots in her music, Leah has quickly carved out a distinct path in the country music landscape. Since her debut single, “Take The Keyes,” Leah has been turning heads and making a name for herself as a remarkable performer and a talented songwriter. Fans new and old will discover this for themselves with the release of Lost In Translation, her six-song EP.

Whereas Romeo & Juliet ended badly, “Vaquera And The Cowboy” brings the story the happy ending it truly deserves. And, with Lost In Translation, Leah marks the start of an exciting new chapter in her country music career.

Damon Albarn Travels to 'The Tower of Montevideo' on New Single