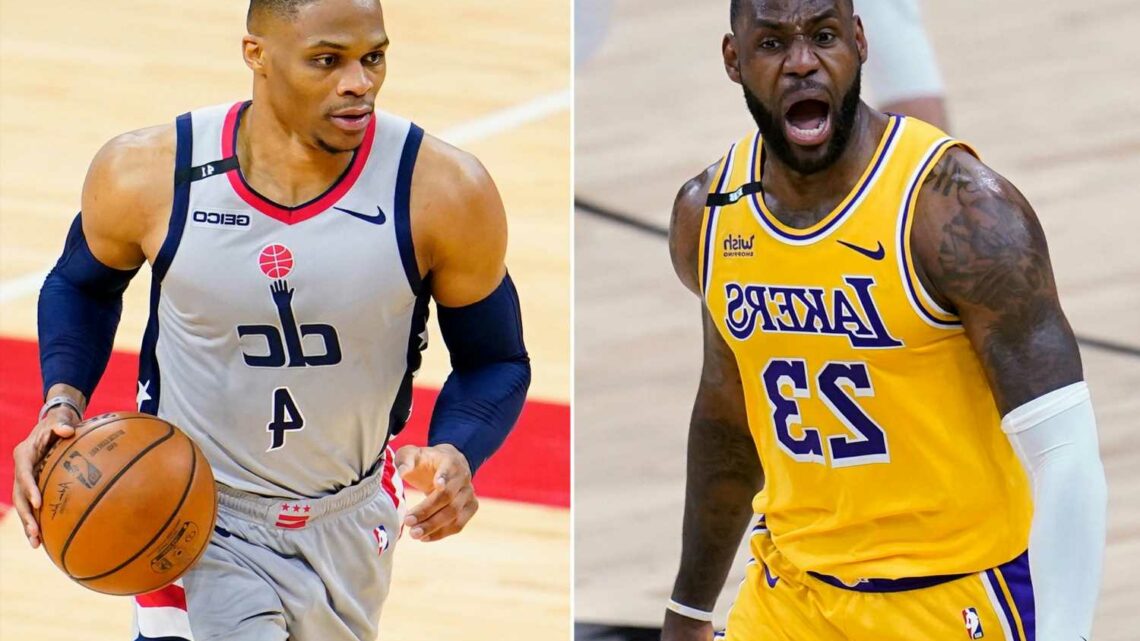 LeBron James is calling for more player protection in the NBA.

After Wizards point guard Russell Westbrook was doused with popcorn by a Sixers fan attending Game 2 in Philadelphia on Wednesday night, James took to Twitter to sound off about the situation.

“By the way WE AS THE PLAYERS wanna see who threw that popcorn on Russ while he was leaving the game tonight with a injury!! There’s cameras all over arenas so there’s no excuse! Cause if the [shoe] was on the other [foot],” the Lakers star tweeted, with the hashtag “ProtectOurPlayers.”

The popcorn incident occurred when Westbrook exited the game with an apparent ankle injury, minutes before the Sixers won, 120-95, to take a 2-0 series lead in the first-round playoff matchup.

The 32-year-old was headed back to the locker room under a tunnel when a fan leaned over the barrier and poured popcorn on his head. Westbrook, understandably, became infuriated and had to be held back by event staff and team personnel.

The Sixers fan was then escorted out of the arena. It’s unclear if the NBA or Sixers organization will take further disciplinary action against the fan.

Before his exit, Westbrook recorded 10 points and 11 assists.

After the game, Westbrook, who has been vocal about mistreatment from fans in the past, advocated for more player protection.

“I wouldn’t come up to me on the street and throw popcorn on my head, because you know what happens,” Westbrook told reporters after the game.

“In these arenas, you gotta start protecting the players. We’ll see what the NBA does.”