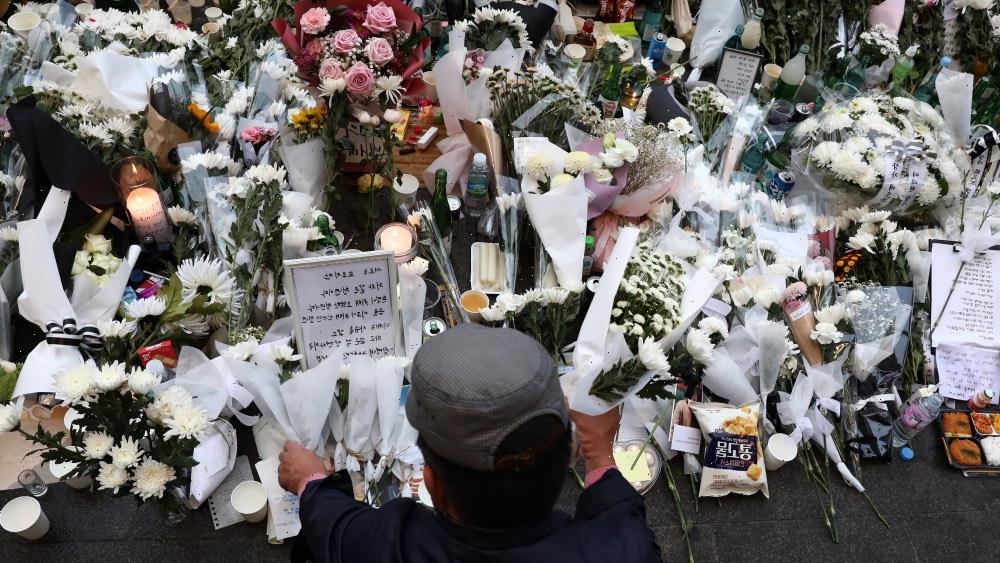 Lee Ji-han, a budding 24-year-old K-pop singer and actor, was among the more than 150 people who died in the Seoul crowd surge in the city’s Itaewon district on Oct. 29; the tragedy has now been deemed one of the deadliest peacetime accidents in South Korea’s history.

Lee’s agency, 935 Entertainment, confirmed the news in a statement posted to social media. “We are sad to deliver such news today, but Lee Ji-han has passed away in the crush in Itaewon last night,” the translated statement reads. They go on to express condolences for his family and fans.

The singer rose to fame in 2017 after competing in the second season of “Produce 101,” an audience-voted music competition in which winners are placed in a boy band. He made his debut as an actor in the comedy web drama “Today Was Another Nam Hyun Day” in 2019.

Lee was one of the thousands of people who congregated to celebrate Halloween in the Itaewon district over the weekend where over 150 people were killed and 133 were injured during a fatal crowd surge that happened in an alleyway some 11 feet wide. Following the incident, South Korean president Yoon Suk-yeol issued a period of national mourning through Saturday.

In alliance, several K-pop acts and agencies have put a halt to upcoming releases and events including Hybe, (the major label and management house behind BTS, Tomorrow X Together, Seventeen and more) who postponed its 2022 “Hybe Briefing With the Community” conference that was originally scheduled for Nov. 4.

Label and management company YG Entertainment (Blackpink, Big Bang, Winner, Treasure and more) also issued a statement on the temporary postponement of their promotion schedule and content release dates for their artists.

Back in Stock! This Heavenly Moisture Balm Has Shoppers Buying 2 at a Time
Recent Posts