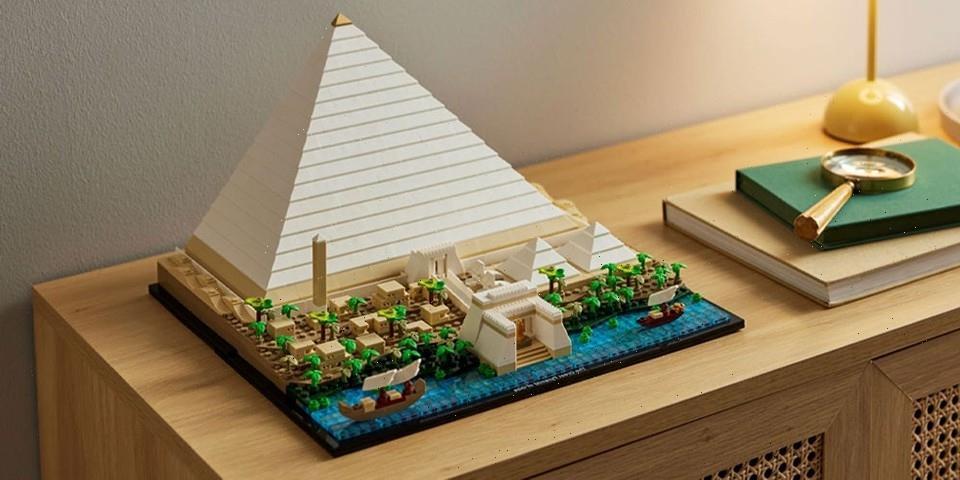 Following the release of an updated version of the Taj Mahal, LEGO Architecture now recreates another one of the Seven Wonders of the Ancient World, the Great Pyramid of Giza. The upcoming 1476-piece set features the Great Pyramid with a removable outer shell that reveals its inner tunnels and King’s and Queen’s Chambers.

A reimagination of the Pyramid’s surroundings is also included, featuring a section of the Nile River, two brick feluccas (ancient boats), two mortuary temples, two small pyramids, a Sphinx statue, a workers village, and an obelisk. The LEGO creation measures over 8 inches in height, 13.5 across, and 12.5 inches deep, and can be connected to a second model to complete the other half of the pyramid.

Look for the LEGO Architecture Great Pyramid of Giza is set to arrive at the LEGO website and select dealers on August 1, 2022, for $130 USD.