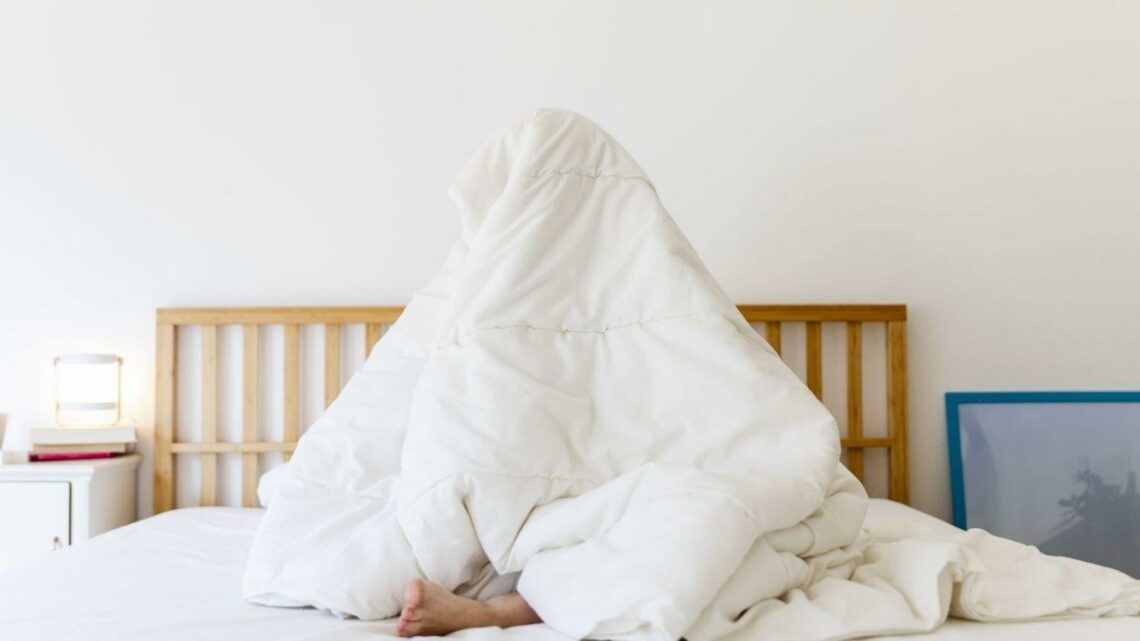 Let’s apply some reassuring logic to your fear of failure

Contrary to popular belief, setbacks aren’t the end of the road and failure really isn’t quite as terrible as we like to think it is. Of course, it’s not always a pleasant experience. But, as Sara Tate and Anna Vogt explore in their new book, there’s a psychological reason why we tend to shudder at the idea of losing.

The following is an extract from new book The Rebuilders: Going From Setback to Comeback in Business and Beyond, written by Sara Tate and Anna Vogt.

We are surrounded by failure. Over 40% of marriages end in divorce. 25% of start-ups close in the first year and 60% within the first three years. And 80% of all new product launches in grocery stores fail.

We are even surrounded by stories of failures that turned out to be successes at a later date. Walt Disney was fired from his first job at a Kansas City newspaper because his editor felt he “lacked imagination and had no good ideas”. Anna Wintour was let go from her job as a junior fashion editor at Harper’s Bazaar only 12 years before she was made editor in chief at Vogue.

So if it is so common, why do we fear and avoid it so much? Why does the thought of failing send chills down the spine of most sane and sensible folks? And what can we do to move past the negative impact that a failure can leave on us?

It helps to understand why we dislike it so much, and this is partly down to how brains work. Have you ever stayed in a bad relationship or job because you worried that it would be worse leaving? Have you ever not had a crack at something you wanted to do because you worried you might fail? Some of this is thanks to our little grey cells because our brains are wired to avoid situations where there is a risk of failure or loss.

The recognised term for this is ‘loss aversion’ and it is a form of cognitive bias, a systematic but sometimes flawed way that our brains make decisions. Quite simply our brains really don’t like the idea of losing things. So much so that losses loom far larger in our minds than gains of an equal size. For example, in 1979 researchers Daniel Kahneman and Amos Tversky found that we dislike losing £100 far more than we enjoy gaining £100. As a result, we are wired to avoid losing things in whatever way possible even when the risk of failure might be much smaller than the risk of having a really great, winning outcome.

The Rebuilders, out now, Authors Sara Tate and Anna Vogt

Avoiding losses is undoubtedly useful in stopping us making outlandish and risky decisions. It says no to betting the house and car on red. It says no eloping to Gretna Green with the person you met on the train yesterday. But loss aversion can also stop us making positive, well thought through decisions because the fear of loss and risk is too high.

Yet many of life’s really valuable and important decisions that are worth taking have some element of risk attached to them. This is where that fear of failure and the resulting loss holds us back from taking a great but slightly scary new job. From settling down in a good relationship for fear of losing our single life. From trying again at a business venture if it went wrong the first time.

A recent study into global entrepreneurship showed that around one-third of would-be entrepreneurs don’t even venture to start a business because of fear of failure. No wonder then that if someone has experienced business failure or loss that they would avoid ever doing it again for fear of disaster repeating.

So if we are wired to fear failure in the first place then maybe we shouldn’t be too tough on ourselves if we don’t feel like jumping back on the horse after something has gone awry in life or work. If we take a chance and it doesn’t go as planned, then the impact on our mindset can be huge. Just try to remember it’s the little grey cells causing our fear and worry to dial-up.

It is also very common to worry that if something has gone wrong that it may go wrong again. After all that’s just a sensible way of learning from our mistakes isn’t it? Or is it? Again we need to keep an eye on how our brains make sense of things. Humans are pattern-seeking creatures. We just love to digest events and info and to make sense of them. It is this wonderful pattern finding and sense-making ability that helps us learn and make judgements as a species.

At age four we ate those weird red berries at the end of the garden when no one was looking. We got really sick, so we didn’t do it again! When we poked our brother in the eye he cried, but when we hugged him he liked it. So poking is out and hugging is in. Patterns help make order out of chaos. They tell us not to eat yellow snow and to step in front of fast-moving cars. But human brains are so good at seeing patterns that we even see them when they aren’t really there and this can lead us to seeing things that don’t exist.

Conspiracy theories, superstitions and seeing faces in clouds are all examples of this. Are those red pants really helping you pass exams? If you feature on the cover of Sports Illustrated will the ‘Sports Illustrated jinx’ strike you and your career takes a turn for the worse? Did someone really see the face of Jesus in a tomato? Probably not. More likely these are random acts and isolated incidents that our brains have woven into neat patterns to create a sense-making story out of them.

We can do the same with failures. If we experience something going wrong and the sting and shame of a loss then we weave it into a story. It wasn’t a random chance, it was a lesson to be learned and a sign of what will happen if we try again. If at first you didn’t succeed, it will fail next time. We are a failure. Yet sometimes failures are just a random occurrence in your storyline. They aren’t a portent of more problems to come or indicators of a future failure. They are just a single, disappointing occurrence that we shouldn’t weave a narrative pattern around or make too much of.

Nowhere is this better understood than in the world of sport where winning or losing is a regular occurrence with score sheets showing binary wins or losses. Jamil Qureshi is a world renowned sports psychologist who has helped six elite sportspeople reach number one in the world in their chosen field.

He believes that fear of failure is one of the biggest inhibitors to success and reaching peak performance and that much of this fear is totally unfounded. He jokes that fear stands for False Evidence Appearing Real. That much of the time we allow fear of things that aren’t even going to happen to hold us back from doing what we want to do.

He also warns not to build failures into a narrative of failure and not to see a pattern where there isn’t one. “A golfer is aiming to be number one in the world in two years’ time. If he loses one match does that loss say anything about his ability to meet his long-term ambition? Does a loss today have any bearing on his long-term success? Absolutely not.”

The Rebuilders: Going From Setback to Comeback in Business and Beyond, written by Sara Tate and Anna Vogt and published by Kogan Page, £12.99.

Alison Hammond backs return of Big Brother: We all like a bit of voyeurism’