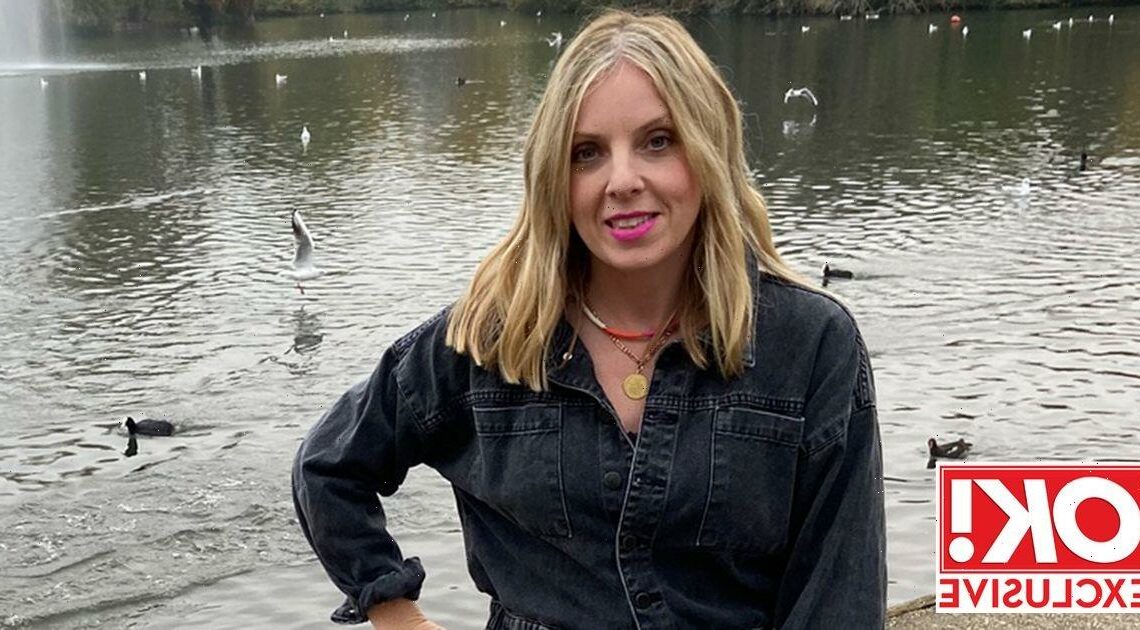 Mum of two Rachel Tompkins says that Jennifer Aniston’s experience of infertility and IVF resonated with her when the actress shared her story recently. Here Rachel tells of the emotional rollercoaster she endured in her quest to start a family…

“When I read that Jennifer Aniston had opened up about her infertility journey and IVF after years of speculation I felt so angry. I know from experience how difficult infertility can be, but to experience it whilst also under constant media scrutiny and speculation would be unthinkable.

The 53-year-old actress said during a recent interview with Allure magazine that she went through a difficult time in her late 30s and 40s. ‘I was trying to get pregnant’ she said. She also referred to ‘all the years and years of speculation’ as being ‘really hard.’

As someone who has been on a fertility journey myself, I feel furious that Jennifer feels the need to explain why she doesn’t have children. I also feel grateful that she has spoken out about an issue which like her, I kept a secret.

And we certainly aren’t the only ones. Indeed, with the HFEA stating that around 60,000 people in the UK having fertility treatments every year, it affects a huge portion of society, many of whom suffer in silence.

My infertility journey started in my late 20s when I got married and started trying for a baby. Weeks turned to months and then to years and when the trying proved fruitless I started on a journey which I had never dreamt I would be on.

I assumed that being in my 20s mean that I would be too young to have problems conceiving – naively I thought that was something that only ‘older’ people experienced.

The endless doctors and hospital visits quickly taught me that was certainly not the case!

In fact, according to the NHS around 1 in 7 couples may have difficulty conceiving.

And although I might not have been a famous actress like Jennifer Aniston, I too decided to keep my infertility a secret.

This was in part due to the fact that I felt it was somehow my fault. All around me there were people falling pregnant but for some reason I couldn’t.

And also due to my concerns about how it would impact my career as a journalist.

Instead, I carried on as ‘normal’.

On the surface it looked like I had it all – a decent job, a wonderful husband, and lots of friends and family.

In reality though I was like a swan, frantically paddling away under the water as I quietly navigated my infertility journey.

Before I got referred for IVF there were lots of tests to try and establish the cause. Were my tubes blocked? Did I have cysts on my ovaries? Was there a problem with my eggs?

During this time I tried to ‘fix’ the problem myself.

In addition to giving up alcohol I swapped caffeinated tea for herbal, stopped high impact exercise, visited an acupuncturist, a reflexologist and a dietician who specialised in fertility.

And despite the fact that I kept it a secret, it was impossible to avoid the scrutiny of friends, colleagues and even complete strangers.

As soon as I had got married it was all people asked me – ‘When are you going to have a baby?’

I shrugged them off most of the time or explained I was busy at work.

Many then assumed I was a ‘career’ woman. Yes I loved my job, but in my eyes that didn’t need to be mutually exclusive to being a mother.

I can still vividly remember being in a pub back in my hometown on the Christmas Even before I began the IVF. I was chatting to an old acquaintance that I had bumped into.

‘I’ve got three kids,’ he told me proudly. ‘I wouldn’t wait any longer to have children, you aren’t getting and younger!’

Fighting back the tears I tried to keep a brave face. There was no malice intended, but he was completely oblivious to the fact that every bone in my body would have given anything to have a child, and I was patently aware of the ticking timebomb of age that was going against me.

Eventually it was determined that I had polycystic ovaries, which although weren’t severe, were deemed a potential cause of the infertility.

It was a relief because it meant that I was by that point eligible for one round of IVF on the NHS.

Suddenly it felt like the problem was out of my hands and I could let the medical professionals work their magic.

And boy did the team we saw at Guys and St Thomas’ Hospital in London do the most incredible job!

They accommodated my requests for early morning appointments before work, they warned us that success was by no means guaranteed, but they also worked a miracle.

And thanks to them our son was born in December 2012.

It was only after his safe arrival that I first began to open up about my infertility journey. (A journey that continued for two more rounds of IVF and a number of miscarriages before I conceived my second son in 2015).

To begin with I felt like it was insensitive to do so. I knew how extremely lucky I was to have a baby, and was mindful of how many other people were still on that journey.

But soon I realised that by talking about it I could help to break the secrecy and help people to realise that they aren’t alone.

Not everyone wants to become a parent, and that shouldn’t be scrutinised. Neither should a person’s infertility, whether they’re famous or not."