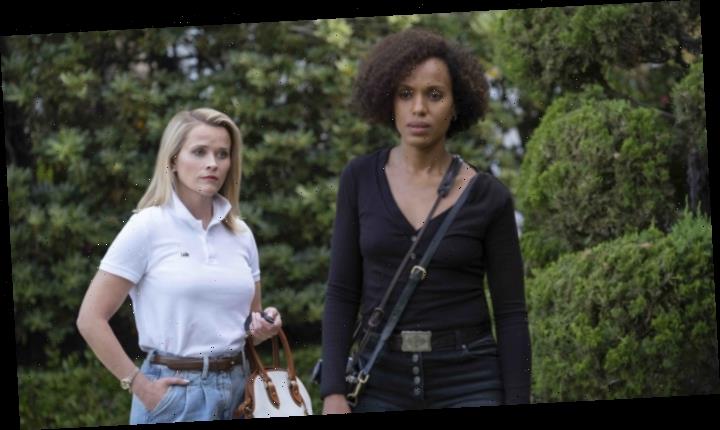 Late in the run of an episode of “Little Fires Everywhere,” Hulu’s new literary adaptation, our attention is divided between two women in different situations, both of them precarious and pushing each past frustration and into something like rage. Suddenly, music swells, and a high-dudgeon, piano-driven, choir-backed cover of a pop song kicks in to signal the tension and the grand emotional sweep of the moments we’re witnessing. The song is Meredith Brooks’ “Bitch,” a Lilith Fair standard that seems as unsuited to the vastness of what we’re witnessing on-screen as to the operatic style in which it’s being performed.

It’s, in other words, a moment that exists in bad taste. And “Little Fires Everywhere” could use a lot more of that.

Adapted from Celeste Ng’s best-selling novel and drawing on the acting and producing talents of two superstars, “Little Fires Everywhere” is about the conflict between a woman obsessed with propriety (Reese Witherspoon) and another who prefers to blow up the status quo (Kerry Washington). Its story plays out the debate, but its form is firmly on Witherspoon’s side. In the main, this is a show too aware of its pedigree and its importance to drive home its arguments with anything but the most earnest sort of gravity.

That story plays loose enough with coincidence and outlandishness to suggest some irony, some edge, some fun is about to break loose. The short version: In 1990s suburban Ohio, Witherspoon’s Elena Richardson dominates her four children and her husband (Joshua Jackson), but after taking on Washington’s new-in-town artist Mia Warren as a tenant and a domestic employee, she finds herself facing down someone she cannot control. Their dispute comes to touch upon Elena’s vexed relationship with her younger daughter (Megan Stott), who’s drawn to the creative ferment of Mia’s world, as well as a local dispute between the adoptive parents and the birth mother of a young girl.

This is too much and not enough story for eight episodes — too much in that we toggle somewhat breathlessly between setups, including multiple journeys into the past to excavate how Elena and Mia ended up in their present circumstances; not enough in that points are bluntly and obviously restated. It isn’t just the ’90s — we get references to just about every celebrity, pop song and news event that transpired in that time, as if the characters were Clinton administration reenactors. (The show’s flat shooting style recalls the network dramas of that period too.) And Elena isn’t just brutally tough on herself and her family — she weighs herself every morning, metes out her evening allowance of wine with a measuring cup and speaks with callously exaggerated cruelty to everyone in her line of sight. Mia restages the same argument with her daughter, Pearl (Lexi Underwood), yet it comes to generate heat but no light; Mia must restlessly keep moving on, though Pearl is tired of the journey. After a while, viewers may start to understand Pearl’s point of view.

Credit the series, at least, with giving its stars something new to do. Witherspoon’s performance as a cheerfully conquering figure will, perhaps, draw comparisons to her past work, but Elena, unlike previous Witherspoon heroines, is governed by a truly bland ambition, craving propriety as its own reward. (Gone is the warmth, for instance, of her “Big Little Lies” character, which at once proves the depth of Witherspoon’s toolkit as an actor and forecloses story opportunities by making Elena immune to human connection.) Similarly, Washington keeps parts of the “Scandal” formula — for example, her facility, as that show’s Olivia Pope, with the monologue delivered through rage and tears — but inverts it somewhat, pushing toward subversion rather than success. Her time as housekeeper to the landlord she hates feels loose and ungoverned in the way of little else on the show, bubbling with energy that’s tamped down when Witherspoon and Washington separate. (Part of this owes to the inherent racial power dynamic of the arrangement, one not made explicit in the novel, in which Mia’s race is not specified.) As Olivia, Washington sought to bust through the establishment and make her own sort of power; as Mia, she disdains the idea of power entirely.

All of which sounds like a much more interesting series than “Little Fires Everywhere” is willing to be. The debates that are set up, particularly around race and class, wind up in a place of drab inevitability, with Elena — too wicked to be taken seriously, but not on a show willing to commit to anything as juicy as making her the villain — saying something obviously, stupidly racist or horrible. It’s not that racist, horrible people don’t exist today, or didn’t in the mid-1990s. But vacuuming the humanity out of one of the two leads (even while insisting in flashbacks that she got where she is for semi-valid reasons) empties out the stakes too. We’re watching, at some length, a person who is wrong get her slow-motion comeuppance from a person who is right.

That’s a story that lacks the tricky chewiness of Washington’s and Witherspoon’s previous roles, and one that feels far too fundamentally appropriate to credibly be about an artist leaving chaos in her wake. By its lack of visual imagination, its restatement without development of certain character beats, and its plot momentum that forces the most after-school-movie sort of confrontation between two characters whose commonalities and tangled family lives would more rewardingly lead to complication, “Little Fires Everywhere” feels, more than anything, contained. Grant that there are, in moments, signs of something doing more than simply simmering on low. But those moments are little indeed.