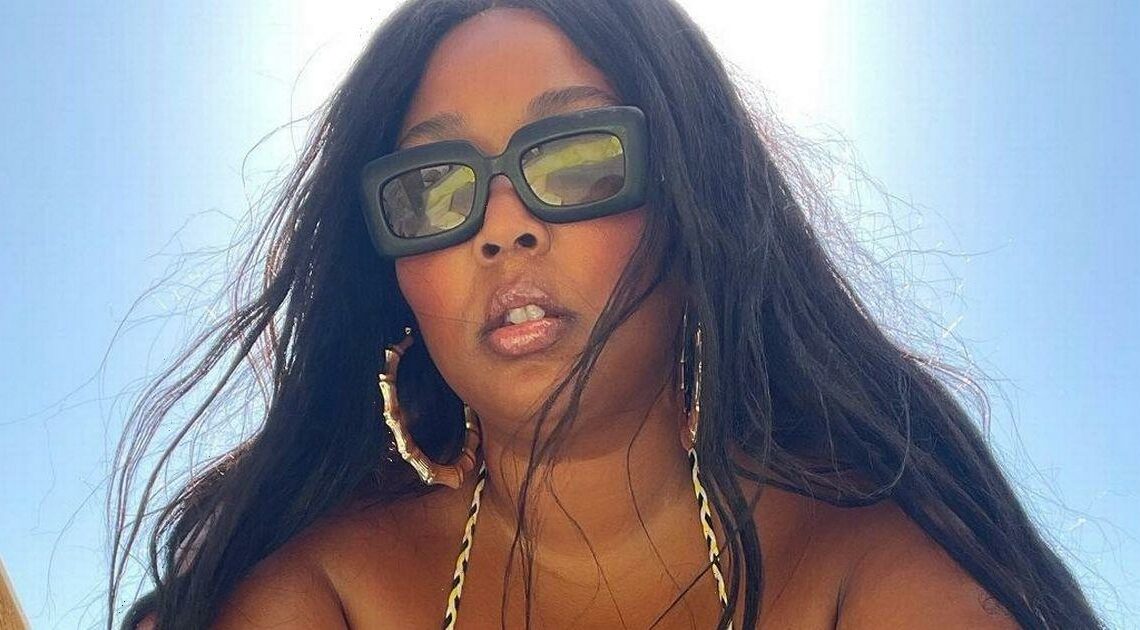 American singer and chart-topper Lizzo celebrates her curves in her latest Instagram post where she bares all and embraces her plus-sized figure.

The "Truth Hurts" singer celebrated her recent weight gain with a sexy video posted on her Instagram account.

In the video, the Grammy winner is seen dancing sensually in her bathroom to the song "Rodeo" by City Girls while wearing a brown bodysuit that shows off her curvy figure.

She captioned the photo: "I gained weight, I look TF GOODT".

In the video, the pop star can be seen dancing in her lush bathroom, moving her hips confidently in a circular motion whilst sensually looking at the camera.

She then cheekily turns around to show off her backside, raising her leg and flipping her long brown hair whilst the camera zooms into her detailed and glistening eye make-up.

It didn't take long before celebrity pals and followers spammed the plus-size role model with messages and a great amount of adoration – the post garnered 9k comments.

The R&B artist Sza captioned: "…And Do" followed by lovestruck emoji.

Whilst a fan added: "You are perfect just the way you are."

A third commented: "You are so comfortable in your body you look amazing keep working it, girl."

The 'Good As Hell' star, whose real name is Melissa Viviane Jefferson, previously told Vogue she would prefer to be known for being 'body-normative,' rather than 'body positive'.

Speaking about beauty standards and being a role model, Lizzo revealed: "I think it’s lazy for me to just say I’m body positive at this point… I would like to be body-normative. I want to normalize my body."

"We have to make people uncomfortable again so that we can continue to change. Change is always uncomfortable, right?"

After receiving a backlash of fat-phobic comments whilst being in the public eye, Lizzo continues to speak out as she wants to pave the way for "girls with back fat" and "girls with bellies that hang" that they can do anything.

After receiving hurtful fat-phobic comments on social media for her appearance in rapper Cardi B's song 'Rumorous', Lizzo has received high levels of support from celebrities friends after her breakdown following the insult.

29-year-old Cardi B defended Lizzo and said: “Whether you skinny, big, plastic, they going to always try to put their insecurities on you. Remember these are nerds looking at the popular table.”

Since bouncing back after the online abuse, Lizzo has insisted that she's only going to focus on the positive comments” moving forward.

For more of the latest showbiz news from Daily Star, make sure you sign up for one of our newsletters here