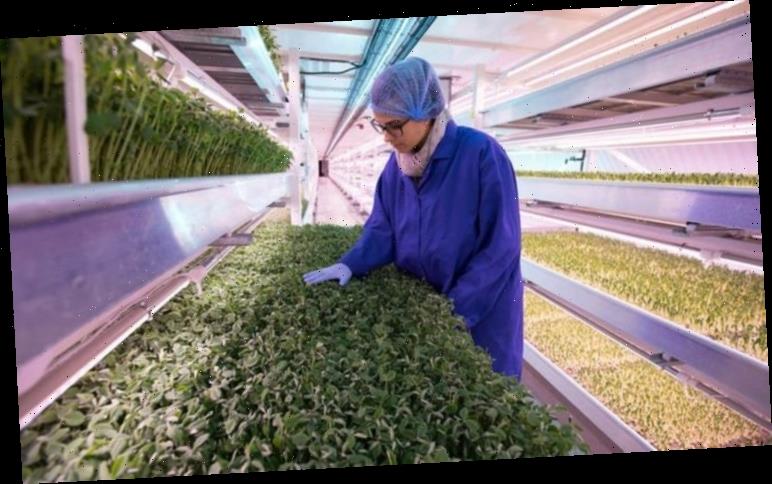 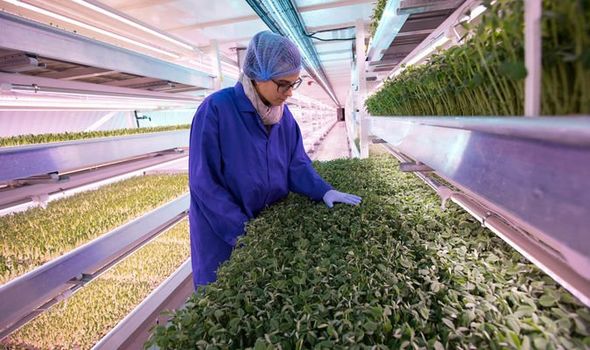 Known as micro-greens, they are the early leaf crops of pea shoots, radishes, watercress, red cabbages, garlic, chives, rocket, coriander, sunflower shoots and broccoli shoots. This indoor farm under Clapham, south London, is called Growing Underground, the brainchild of 47-year-old entrepreneur Richard Ballard who set it up in 2015 and calls it an  “agricultural revolution”. Most of his shoots and leaves end up in punnets of mixed salad.

Some are destined for supermarkets, others for London’s New Covent Garden Market (just down the road) and in normal times various restaurants across the capital. Celeb chef Michel Roux Jr’s two Michelin-star restaurant Le Gavroche was a pre-lockdown customer.

in the farming industry, this type of food production is known as controlled environment agriculture. As well as hydroponics, there’s another method called aeroponics, where roots hang in the air and are sprayed he with nutrient-rich water.

As the world’s population grows, humans are going to need more and more of this kind of technology. The United Nations warns that food production must rise by 60 percent before the year 2050, and that indoor farms – often called vertical farms because growing trays are stacked vertically – are part of the solution.

The Clapham site is one of eight deep-level air raid shelters, each capable of housing 8,000 people, constructed beneath existing Tube stations in 1940. Post-war, they were due to form part of an express Underground line that was never completed. Instead they remained public shelters into the Cold War era.

A similar bunker nearby served as a temporary reception centre for Jamaican immigrants in the late Forties and provided accommodation for the 1951 Festival of Britain. 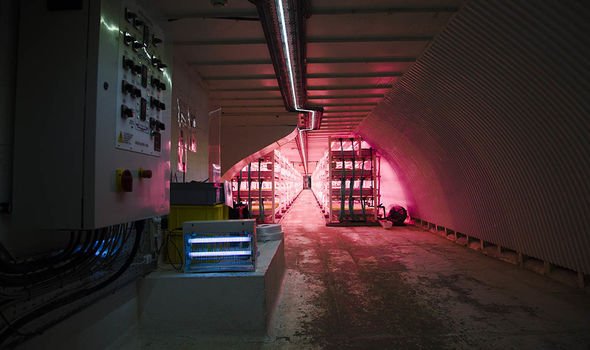 Ballard’s underground farm now comprises eight 300-foot-long tunnels, ten storeys below ground. On the floor you can still see the metal brackets where bunk beds were attached for people to sleep in during the bombing raids.

Today, plants instead of nervous Londoners inhabit the space.

In one tunnel, trays of tiny crops are stacked on four levels, illuminated 18 hours a day by ghostly purple LED lights. There’s no soil – instead the plants grow out of beds of recycled carpet, automatically fed with water and nutrients via a hydroponics system.

Most of them are harvested early in their life cycle once the leaves have grown large enough for salad. All in all, there is nearly 5,700 square feet of growing space.

Other tunnels are used for propagating the seeds before they grow, and for packing the crops, ready to be distributed across London. One level below are the irrigation tanks, pumps and water filtration systems.

With five years of experience under his belt, Ballard knows the perfect lighting, temperature, humidity and nutrients his precious plants need. 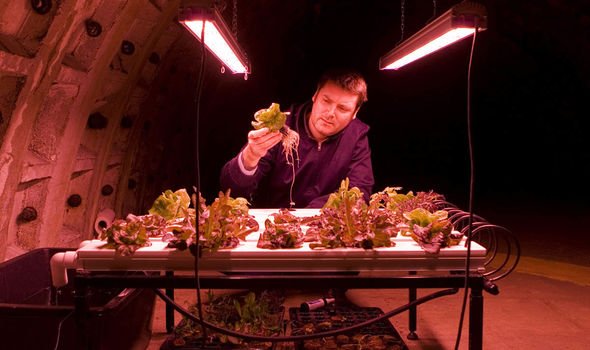 With all systems working at maximum, and a workforce of nine people (in non-pandemic times), he says he can produce up to a tonne of crops every week. “There are a whole host of benefits to this type of farming,” he adds. “We use fewer resources and create fewer carbon emissions than traditional open-field farming.”

He explains how 70 percent of the water he uses is recycled. All pesticides are avoided. Being underground, his crops are not affected by weather or seasonal changes.

And since his end consumers are mostly close by, he limits the distance his food travels (known as food miles) and the extra pollution that causes. “Our leaves can be in your kitchen within four hours of being picked and packed,” he boasts. “So they will last longer in your fridge.”

The company’s operations manager is 29-year-old Alex Hamilton-Jones. He is proud of how he can produce crops that aren’t native to the UK all year round. “We can grow top-quality coriander in London in the winter, for example, without importing it from Morocco,” he says. He also insists his leaves are tastier and more nutritious than those grown in outside farms.

“It’s a more concentrated flavour, and there are noticeably more minerals, nutrients and good stuff in them,” he adds. “We think they taste better. But then we would say like every centre.” 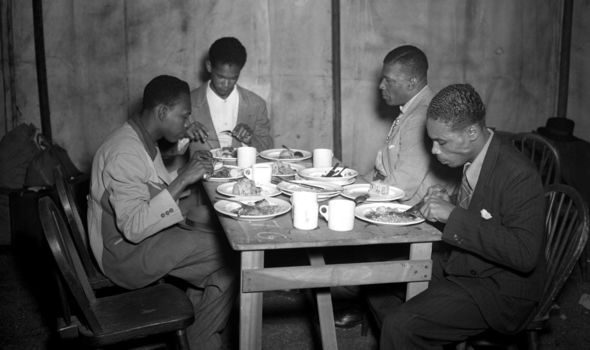 Such a precise growing environment guarantees a bumper crop. In normal outdoor fields, farmers might produce five harvests a year of these types of microgreens. Inside a greenhouse this can increase to 20 harvests a year. But, here, deep beneath the streets of London, hydroponics guarantee an annual yield of 60 harvests or more.

One scientific expert in the sites under urban will to field is Dickson Despommier, professor of microbiology at the University of Columbia, in New York, and author of The Vertical Farm: Feeding the World in the 21st Century, the book in which he first coined the phrase “vertical farming”. He says we need to act now to feed the planet’s burgeoning population.

But cutting down rainforests to create farmland is not the answer, he stresses. That simply adds to global warming because trees are so vital in storing carbon. “What happens in a few decades’ time when there are 10 billion mouths to feed?” he asks. “How do we supply food without deforestation? We have another method for growing food: farming indoors.”

Despommier envisages a time in the not too distant future when all new city buildings will include vertical farms that will feed the residents living in them.

Indeed, indoor vertical farming is sprouting up all over the globe. Some of the farms are enormous. In the United States, for example, there is AeroFarms, Bowery Farming, Kalera and Plenty. Japan has a farming operation called Spread. 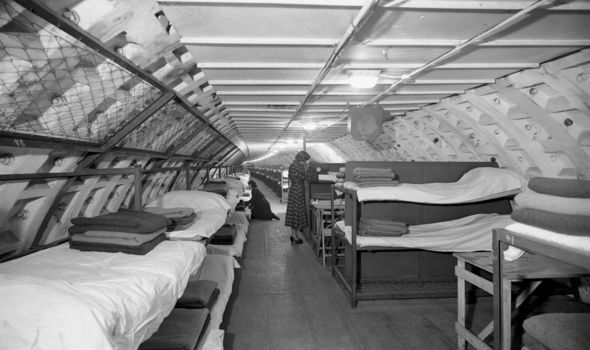 Emirates Flight Catering, one of the world’s largest airline caterers, is building a vast vertical farm in Dubai it claims will eventually produce 2.7 tonnes of leafy greens every day. And Danish company Nordic Harvest is building what it says will be “Europe’s largest vertical farm” on the outskirts of Copenhagen, with 7,000 square metres of growing space across 14 storeys.

One of Britain’s largest ventures is Jones Food Company, in Scunthorpe, which grows basil, parsley, coriander, kale, dill, radish and spinach across “26 tennis courts of growing space”. Other farms such as Westlands UK, in Worcestershire, and Thanet Earth, in Kent, operate hydroponic growing systems.

But these are inside vast glasshouses, using sunlight as energy, so technically don’t count as vertical farms. Everyone involved in this industry is excited about the future. “I can imagine sites like this in every major urban centre,” says Alex Hamilton-Jones. 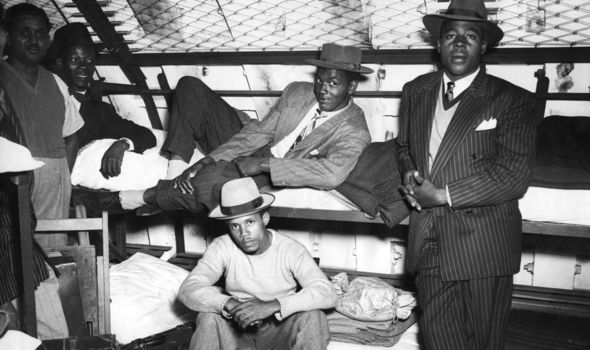 “If we get the distribution right, people will have access to fresh, healthy produce every day. It won’t have travelled millions of miles. It won’t be out of season because it doesn’t have a season.”

Right now his company is searching for a far bigger site, “somewhere on the outskirts of London”, where they will be able to automate hydroponic systems, even using robots to harvest crops of rocket, spinach, raspberries and strawberries.

Of course there’s another lucrative crop which grows well under hydroponics – cannabis. While countries like Canada, Uruguay and parts of America have legalised cannabis farming, it remains banned in the UK.

Nevertheless, Growing Underground is open-minded. “If cannabis became legal, we wouldn’t rule it out,” says Ballard. “It would be a board decision at that stage. But it’s not our focus at the moment.” As Hamilton-Jones adds of legal cannabis farming: “It’s been a gold rush in the United States.”

Leaked phone number suggests Mark Zuckerberg may be on Signal