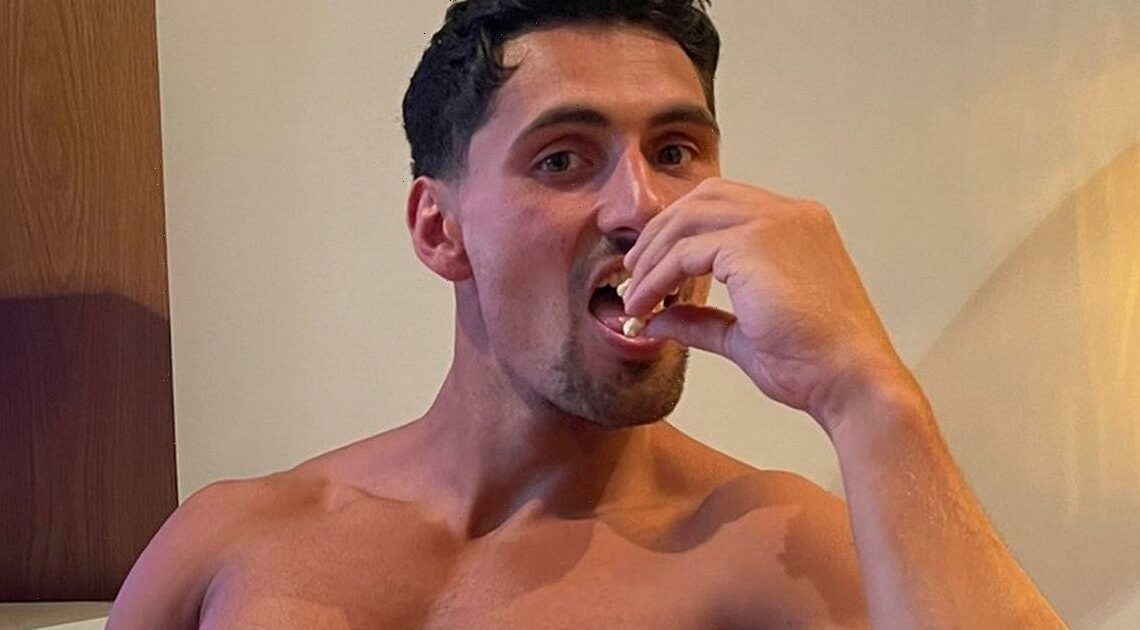 Love Island fans reckon OnlyFans is incoming for dumped islander Jay Younger after he stripped off for a near-nude photo.

The 28-year-old was dumped from the villa earlier this week but is making sure fans are still taking notice of him as he showed off his ripped body online.

The Scottish hunk posed sat down wearing nothing more than a tiny pair of Calvin Klein briefs, using a small bowl of popcorn to cover himself.

His rippling abs were the star attraction, while his pecs battled to steal the show in his photo.

The photo was captioned "popcorn ready" as a television could be seen behind him with Love Island on the screen.

Now he's out of the villa, Love Island fans reckon Jay might be the next former islander to make a killing on OnlyFans.

One person told him: "Save this content for OnlyFans mate," as someone asked: "For real. What's the subscription rate? Asking for a group of friends."

Someone else corrected his caption, writing: "OnlyFans ready."

While someone else begged him: "Post the link," adding the eye emojis.

Meanwhile, many others couldn't get enough of his chiselled body and left sweating and heart-eye emojis underneath the photo.

Over on Reddit, fans questioned how the public could have let him be eliminated – especially over Jacques O'Neill who quit the villa this week.

"Paige chose Jacques over this guy. Let's all let that sink in," one confused viewer said.

Another said: "We really kept Jacques over this man?"

Jay left the villa alongside Chyna Mills, who he had coupled up with during Casa Amor.

He had also romanced Ekin-Su Culculoglu, and said he had a thing for Paige Thorne.

Sadly for him, Ekin-Su returned to Davide Sanclimenti, and Paige is now with Adam Collard after Jacques left.