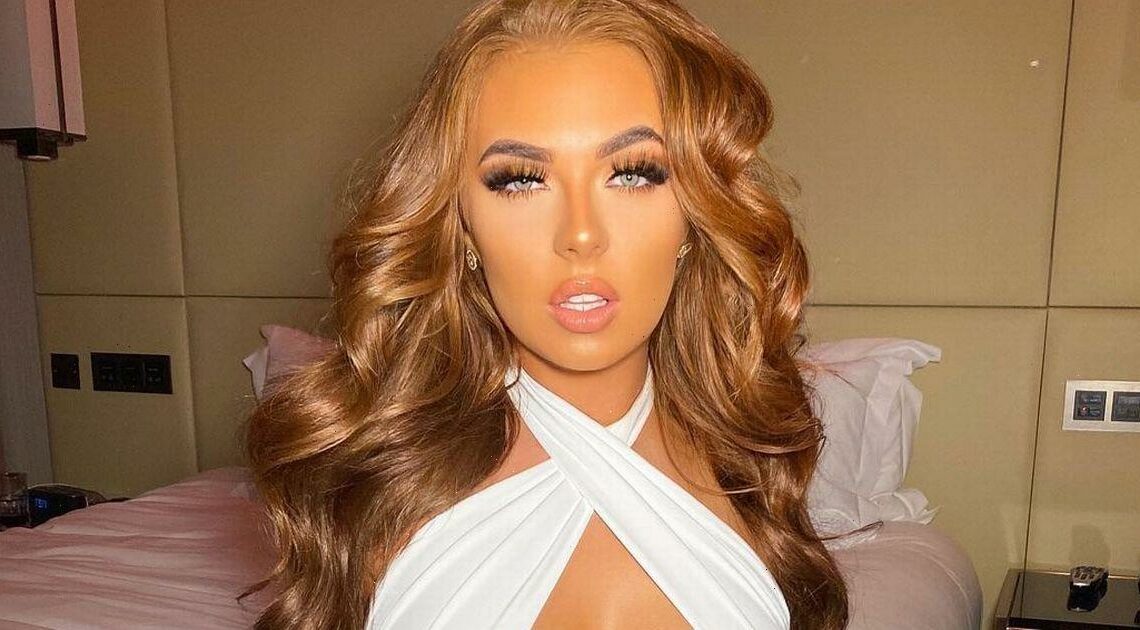 Demi Jones put on a busty display today as she readied herself to go out after receiving shock thyroid cancer diagnosis.

The former Love Island star put on a brave face as she took to Instagram to share a stunning trio of pics of the star sitting on the edge of a bed before a night out.

The 22-year-old looked incredible in a cut-out white dress that emphasised her ample assets and had all eyes drawn to her cleavage, while the colour showed off her glowing tan.

She wore a full face of glam makeup, with her long red tresses expertly curled.

The star was flooded with well wishes and compliments from her army of followers.

One said: “Actually unreal” while another chimed in saying: “You look absolutely stunning queen!”

Fellow Love Islander commented “Can’t wait” implying she would be joining in on the night out.

It comes after the star was targeted by trolls after receiving her cancer diagnosis, who accused her of “lying”.

Demi announced she had been diagnosed with thyroid cancer last week after getting a lump the “size of a golfball” removed from her neck.

Speaking on Good Morning Britain, Demi said: “It's been a bit of a hard thing to process, it's all very new to me and it's happening very quickly but I'm okay, that's the main thing.”

However she admitted that she had experienced trolling on social media as a result of appearing on the hit TV show.

Demi said: 'I've been really lucky I haven't experienced lots of trolling since coming out the villa, but there are still people like that.

“Even with my cancer, I've had nasty comments. Saying things like ‘she's lying’ and I woke up and saw on my Instagram and thought ‘that's ridiculous’.

“Unfortunately there are people out there like that. I don't respond to anything, I never respond to trolling on social media, it's not worth my time… But it makes me sad.”

Demi continued: “I'm not lying about this at all. It's a really serious thing, I don't want to be going through this.”

The star has vowed to “bounce back stronger” after receiving her diagnosis and thanked her fans for their support.

She said: “I'm staying very positive and I'm a strong girl so I'll be fine, thank you for your love and support always. I'll bounce back stronger.”