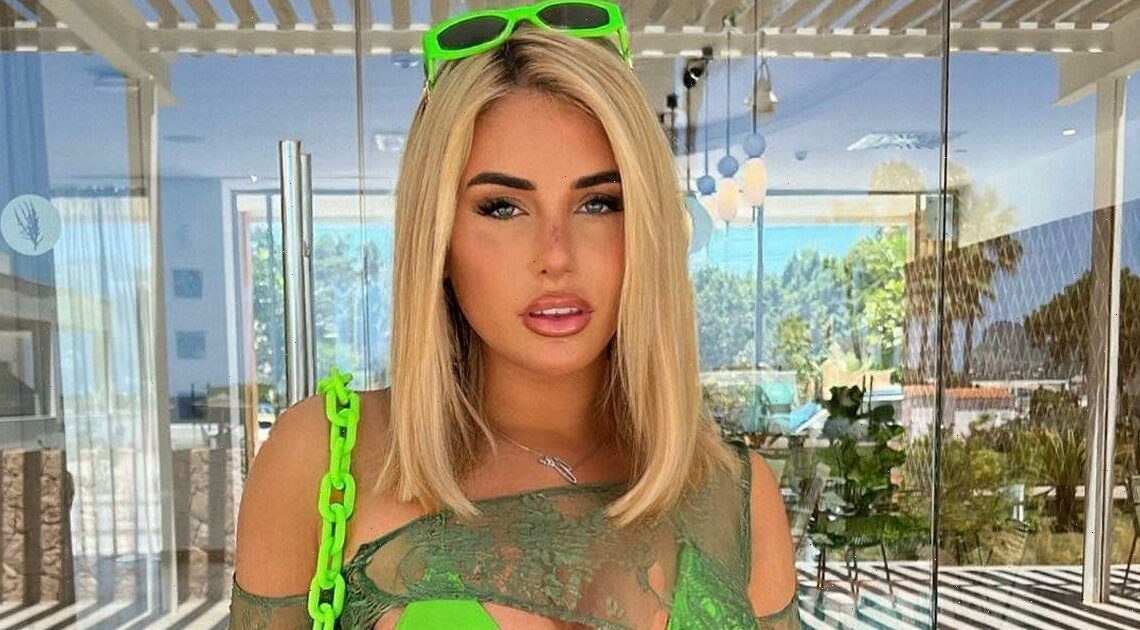 Love Island's Ellie Brown has left fans utterly mesmerised as she kicked off her lavish getaway.

The 24-year-old Newcastle beauty headed to Ibiza for some more sun, sea and sand – and it's no surprise that she already looks utterly sensational upon her arrival.

Ellie has kicked off the summer season with one incredible outfit as she donned a teeny green bikini paired with a lace sheer overlay cutting at various areas on her curves.

With a dark green lace material covering her bottoms, followed by a white lace material slashing around her abs and a slashed centre at her cleavage, Ellie's look was certainly different.

The lace overlay captivated fans as she accessorised the look with a line-green bag and some sunnies to match while her curves took centre stage.

In Ellie's stunning snap she shot a look at the camera before adding another photo where fans could see her derriere as she turned her back to the camera.

As she posed the snap Ellie wrote: "Back [green heart emoji]."

She was hit with 15,000 likes as fans inundated her with love including support from ex islanders, with Laura Anderson writing: "You always kill it missy teach me."

Ellie teased that it was her first day back in the warmer climates – so it seems the bikini snaps could be coming in thick and fast in abundance.

Ellie's decision to head abroad comes shortly after her pal Adam Collard entered the villa once again after he last appeared on the show during her series.

Adam's entrance took many people by surprise, but his fellow ex islanders certainly got the shock of their life.

As he was teased on Sunday night Ellie took to Twitter as she wrote: "Adammm WTFFF!!!!"

The pair were friends before their respective stint on the ITV2 show, so they were shocked when they realised they were both in the villa at the same time.

Things became a little frosty when Adam ended things with Ellie's best pal Zara McDermott, but they still had a friendship from before their TV fame.