Home » Lynx and wildcats to be reintroduced in England 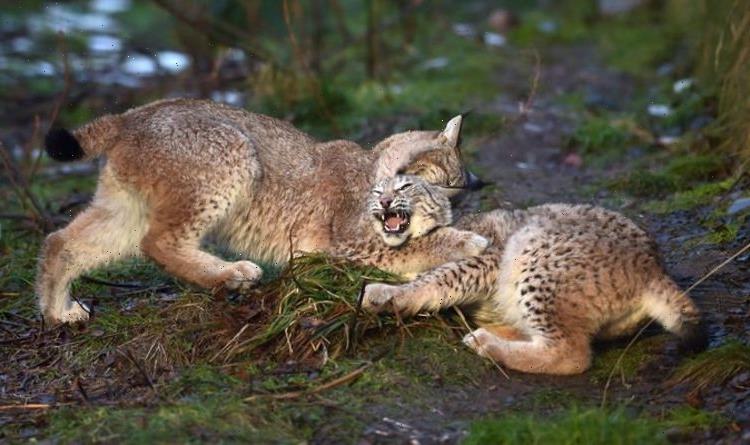 Lynx and wildcats to be reintroduced in England

The moves follow a hard-hitting Daily Express campaign urging the Government to make more space for nature. Readers are helping to buy the Horse Common nature reserve in the New Forest for the RSPB. Wildcats were once widespread but now cling on in the Highlands after centuries of persecution. They are also threatened by crossbreeding with domestic cats. Other species that may be reintroduced include the lynx and Dalmatian pelican.

The pelican can stand 6ft tall and was Britain’s largest bird but disappeared in the Middle Ages as wetlands were drained. Globally only about 3,500 breeding pairs are left in the wild.

The lynx died out in the UK about 1,300 years ago. They would help control the deer population but would face strong opposition from livestock farmers.

Another that could return to England is the golden eagle. None have bred in England for a few years and before that there was only one pair in Cumbria.

The rewilding plan is part of what is being billed as the Government’s “Nature moment” in the run-up to November’s COP26 climate summit in Glasgow and the COP15 conference on biodiversity.

He is also considering a ban on gardening peat while restoring peatlands.

Mr Eustice is expected to say that his measures will “set us on the path to ensure that we have at least 12 percent of woodland cover by the middle of the century”. 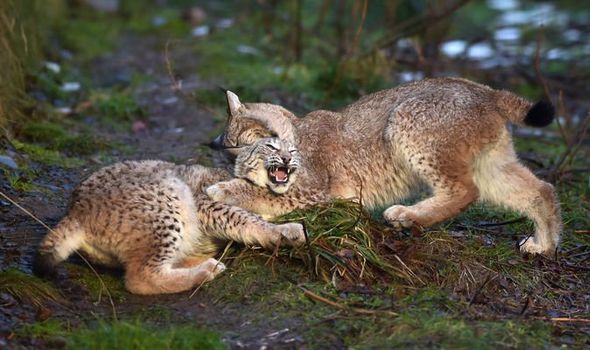 He said these include better public health, catching carbon from the air, “helping us adapt to the changing climate”.

The pandemic has led us all to appreciate the difference that nature makes to our lives more than ever before. There is an increased awareness of the link between our own health, prosperity and the planet.

To meet our net zero target we must protect and restore nature, with nature-based solutions forming a key part of our approach to tackling climate change. The measures I’ve announced are central to that work.

Woodlands and peatlands are two of our largest natural climate-regulating ecosystem types and so we must manage them both sustainably.

We are launching action plans, supported by the £640million Nature for Climate Fund, to expand and enhance woodland cover and to restore, protect and better manage peatland – to form a key part of our new Nature Recovery Network.

The Peat Action Plan alone is likely to create around 600 jobs, significantly contributing to our wider levelling-up agenda.

This is all part of our commitment to leave the environment in a better state.

• George Eustice is the Environment Secretary

Naomi Campbell, 50, announces she is a mother
Recent Posts