Home » Lifestyle » MAIL ON SUNDAY COMMENT: It's time for you to show your mettle, Boris 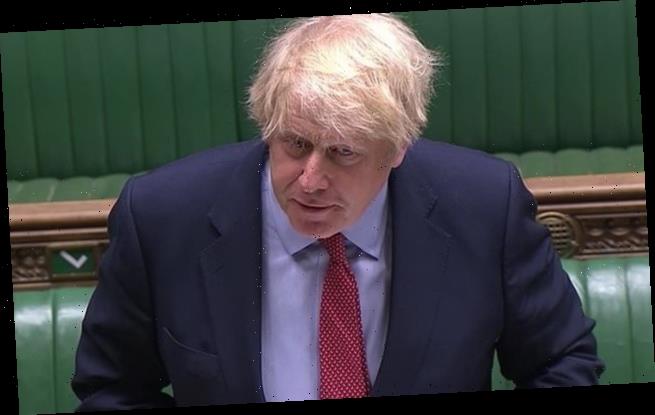 MAIL ON SUNDAY COMMENT: It's time for you to show your mettle, Boris

MAIL ON SUNDAY COMMENT: It’s time for you to show your mettle, Boris Johnson

It is hard to think of a more ill-judged, ill-timed and badly thought-out Government policy than the plan to quarantine travellers entering or returning to this country.

It is months too late to do any good. Its faults are so obvious that they ought not to need stating.

But let us point out to Ministers yet again that these rules will stifle any recovery in our airports and airline industries, huge employers and mainstays of our economy.

They will do so just as the rest of Europe is beginning to pick itself up off the floor, and to reopen for business. 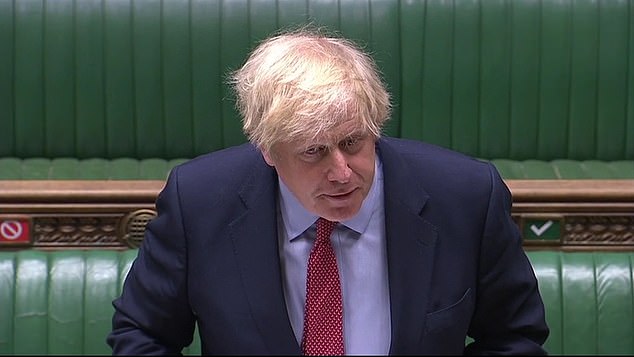 It needs a tough-minded Conservative Government to ensure that, in the years of rebuilding that lie ahead, Britain is not dragged back into the over-regulated over-taxed, greyness from which it escaped under Margaret Thatcher. Time for you to show your mettle, Boris

Like so much that has come out of the Government machine for the past few weeks, the scheme has been a muddle from start to finish. First, France was going to be exempted from the quarantine, and then it was not.

First, Transport Secretary Grant Shapps said there was going to be an ‘air-bridge’ allowing unhindered travel to and from certain favoured holiday destinations. Then the idea was publicly demolished by the rest of the Cabinet.

This sort of thing cannot even be dismissed as zig-zagging. That would be too kind. It looks more like the crazy motions of a wayward party balloon, looping the loop as the air squirts out of it.

There does not seem to be any credible idea of how the quarantine system will work in practice.

It is likely to be a mixture of the wildly illiberal, with a few individuals besieged by officious police, while nothing happens to thousands of others – much like the general enforcement of the lockdown when it first began.

The attempt to reopen England’s schools has been another farce, with policy apparently made up from minute to minute. 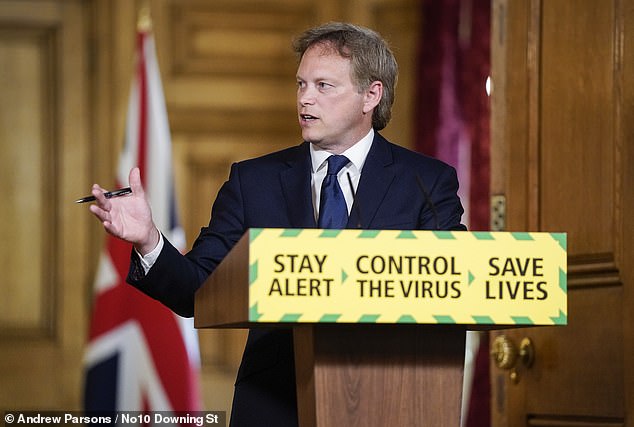 Transport Secretary Grant Shapps said there was going to be an ‘air-bridge’ allowing unhindered travel to and from certain favoured holiday destinations. Then the idea was publicly demolished by the rest of the Cabinet

Education Secretary Gavin Williamson mused about opening the schools during what would have been the summer holidays, but fled in confusion as soon as the teachers’ unions – predictably – denounced it.

But none of the Government’s screeching U-turns on this subject has been as bad as the performance of the BBC’s new hero, Labour leader Sir Keir Starmer.

Sir Keir’s wife turns out to be a key worker, so the couple’s children have been able to attend school throughout the crisis.

This information, which finally dribbled out in a newspaper interview yesterday, should surely have been public knowledge from the start.

There is nothing wrong with Sir Keir benefiting from this provision. On the contrary, his experience means that he knows better than most that it is perfectly possible for schools to operate under conditions of social distancing.

But in that case why has he not raised his voice in support of the general reopening of schools for the multitude of voters who long to see their children back in their classrooms? Parents worry with good reason about the long-term damage that the closure of education has already done, especially for the children of the disadvantaged.

It was cowardly and self-serving of Sir Keir not to stand up for a policy he knew for certain was workable. It is a distressing sign that, even with Jeremy Corbyn gone, Labour is still far too much in the hands of union apparatchiks who care more about sectional interests than the public good.

But the poor performance of the official Opposition should not distract us from the deeper problem of the Government.

Boris Johnson has a huge capacity for leadership. He can speak directly to the public in a way few politicians can, and which many envy. He has shown throughout his time in politics that he is innovative and open-minded, and a great believer in the power of free people to do good, if they are left alone to get on with it.

But while we sympathise with him for his undoubted ordeal, in undergoing the illness he has done so much to fight against, we must still urge him, in the friendliest possible way, to get a grip.

Having loosened some of the restraints on movement and trade, the Cabinet has watched while the nation has pushed at the new boundaries, issuing occasional warnings that we should not go too far but offering no real idea of when the mighty engines of the national economy can begin to turn at full power again.

For there are plenty of other problems that need to be dealt with – most notably the rapidly-approaching moment of full Brexit. The Mail on Sunday reports today on the urgent concerns of farmers that the new post-Brexit trading rules, and plans for subsidies paid to landowners regardless of whether they actually cultivate their acres, could unintentionally destroy much of our agriculture.

If we are not careful, we could permit huge cheap imports of food produced with far lower standards than ours. Nobody who voted for Brexit voted for the devastation of our countryside or the extinction of the traditional stewardship of the soil which contributes so much to the beauty of our unique landscape.

With all these problems in front of him, Boris Johnson would do well to remind the nation of just what an inspiring and invigorating figure he can be. Yet these advantages are being wasted.

In recent weeks he has often seemed absent from the stage, leaving lacklustre lieutenants to do almost all the talking.

It is plainly time for him to be seen and heard much more in public, reminding people of the force and wit with which he won the December Election, and of the real power which holds this Government together.

This is necessary for the nation as much as for him. The old hard Left are stirring again. They see the Covid crisis, with its enlarged role for the State and public spending, as an opportunity to return to the days of incessant State intervention in the smallest details of life.

The Trades Union Congress chief, Frances O’Grady, proclaimed last week that ‘the unions are back’ and that ‘the State is back’.

This is not the lesson that many will take from these events, but it is the one the whole Left, from the TUC to the BBC and the liberal elite in education, law and media want us to take.

It needs a tough-minded Conservative Government to ensure that, in the years of rebuilding that lie ahead, Britain is not dragged back into the over-regulated over-taxed, greyness from which it escaped under Margaret Thatcher. Time for you to show your mettle, Boris.