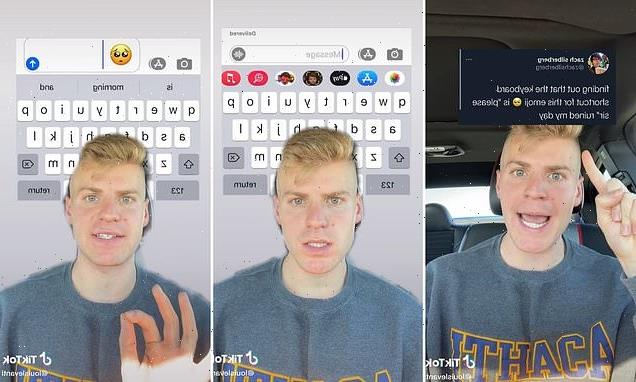 What the Dickens? Man is gobsmacked to learn the REAL meaning of the pleading eyes emoji is ‘please sir’ – and it’s nothing to do with Oliver Twist!

Emojis are a crucial visual shorthand when sending messages, but sometimes the symbol you think you know the meaning of turns out to be something else entirely, as one baffled TikTok users has dicovered.

Louis Levanti, believed to be from the US, shared his reaction on TikTok after he came across a Twitter thread revealing the true meaning of the pleading eyes emoji, commonly used to ask someone for a favour.

The image, which shows a round yellow pleading face with ‘puppy eyes’ appeared with the shortcut ‘please sir’, in an apparent nod to Charles Dickens’ hero orphan Oliver Twist, and his famous quote: ‘Please, sir, can I have some more.’ 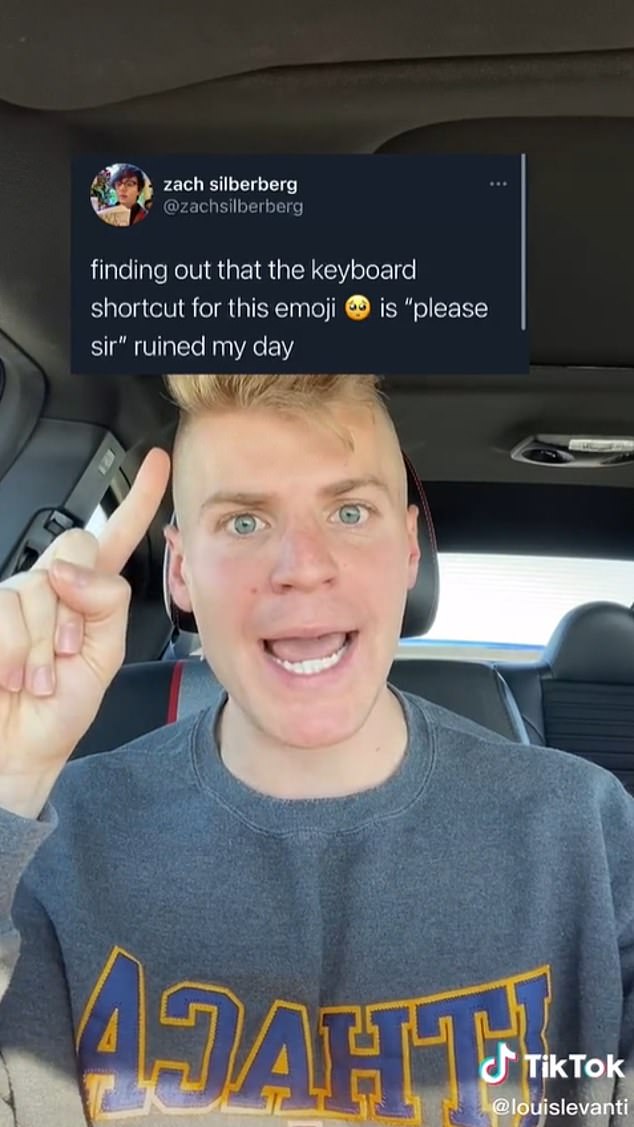 Louis Levanti, pictured, believed to be from the US, who uses an Iphone, shared his reaction on TikTok after he came across a Twitter thread where it was revealed the emoji, which shows a round yellow pleading face with ‘puppy eyes’ appeared with the shortcut ‘please sir.’ 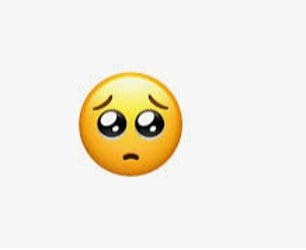 Twitter users have been debating the real meaning behind the pleading face emoji, with some suggesting it has sexual connotations

Louis was reacting to Twitter user Zach Silberberg who shared a video, saying finding out the meaning behind the emoji had ‘ruined his day.’

Zach uploaded a video where he typed the words ‘please sir,’ on his phone’s keyboard, and the emoji appeared.

‘Finding out that the keyboard shortcut for [the sad emoji] is ‘please sir’ ruined my day,’ he wrote on the social media platform. 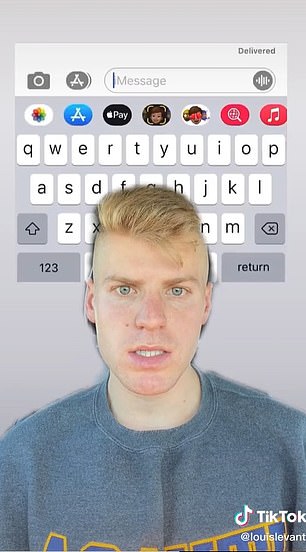 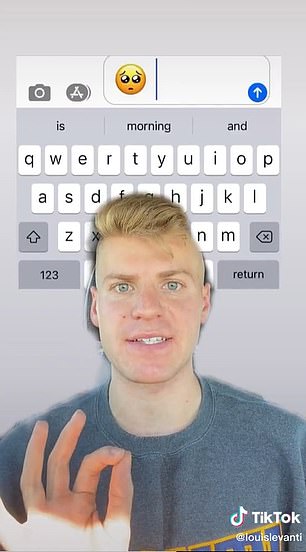 Louis, pictured, was shocked to find ‘please sir,’ which has naughty connotations, could be used a shortcut for the emoji, right

Seeing this video, Louis showed his reaction on his TikTok account, where he counts 998,700 followers.

Louis put the shortcut to the test and shared his shock in a video.

‘I did not need to wake up to this tweet saying that is what you type to get that emoji,’ he said.

The video has gathered more than one million likes and almost 60,000 comments since Louis shared it. 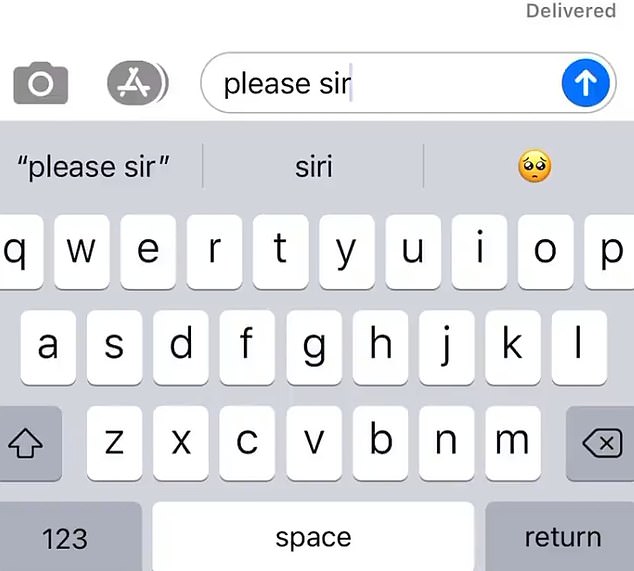 Twitter user Zach Silberberg revealed the shortcut in a viral Twitter thread on Arpil 30, where he said it ‘ruined his day’

Louis’ followers were as shocked as he was, with many trying the shortcut trick for themselves.

‘Apple on thin ice,’ one joked.

‘It also comes up with “pweeze”,’ another said.

Some also noted the emoji didn’t appear when using words like ‘please ma’am’ or ‘madam.’

‘Tried it with “ma’am” and it didn’t work. Smells toxic,’ one said.