MANCHESTER UNITED legends Paul Scholes and Roy Keane were 'bladdered' on the pitch after the 1999 Champions League final triumph, Gary Neville has revealed.

Scholes and Keane both missed the historic game as they had picked up bookings in the second leg of their semi-final against Juventus. 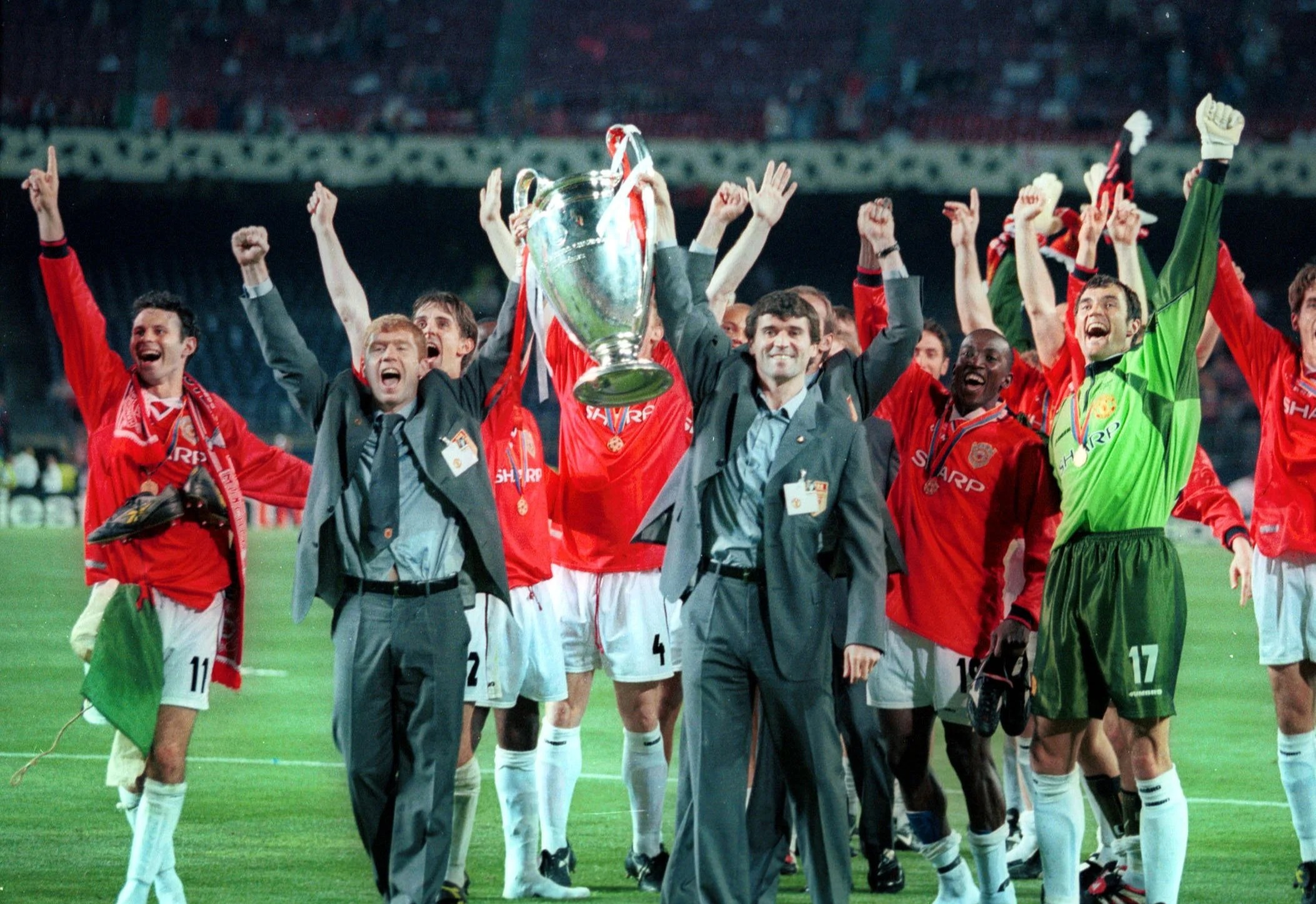 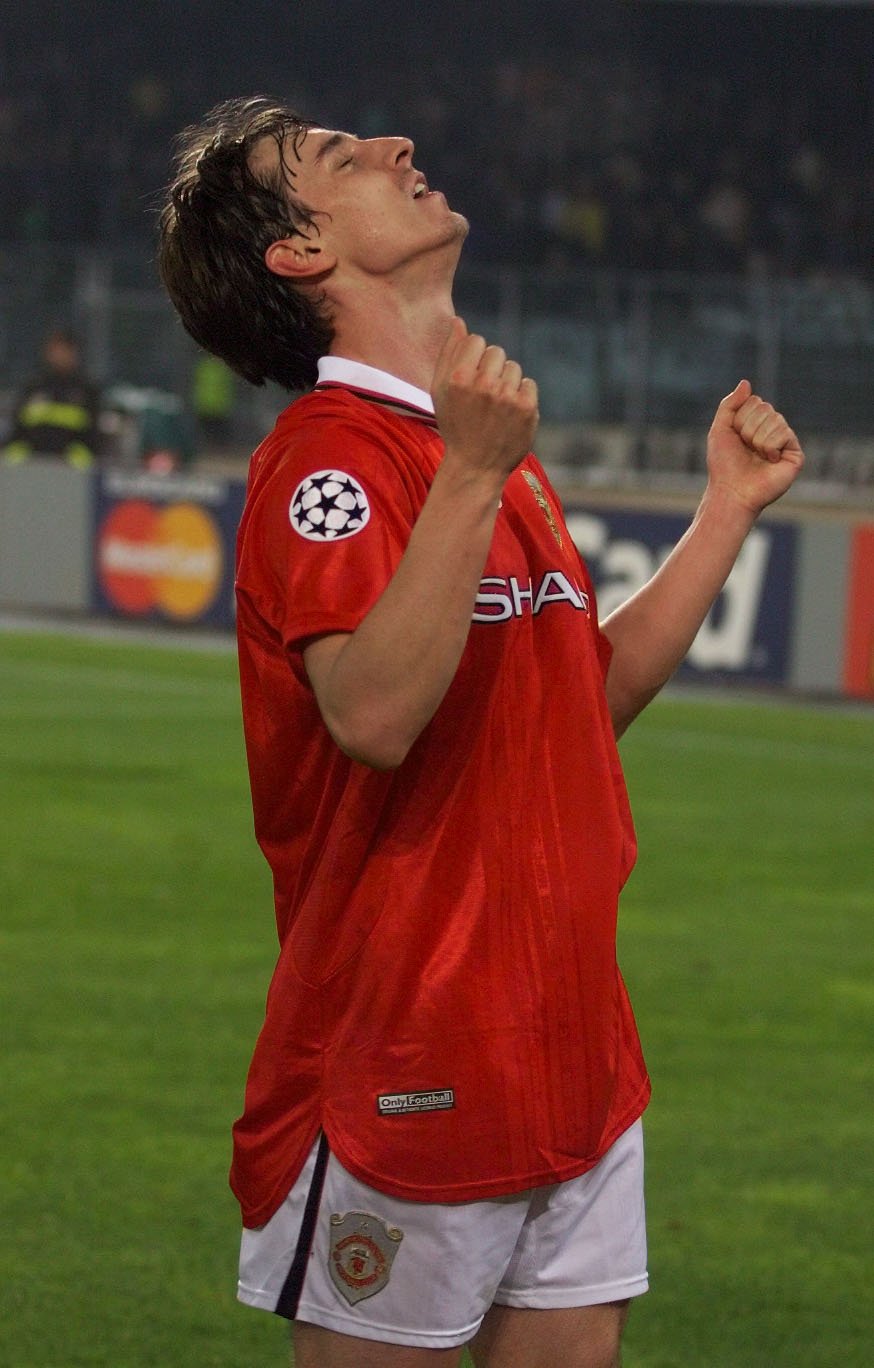 But they were in the stadium to witness the remarkable event as Man Utd came from 1-0 down in stoppage time to beat Bayern Munich 2-1 and lift the trophy.

Goals from Teddy Sheringham and Ole Gunnar Solskjaer handed the Red Devils one of the greatest nights in the club's history.

And Neville, who played in the game, has now spoken about how the suited up pair of Scholes and Keane were absolutely hammered by the full-time whistle.

Speaking about his memories from immediately after the game, he told Sport Bible: “It was just absolute mayhem. I remember us all sitting on the pitch and singing Sit Down by James – which is on camera – and thinking ‘wow’.

“I remember Scholesy and Keaney coming through with their suits on absolutely bladdered, been drinking all day. They had to, didn’t they?!"

He also recalled his own crazy night, adding: “And then the next thing I remember is walking around the port in Barcelona on my own with champagne at seven o’clock in the morning thinking ‘I ain’t going to bed’. 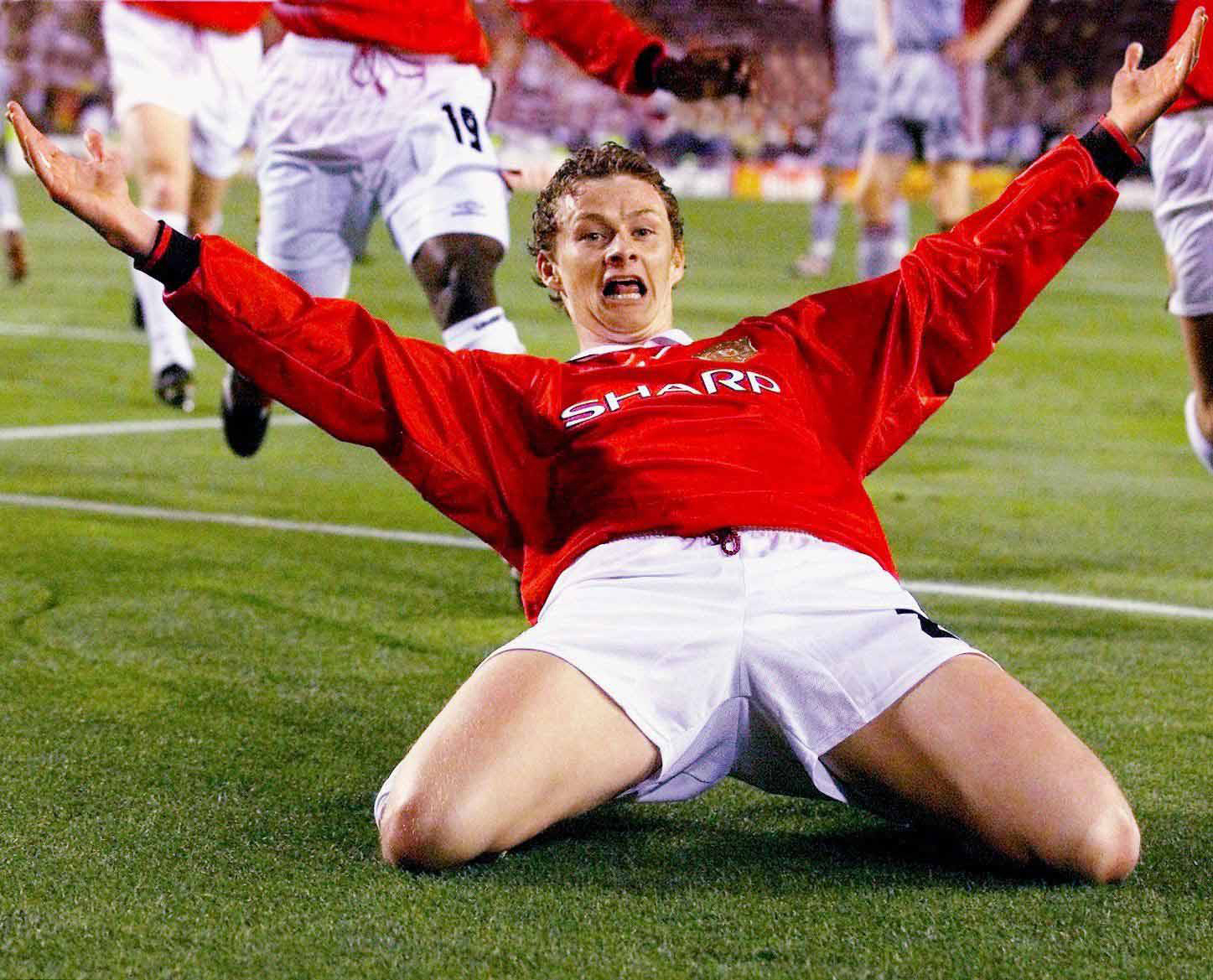 "I think it’s the only time in my life I’ve never gone to bed. And I couldn’t go to bed. There’s nothing going to get me to sleep. We were on such an adrenaline rush and it hit me about nine o’clock the next night. And literally I was gone."

Neville also gave his account of both the late goals which crowned United as European champions in the most incredible fashion.

Speaking first about Sheringham's equaliser, he said: “I ended up on the left wing. I put a long throw-in in, the ball got played back out and then it got played over to me. And I played a ball into the box and it got deflected out for the corner. So I then went back. Me and Dennis [Irwin] were always back on the halfway line.

“The one thing I remember in that game – and I’d played in the Nou Camp before – but I’d never recognised it with being so full of Manchester United fans at that end that we were kicking towards. I remember thinking ‘they’ve not even celebrated, they’ve not even seen a goal and I’m going to have to go over there and clap them at the end and they’re all going to go home’.

“And then that goal went in and they just went absolutely mad. I don’t know how many were there, about 40,000 of them. And then you start getting goosebumps and you start thinking ‘something’s happening’.

“And then you’re thinking 'let’s get to extra-time'. There’s no one in our team thinking to score a winning goal. No one can be. You’ve just scored a goal, your relief is enormous."

Then remembering Solskjaer's winner, he added: “And then the second goal goes in and literally I’m planked on the floor on my back. Literally, I think I nearly actually went into tears. I was emotional, I was screaming. And, to be fair, even now I feel quite emotional about it because I thought ‘oh my god, what have you lot just done?!’

"My first words to Ole were ‘you have no idea what you’ve just done, you’ve just created history in that moment’. It was mind-blowing.”

Upon receiving a hero's welcome back in Manchester, Neville vividly described the open top bus parade.

“I know what Manchester United means to our fans," he said. "I know it. I lived it. I am one. But I’d never seen it like that.

“I always recall veins popping out of grown men’s necks, men and women hanging off of scaffold poles and tubes and lampposts, risking injury just to see us. The feeling of complete and utter emotion and happiness."

United completed a famous treble in just over a week, claiming the Premier League, FA Cup and Champions League all within 10 days of one another.

And Neville admits it is the one period of his life he would love to relive.

“I never look back – I’m looking back now – but I never look back in my life, I’m always thinking what’s going ahead, forward," he added. "But if I could live 10 days again in my life, it would be that 10 days. Even if you gave me that 24 hours from Ole’s goal to walking on the beach in Barcelona.”