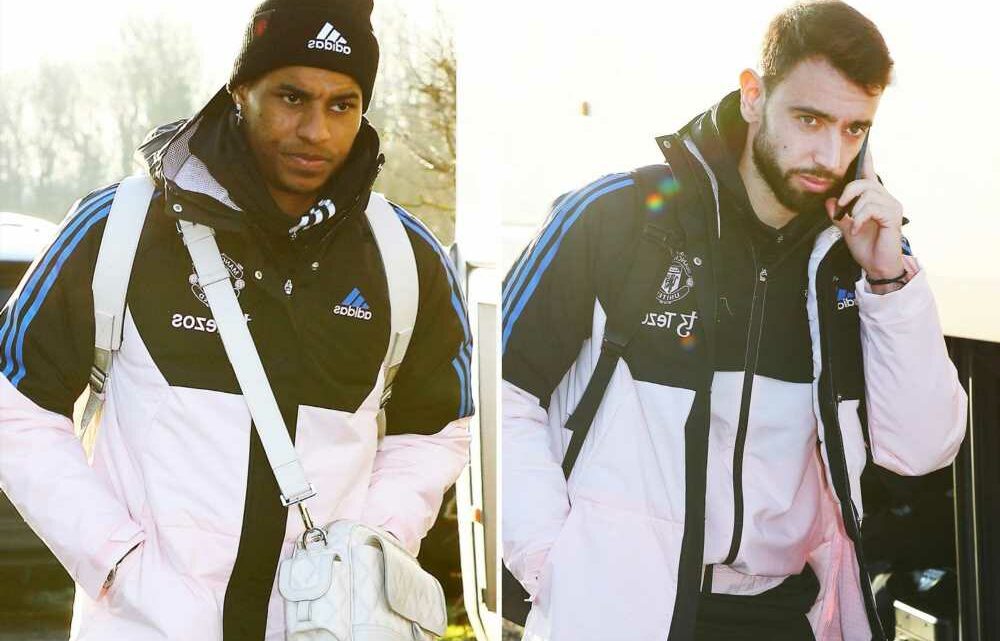 MANCHESTER UNITED have boarded the train down to London ahead of their huge Prem clash with Arsenal tomorrow.

The Red Devils travel to the capital aiming to cut the gap at the top of the table to five points. 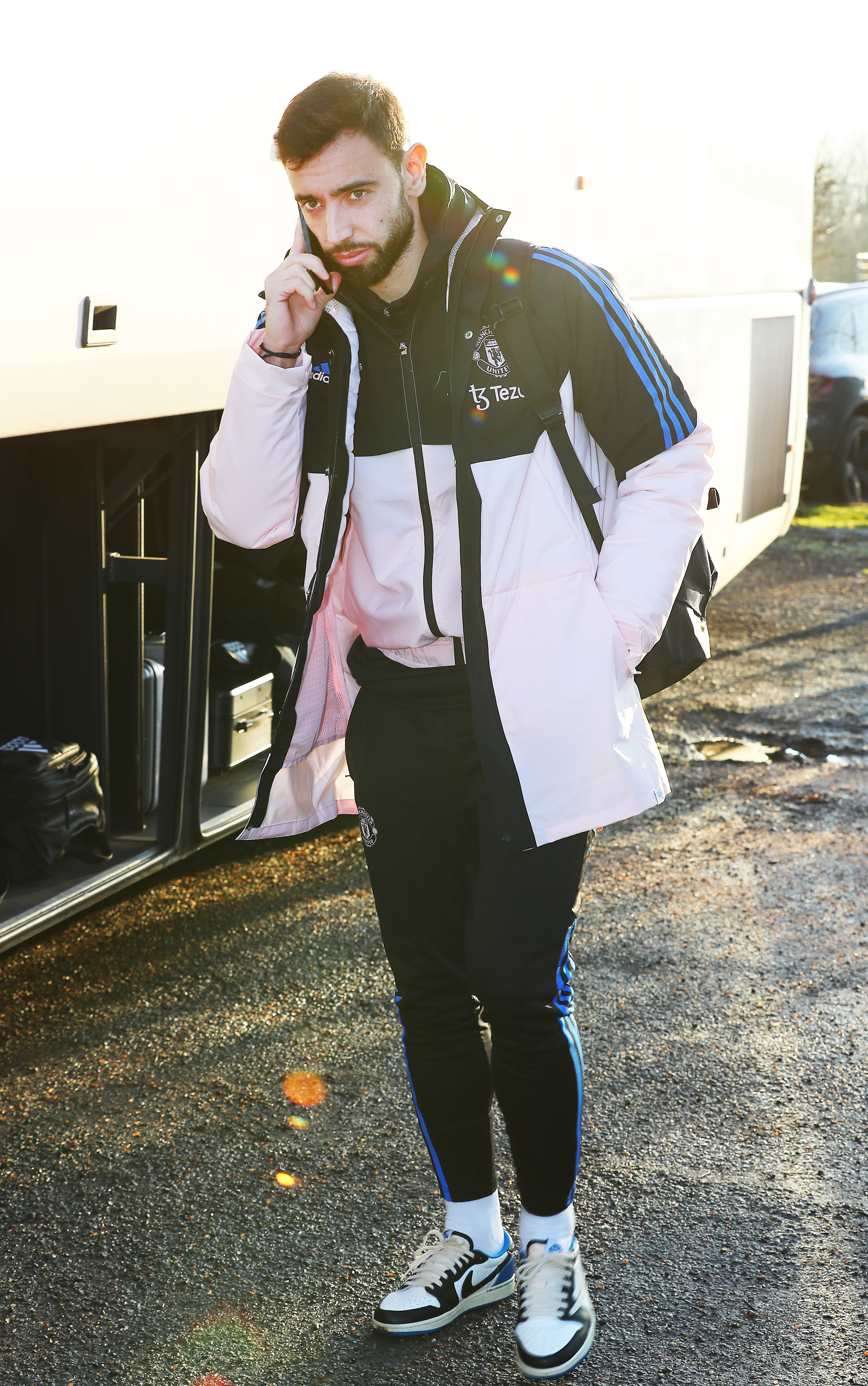 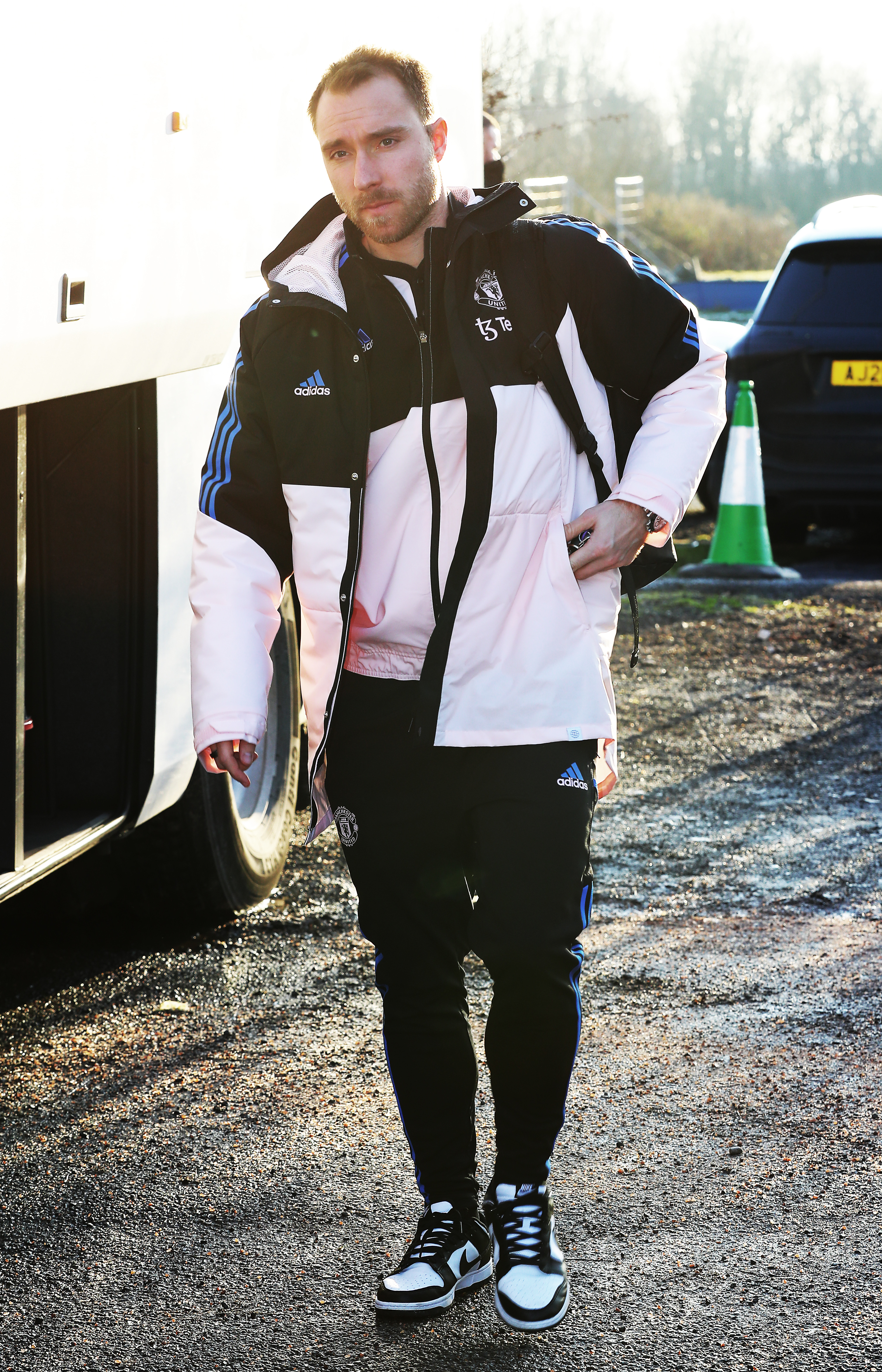 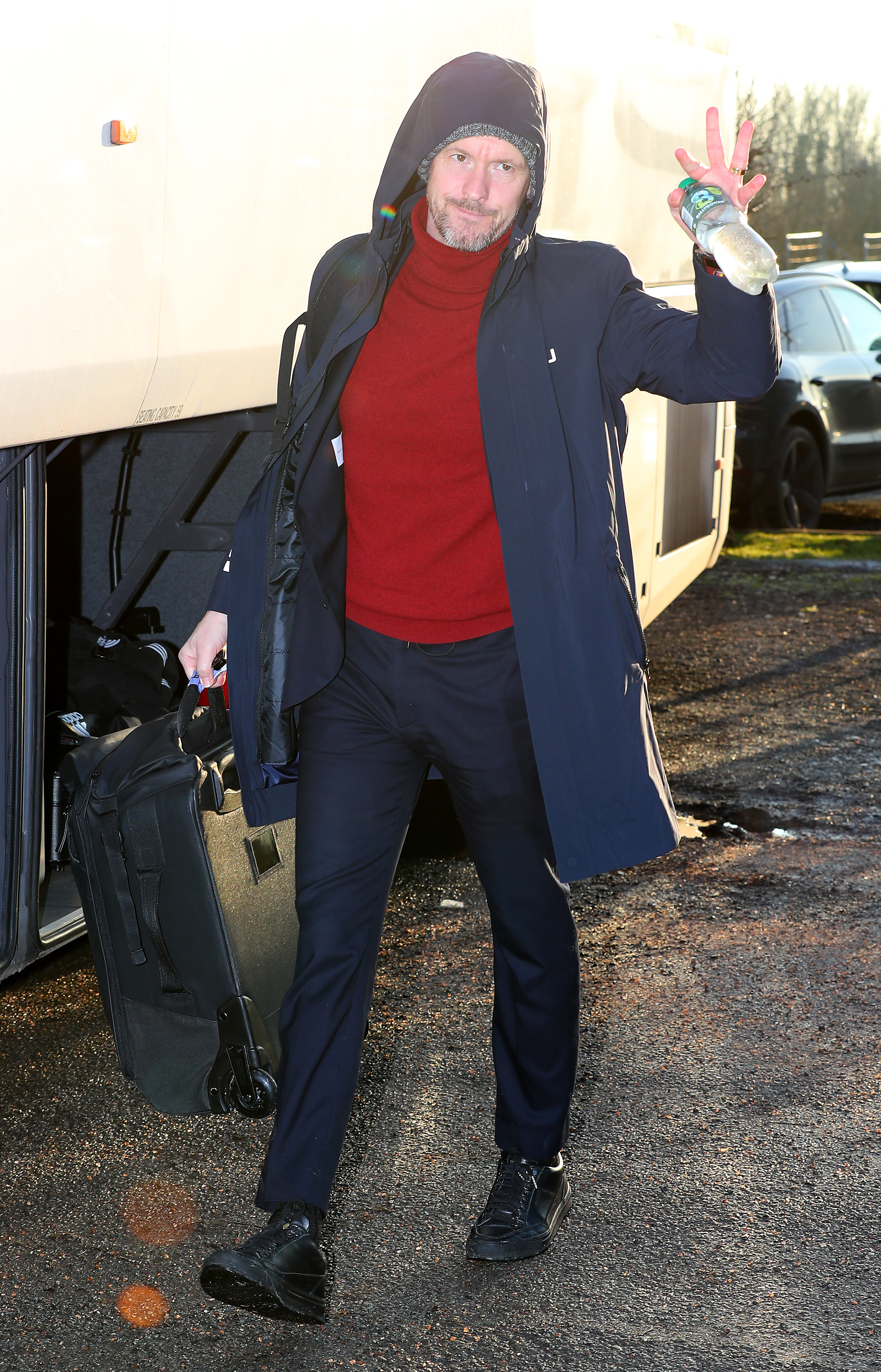 Boss Erik ten Hag donned a bright red jumper for the journey down south, during which he'll have much to ponder.

His players sported full Man United tracksuits as they aimed to travel in comfort.

Not among them, however, were injured duo Diogo Dalot and Anthony Martial.

The pair are set to miss the crunch clash with respective injuries.

Dalot has been struggling with a thigh issue, while Martial has a leg injury.

The former Real Madrid star will miss the crunch clash through suspension after picking up his fifth booking of the season against Crystal Palace.

Midfielders Scott McTominay and Fred both braved the cold, and either could come in to replace Casemiro. 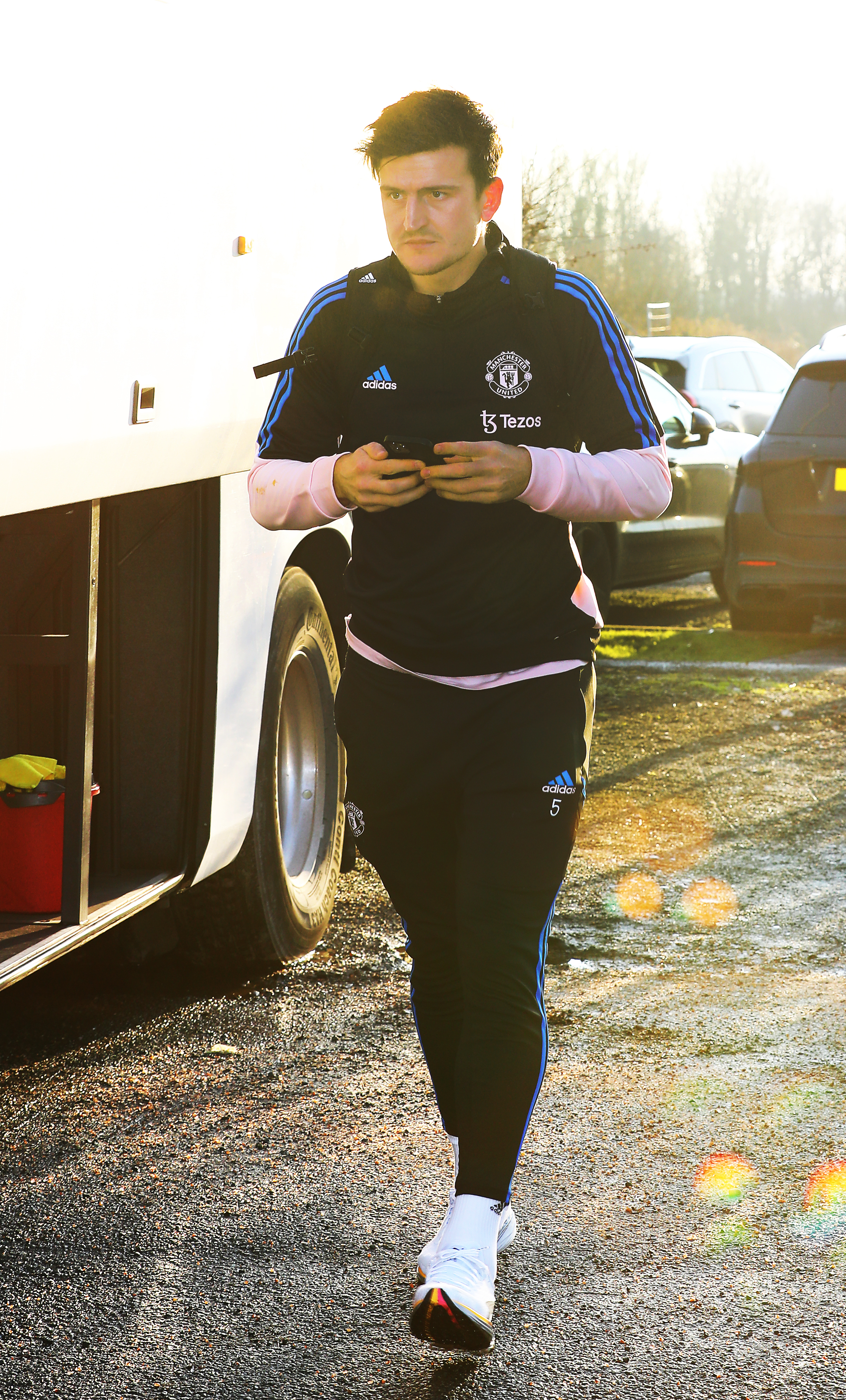 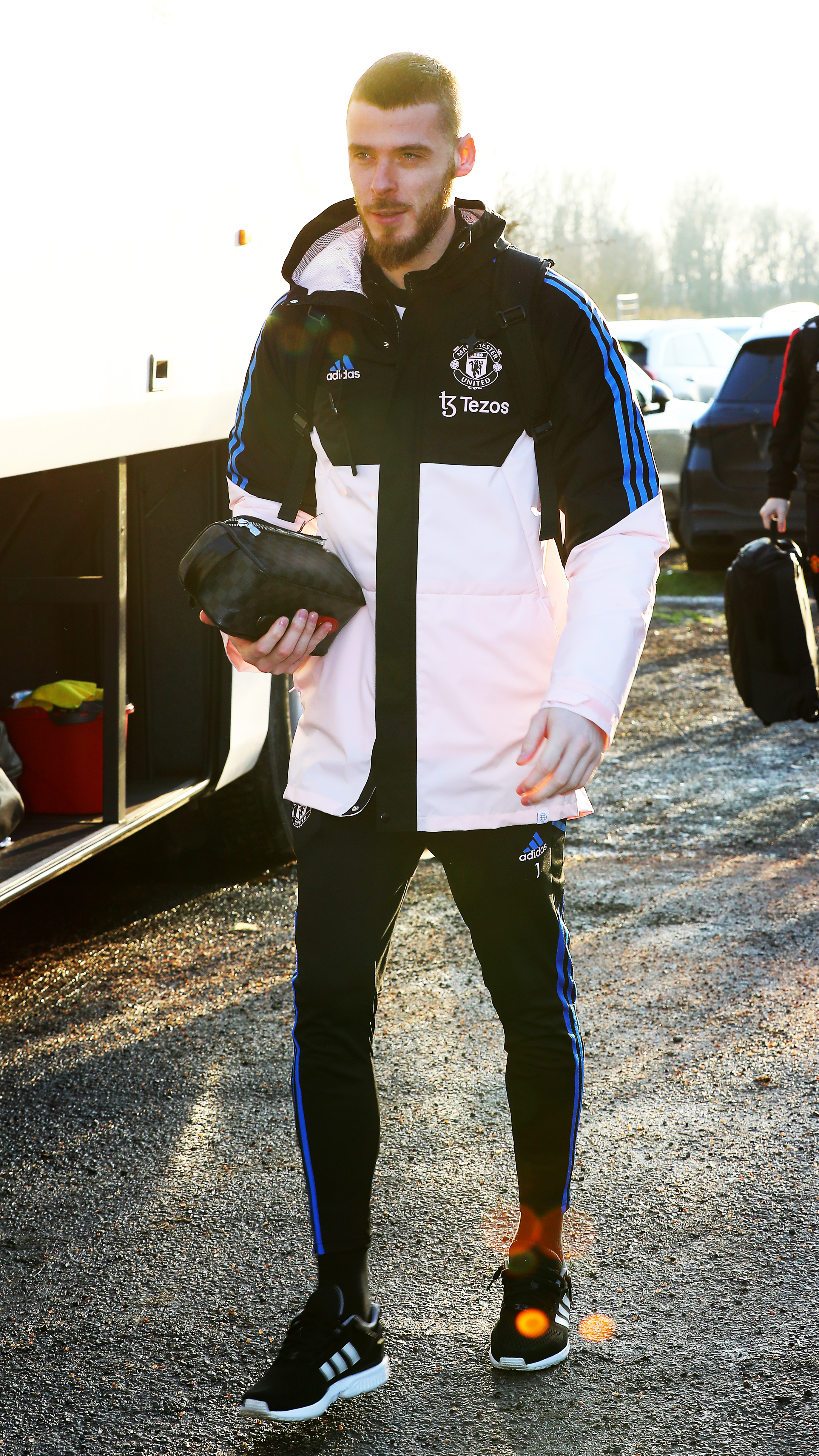 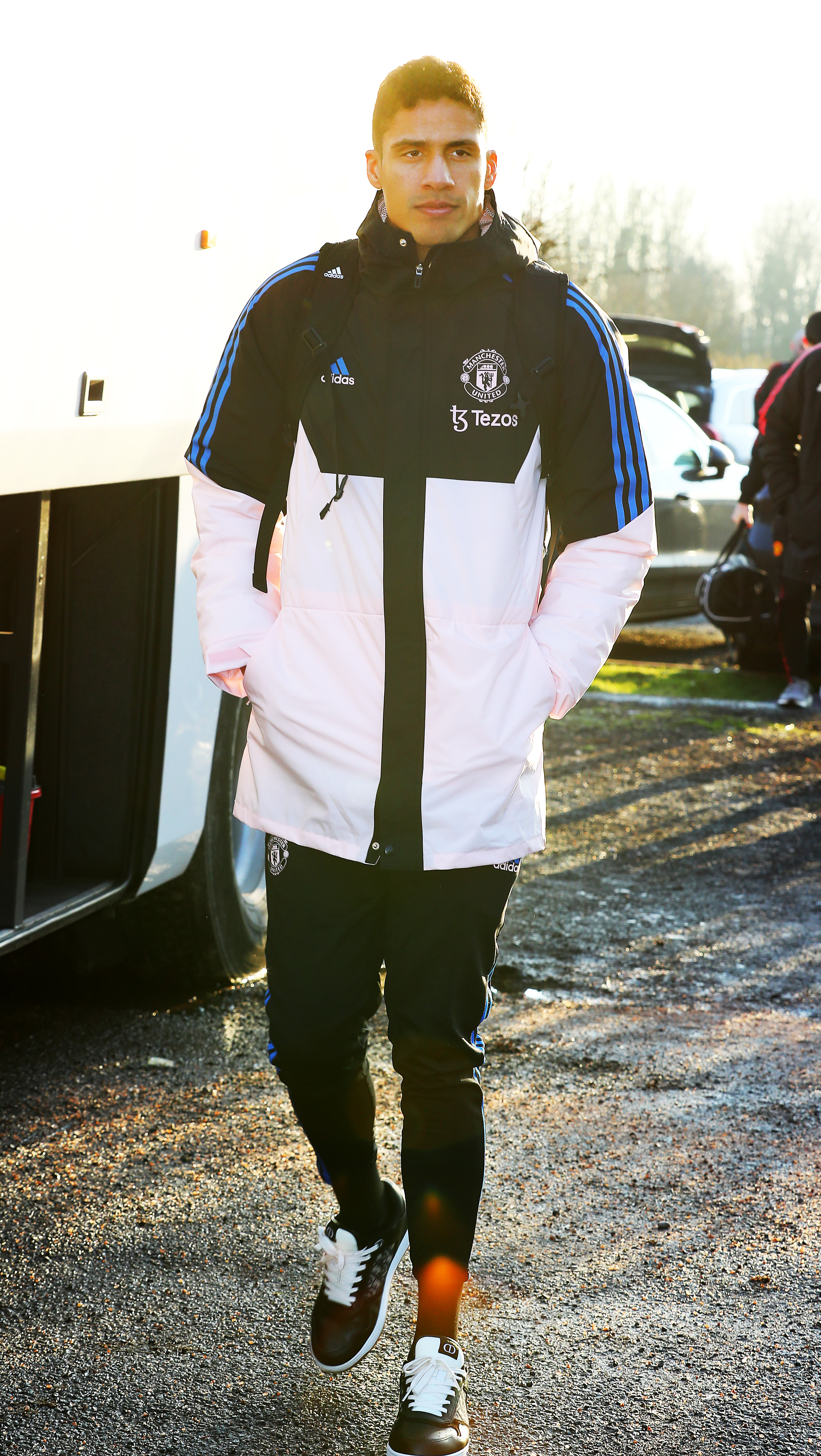 The latter donned a cool pair of sunglasses for the journey in the winter sunshine.

While McTominay pulled a snood over his face to keep warm.

Christian Eriksen, who will partner whoever gets the nod alongside him, looked pensive as he boarded.

While Bruno Fernandes spoke on the phone.

Tyrell Malacia looked relaxed as he smiled in the bitter cold, while Marcus Rashford looked a picture of concentration.

Defiant Ten Hag has insisted his stars can win at the Emirates without Casemiro.

He said: "They are in a great run. There is a really good spirit in their team so we know what to do.

"It is up to us to beat their run and we will do everything to do that.

"We have to be really good. We need a really good performance. But if we do, I think we have a good chance also to get out of that performance a good result." 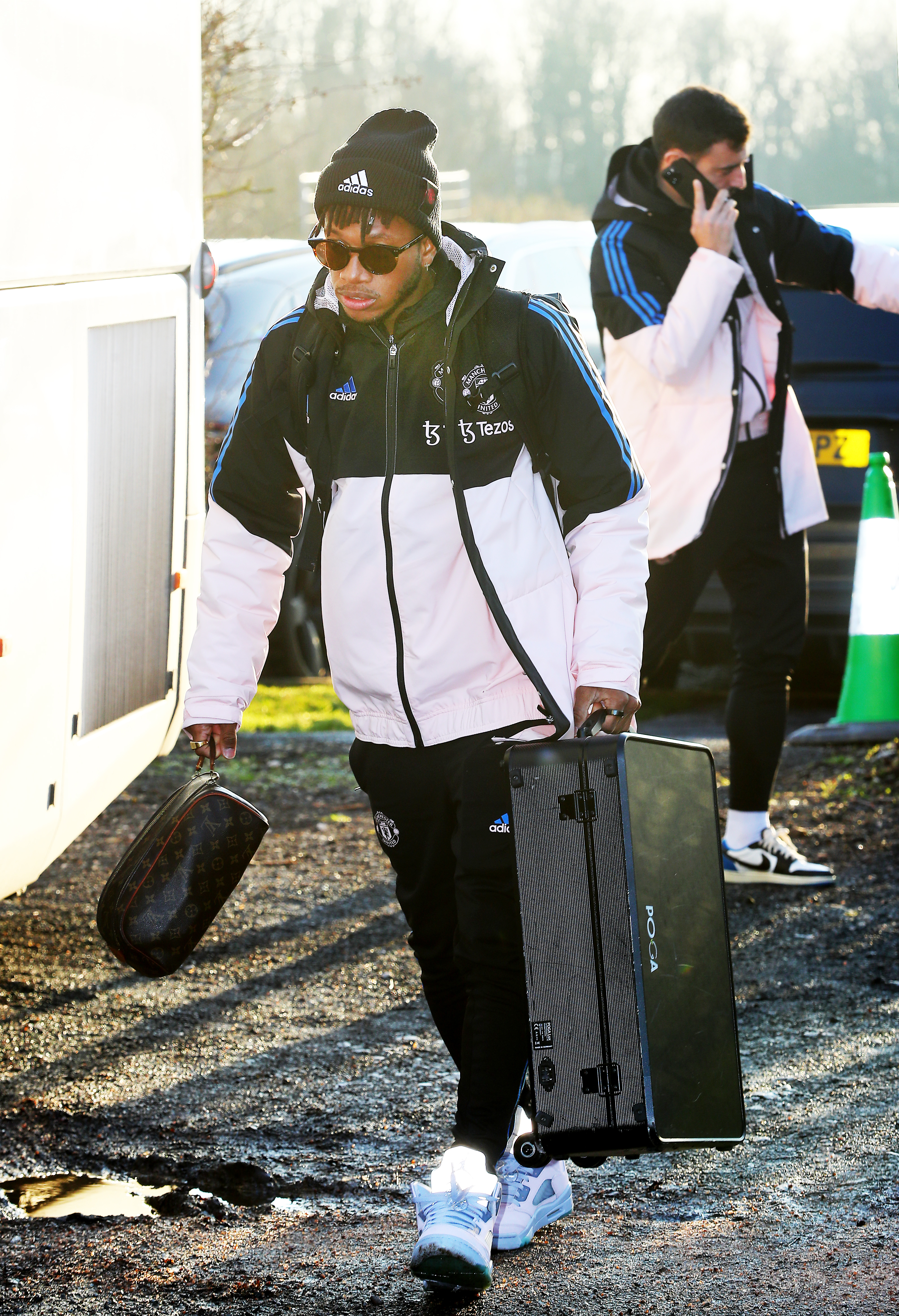 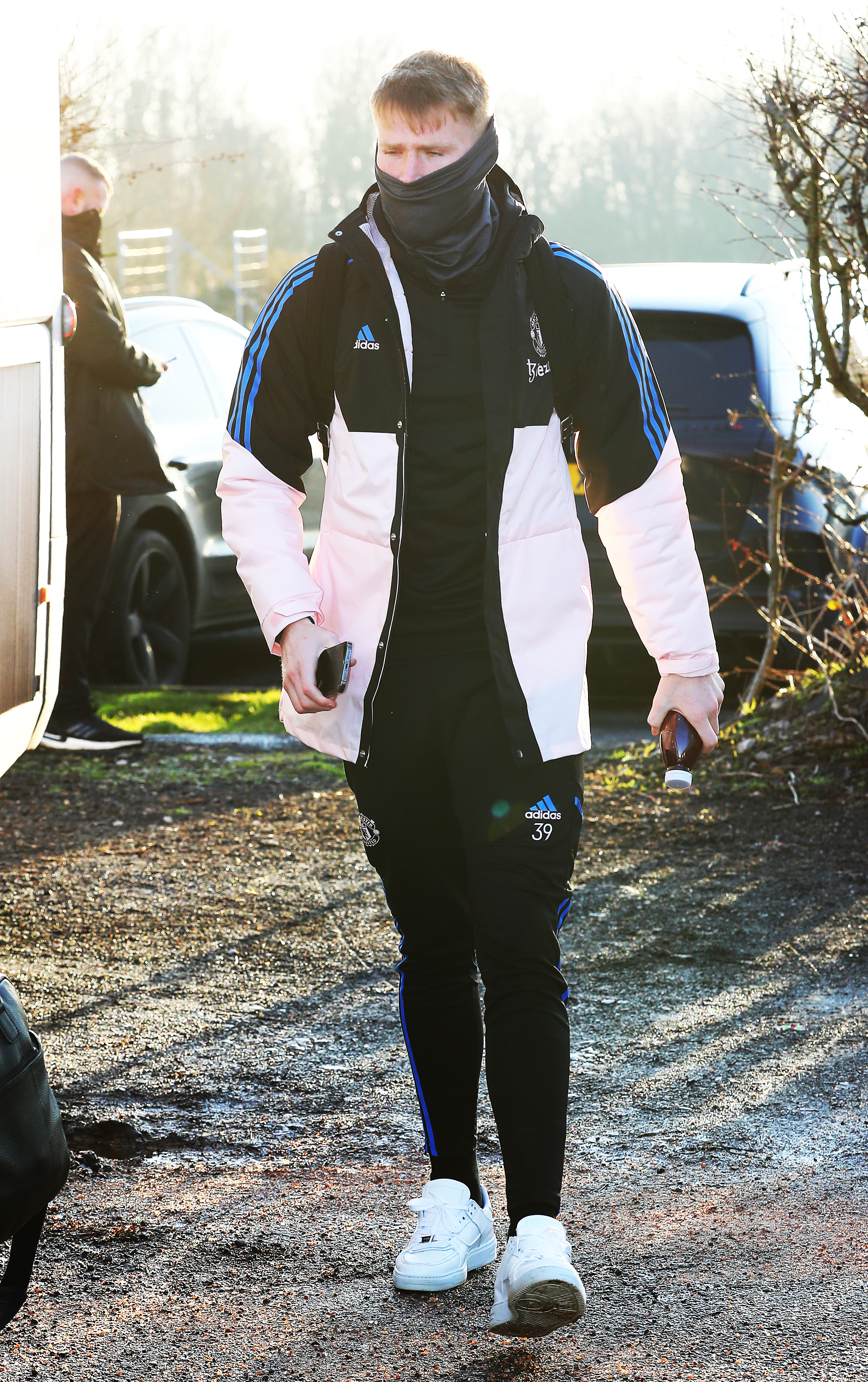 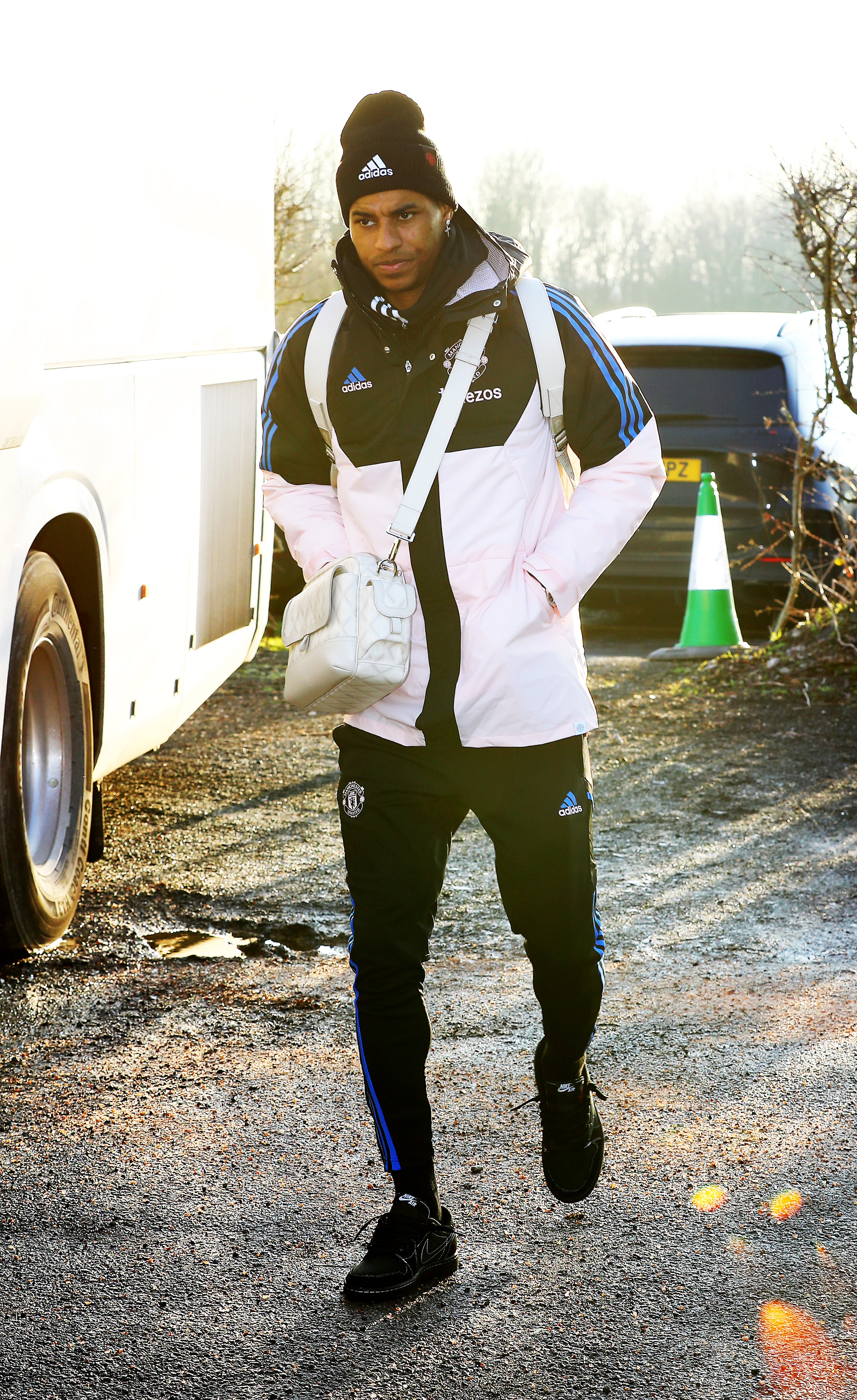 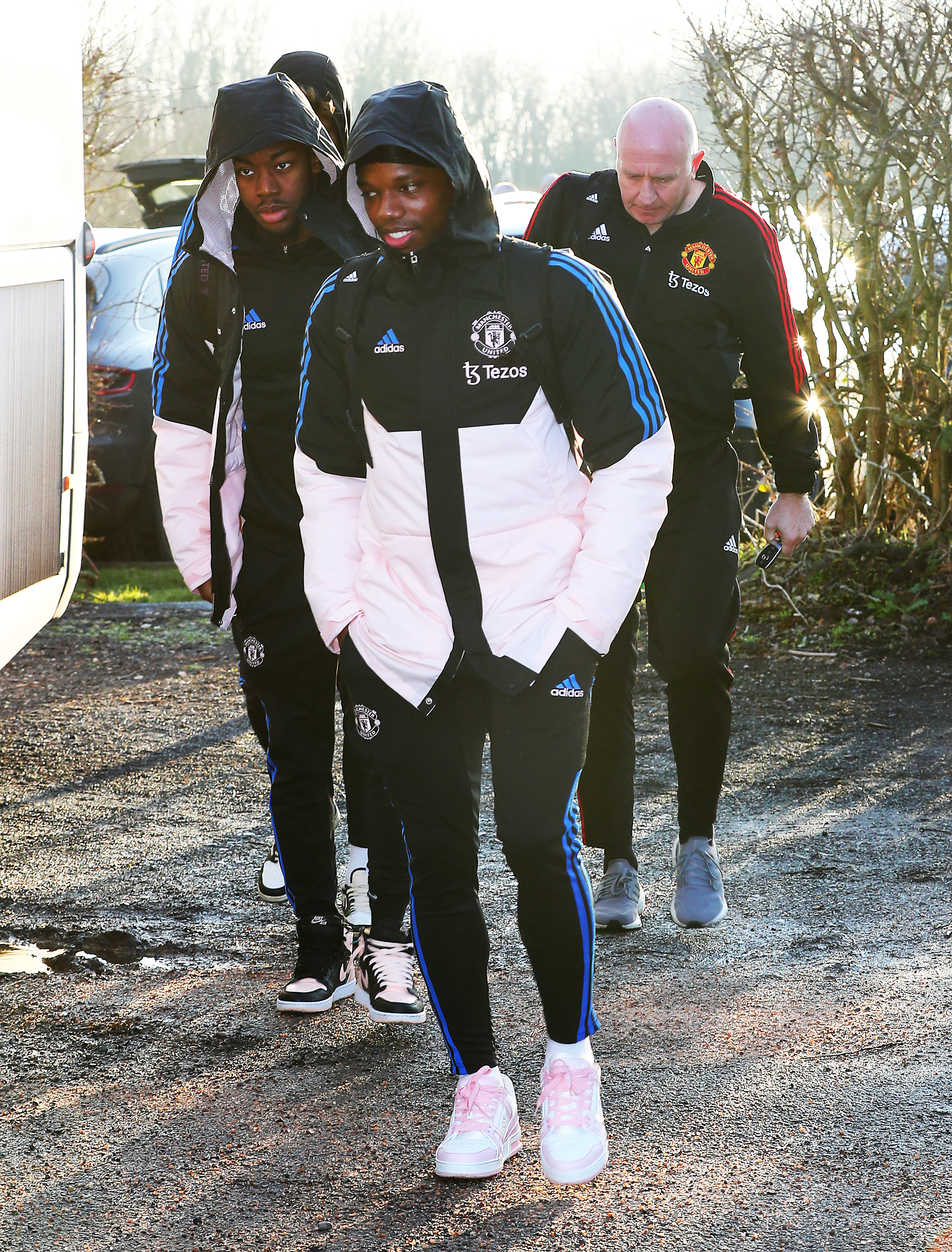