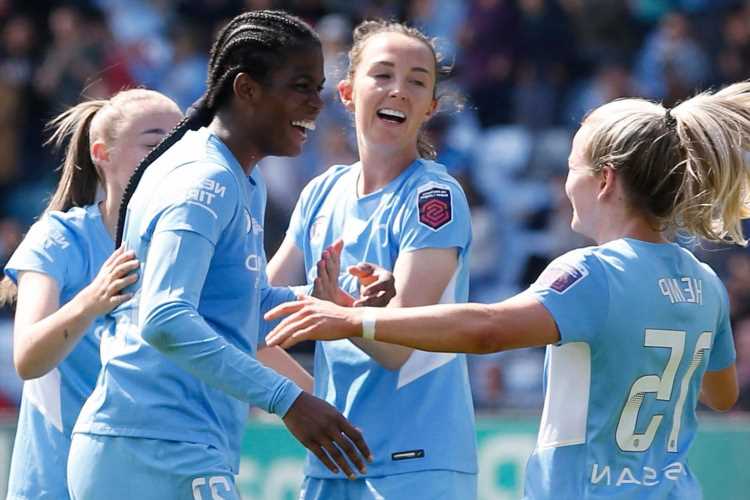 KHADIJA 'BUNNY' SHAW netted four times as Manchester City moved up to third with a ruthless 7-2 drubbing of Brighton.

The Jamaica ace was in lethal scoring form with Lauren Hemp also on target on her 100th Citizens’ appearance. 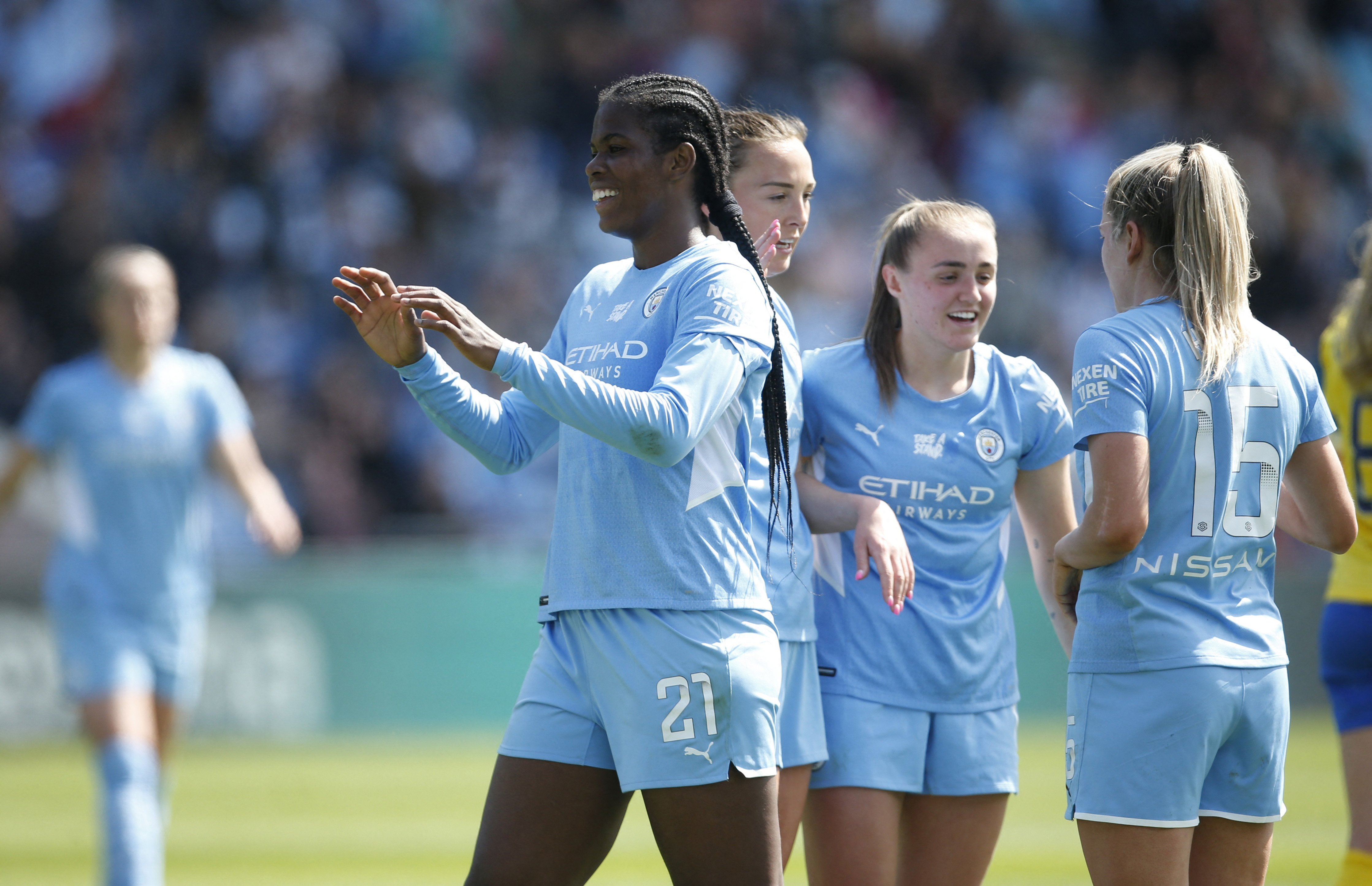 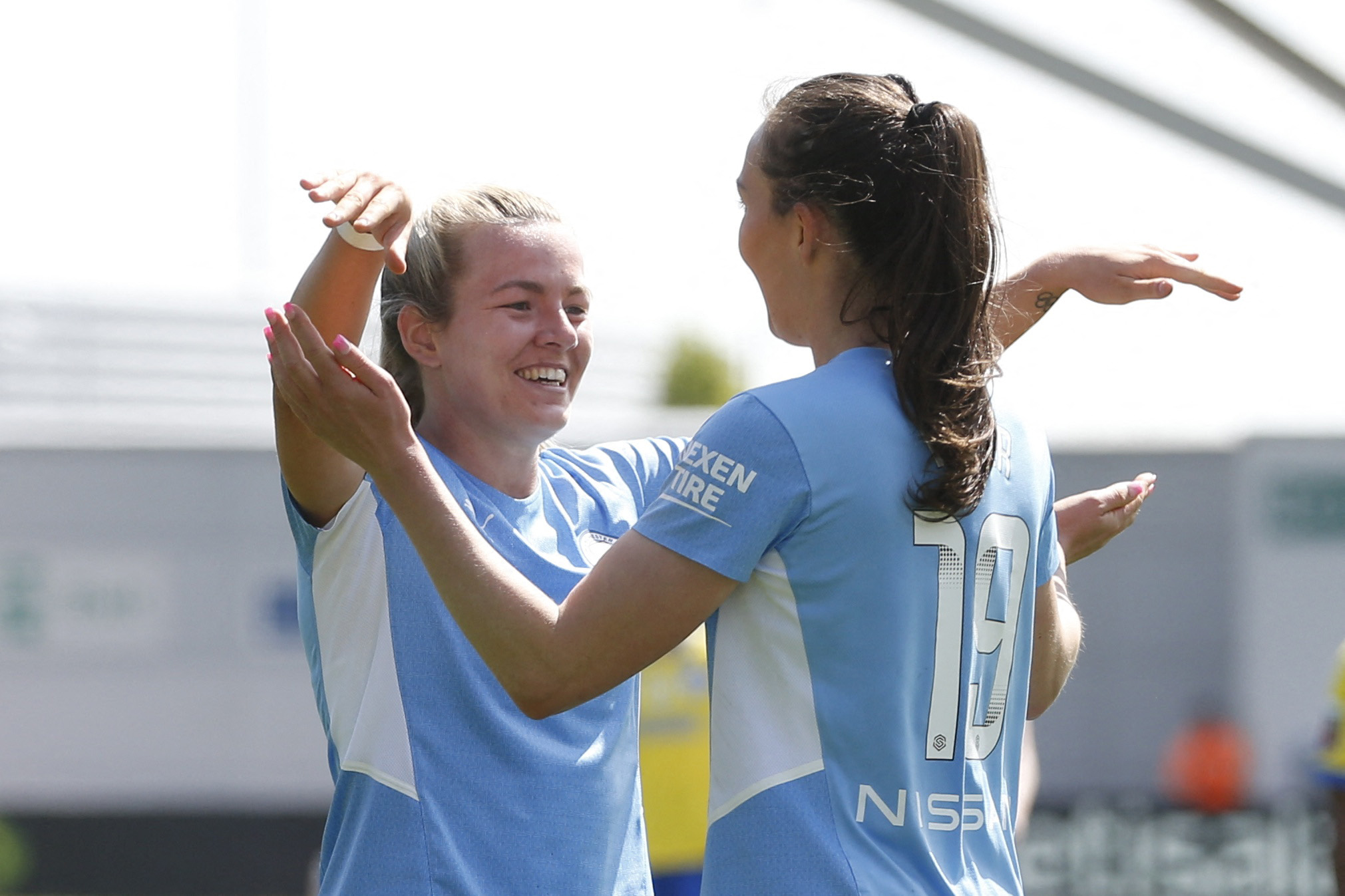 The nine-goal thriller saw them leapfrog neighbours Manchester United into a Champions League spot for the first time this term.

Shaw said: “We found ourselves in a difficult position at the beginning of the season, so we know it was going to take hard work and consistency.

"This year started off great for us and we’ll just keep building on it and stick together as a team."

The match saw Hemp and Shaw notch up their 18th goals across all competitions this term.

City boss Gareth Taylor said: “Bunny is a really good finisher and it's just about her believing in herself a bit more.

"She's had a very good season and the levels for her to move up are huge.

"Coming from a different league and into a different country, there's that adaptation period.

I played for Man Utd with Ronaldo, but now sell luxury watches in Mayfair shop

ED OF THE LINE

"Hopefully the result today will give her a little bit more confidence."

Brighton had a nightmare start with Shaw firing the hosts ahead in the third minute following Demi Stokes’ probing run and pass.

The home side, who had 11 shots on target, doubled their lead in the 12th minute shortly after Hemp fizzed an effort wide.

And it was Shaw again, firing beyond Megan Walsh on the edge of the six-yard box after a pass from Lucy Bronze 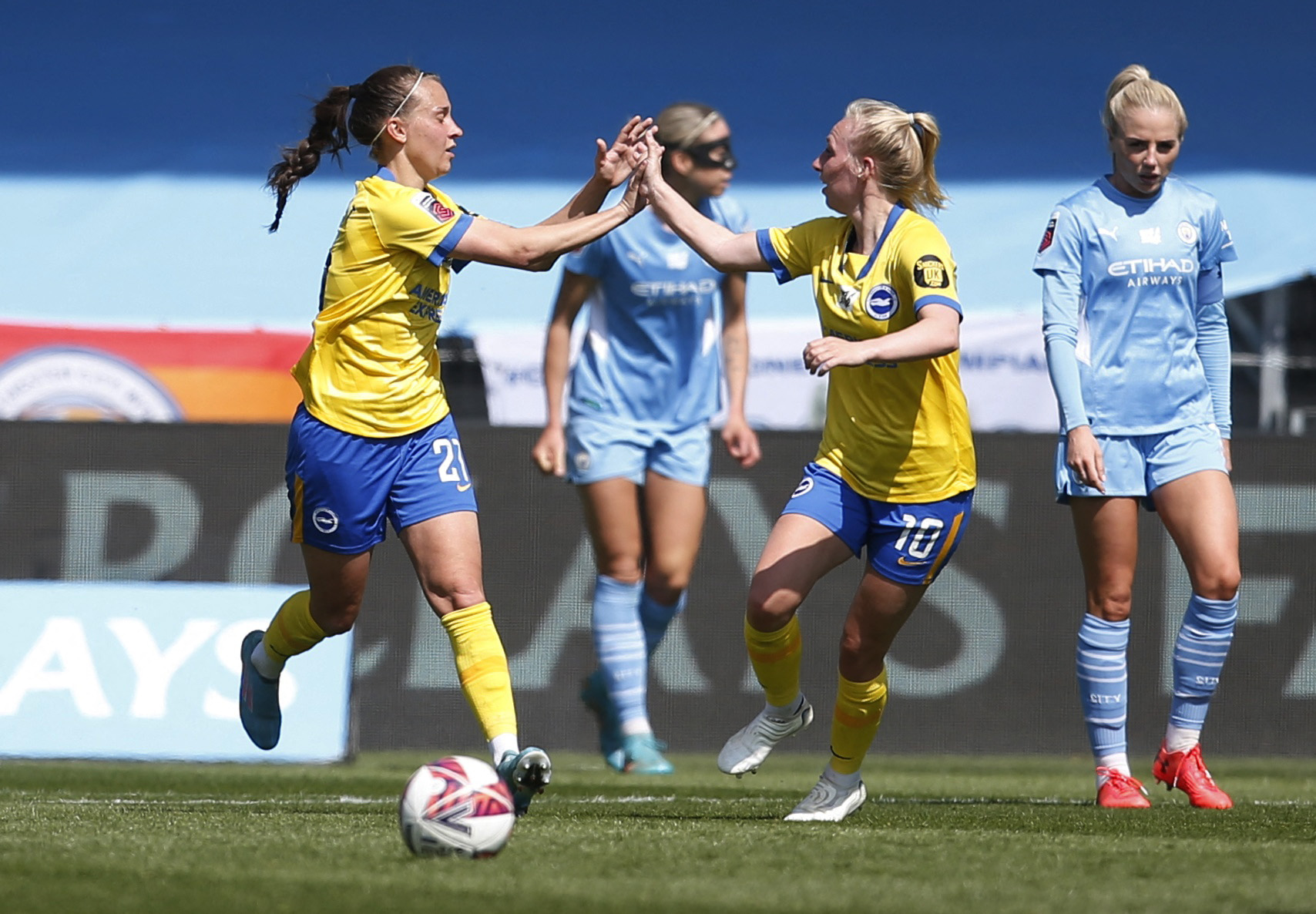 But Brighton mounted a first-half fightback which saw them net twice before half-time.

First from the spot after Lee Geum-min was fouled by Keira Walsh with Inessa Kaagman powering the ball home in the 21st minute.

And then from Julia Zigiotti sweeping the ball beyond Ellie Roebuck following a cross.

The second spell saw Brighton attempt to build on their comeback with Zigiotti forcing a fingertip save from Roebuck in the six-yard box. 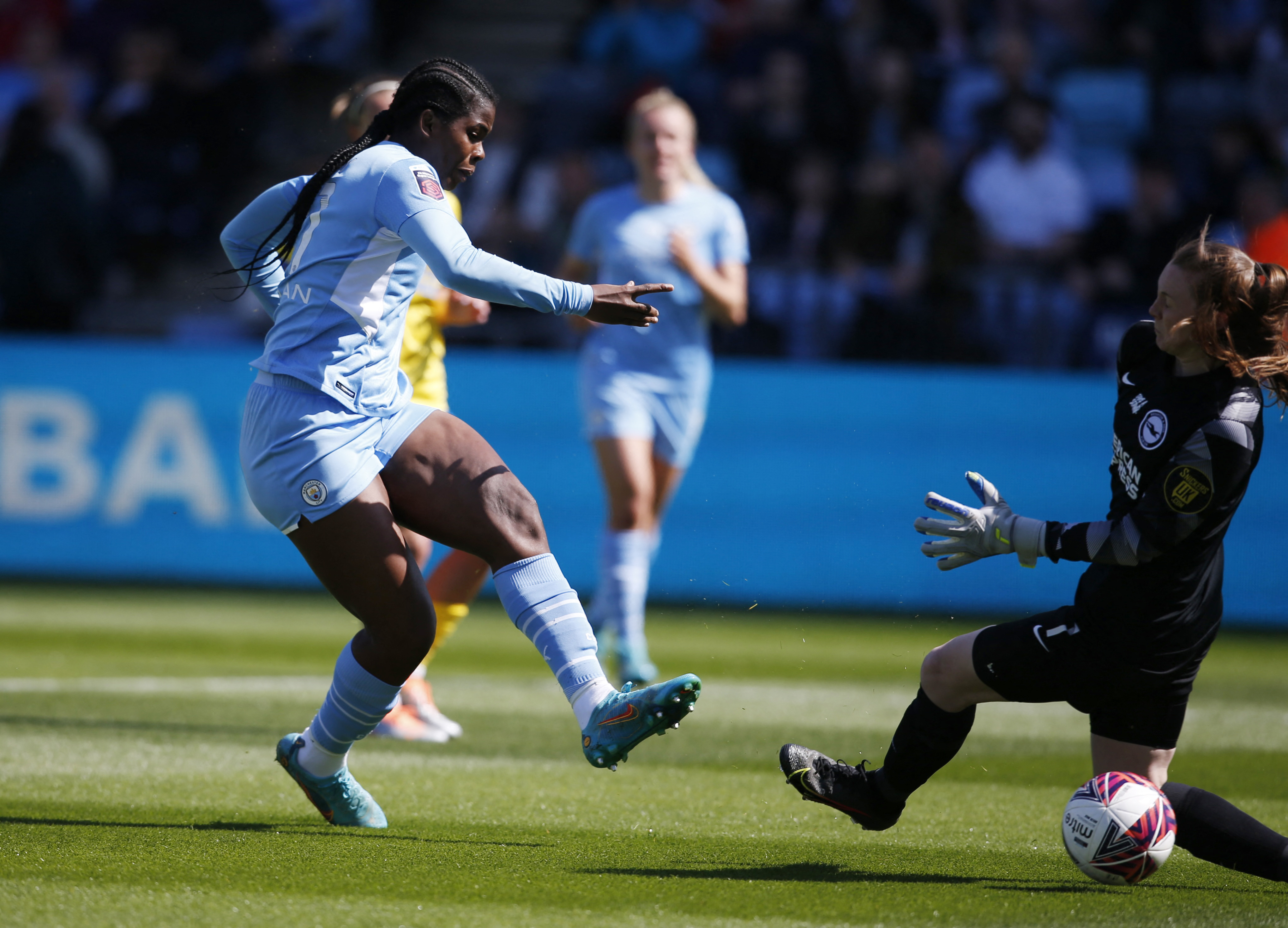 But City blew their rivals away from then on with Keira Walsh teeing Shaw up for a hat-trick in the 61st minute.

And the Jamaica striker made it 5-2 after combining with Hemp to bury her fourth.

Her team-mates refused to let up with Alex Greenwood nodding home from a corner after evading her marker.

And Lauren Hemp made it 7-2 walloping home from a tight angle to round off a hefty City victory and a tough afternoon for Albion. 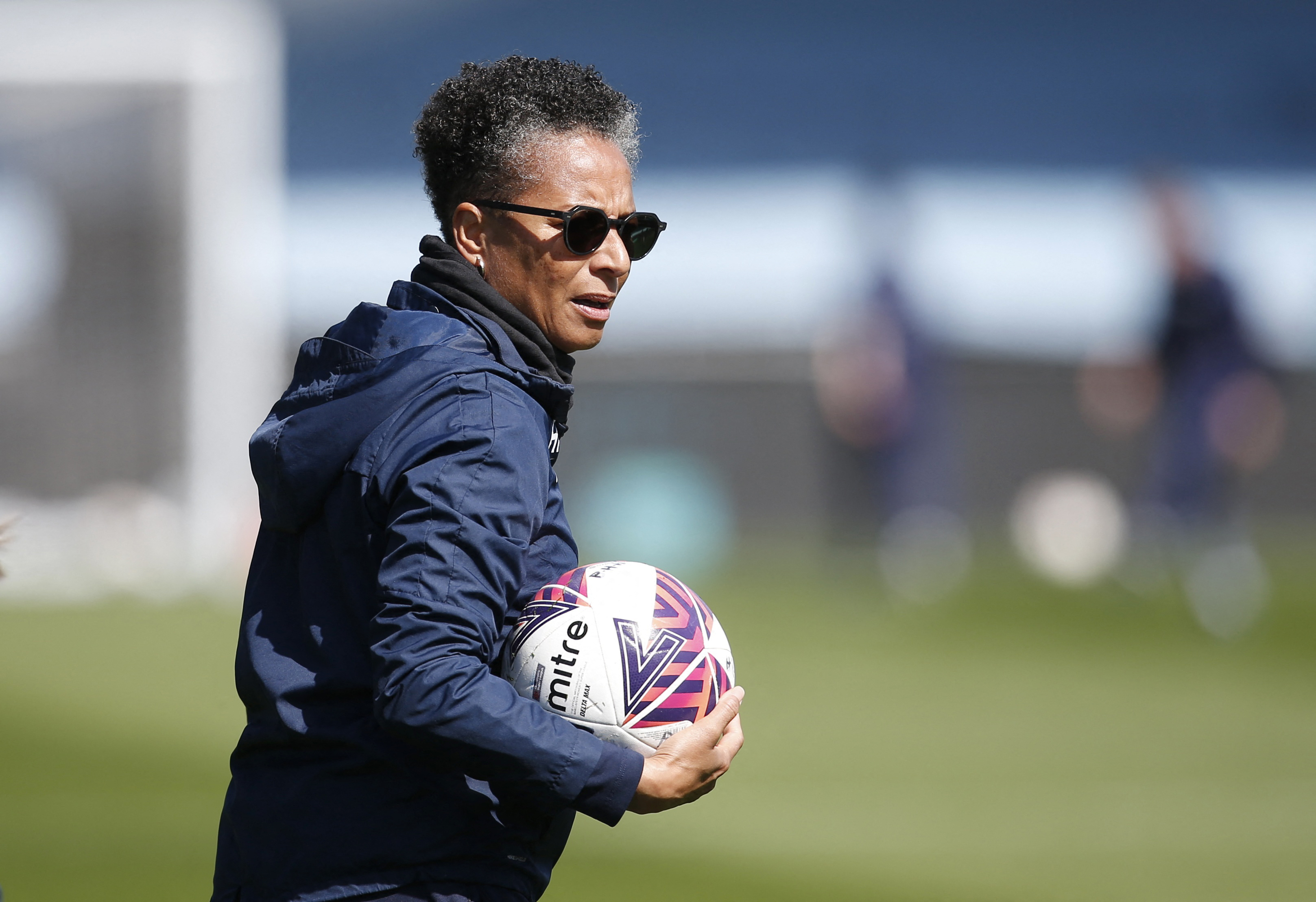 Seagulls boss Hope Powell said: “It was a tough day at the office.

"The quality they possess, we couldn’t really manage our attitude and effort was really good, and it should have been 3-3 (at one point).

"But credit to Man City, it was just too much for us today.