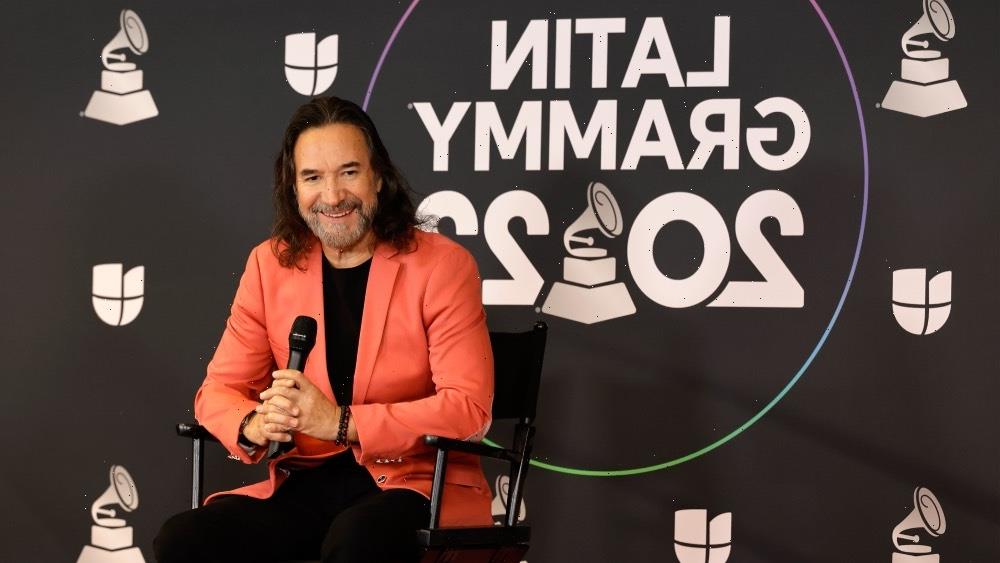 Marco Antonio Solís has captivated the hearts and ears of many, both as the charming frontman of the Mexican Grupera band Los Bukis, and as prolific composer with a career that spans four decades of emotive soundtracks, successful tours and prestigious accolades — all in celebration of his innate ability to connect through music.

Today, the Latin Recording Academy is set to honor Solís with the prestigious Person of the Year award for his contributions to Latin music and culture. “He continues to break down generational barriers through his poignant lyrics which move millions of people and inspire greater acceptance and understanding,” Manuel Abud, CEO of the Latin Recording Academy said in April. “For this, we are honored to bestow him with the 2022 Latin Academy Person of the Year distinction.”

After a hiatus that lasted almost 25 years, Los Bukis — who began releasing music in 1975 — embarked on a reunion trek in 2021 that marked the six-member ensemble as one of the top touring acts in the U.S. They played the first-ever sold-out shows at Los Angeles’ new SoFi Stadium (70,000 seats) with the first night selling out faster than the Rolling Stones (who appeared at the venue a month later). As a soloist, Solís has penned classics like the melodious “Si No Te Hubieras Ido,” which was featured on the soundtrack to the Oscar-nominated film “Y Tu Mamá También,” and elsewhere, he voiced the character of Ernesto de la Cruz in the Spanish-language version of the Disney/Pixar film “Coco.”

The five-time Latin Grammy winner will be hitting the stage on Latin music’s biggest night alongside Los Bukis, who will treat audience members with a showcase of the band’s greatest hits. Solís will also be performing his own solo hits.

Variety caught up with El Buki ahead of the 2022 Latin Grammys Person of the Year ceremony to discuss the upcoming performances, touring and the intricacies of his four-decade-long career.

First, we have to talk about the anticipation surrounding the Bukis medley at the Latin Grammys this year. How did you decide on the song(s) and what was that process like?

We made sure to choose songs that we see people enjoying the most — I made the selections and when I presented them, everyone was really happy with the decision. Being on tour and having the ‘Bukamania’ revival was also in mind — and really, that’s an audience that was really very anxious to see us. Some had lost that hope of ever seeing us and honestly, we did too. None of it had been pre-mediated, we had no idea that the reunion was coming. It was the pandemic that allowed us that time to get together again and start writing, all while at home, of course. It came from a place of gratitude for life, for the fans and just overall joy that we can still do this.

Have you been approached with the idea for a series or a movie focused on portraying the true, full story?

We’ve been thinking a lot about this actually and I think it’s going to happen and it’ll be worth the work. Especially, with the tour in mind — we were able to connect with new fans that were seeing us for the first time ever and it makes me so happy. Being able to breathe in that newness is a gift.

If you had to choose: who would you want to play a young Marco in a movie about Los Bukis?

Well, it would definitely have to be someone that can pull off all the different looks I had across the decades [laughs] but I really like Diego Luna. He actually presented me with an award in Miami once, and we were in an elevator together right after. I remember I said my thank yous and in return, he told me that my music meant a lot to him and that’s why he wanted to present. It stuck with me, and he’s a great friend and an incredible actor.

Long ago you said the best songs are the ones that are written the quickest — does this sentiment still stand?

Yes! My process remains the same. The information that comes in quickly, it’s all derived from inspiration and now that we have a recorder on our phone, I have those unfinished notes and kind of go back and shape them. But, I’m not sitting down to write very often and that’s just because sometimes months will pass, or for whatever reasons…either I’m too distracted or the inspiration is just not there.

Many young singer-songwriters are struggling, financially, to continue working in this field. As someone who had to play for many empty seats at the beginning of his career — what advice do you have for them?

You can’t let your essence and inspiration be taken from you. At the end of the day, people do this because they love it and real composers can’t be focused on the money, unfortunately. The point of life is to enjoy it and when you enjoy what you do, that will fuel you. The money will come.

The landscape of Latin music has evolved time and time again, and you have been a close witness to the many Latin “booms” of the past few years. What can you tell us about that evolution from your point of view?

The expression of Latin music has changed a lot. There are new genres and sounds, completely revolutionary. There are new lexicons from various languages, and new rhythms and all of that is part of that movement we’re seeing. The only thing I disagree with is the fact that some of the lyrics of today are a little harsh [laughs] but I think it’s part of the game. There will always be this space for music that will transcend time and generations.

I know your daughter recently released a track that’s reggaeton-influenced, and there’s a lot of great music coming out of that sphere. What kind of new music are you listening to?

I am always looking for new music because I need to be plugged into what’s going on and plus, everywhere I go I’m listening to reggaeton — it’s everywhere, and I can’t escape it. I like some of them, I’ll dance and I like it but after a while, I like to turn to something with a little more essence.

Is Jordan vs Spain on TV TODAY? Kick-off time and team news for World Cup warm-up | The Sun