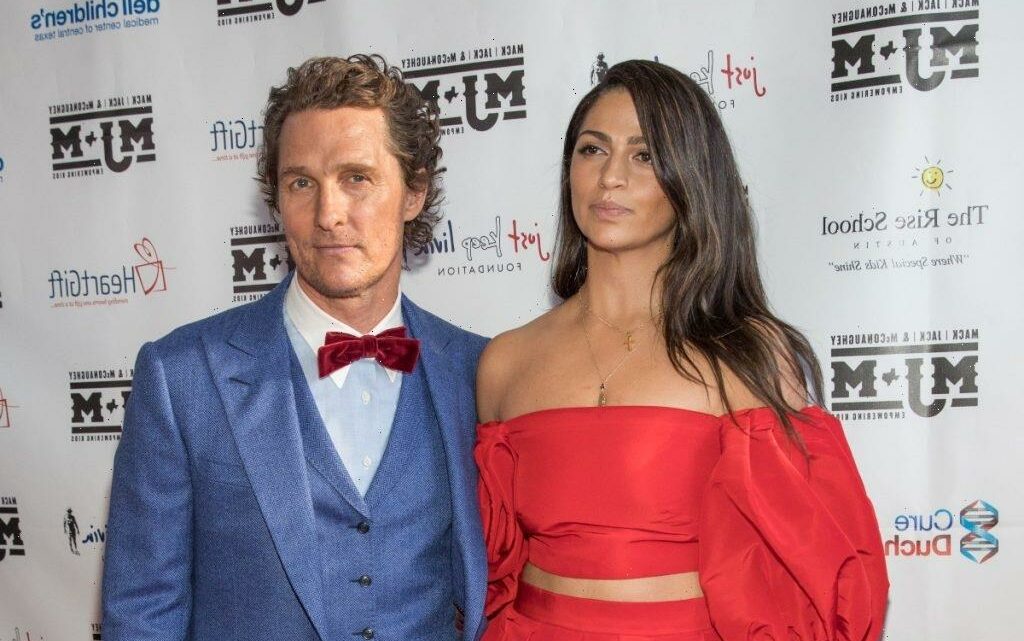 While Matthew McConaughey has been teasing an entry into politics in recent interviews, one of the topics he loves talking about is his family.

The married father of three has been opening up about his father, life in quarantine with his mom, and his wife, Camila Alves. Though the couple keeps their celebrity relationship low-key, McConaughey recently relived the moment he met Alves at a bar.

Matthew McConaughey and Camila Alves have been together for 15 years

In 2012, Matthew McConaughey and Camila Alves exchanged wedding vows that June with their two oldest children Levi and Vida as part of the ceremony. The kids were just four and two years old. At that time, the couple had been together since 2006, but marriage wasn’t always their endgame.

Alves once told People that she didn’t realize what it meant until afterward. “I was never the girl that grew up saying I want to get married. I actually told my parents to not expect me to get married,” she said.

“The main thing for me is to make sure our home is peaceful, that it’s healthy, that the kids are good. I didn’t know how important [the wedding] was, and how really truly special it was, until I went through the ceremony.”

McConaughey reveals his wife’s first impression of him

McConaughey appeared on the May 28 episode of The Ellen DeGeneres Show with guest hosts Trisha Yearwood and Garth Brooks. Yearwood asked what Alves thought of him when the pair first met, and he fondly recalled how their love story kicked off.

McConaughey said that they met at a club, and apparently, she saw him first. Alves told him that she attempted to order a drink from the bar, but there was a man standing in front of her.

“There was one guy in front of me and he had on this Rasta hat and long, blonde curly hair in the back. And he had on shorts, a t-shirt, and he was wearing flip flops in the club,” said McConaughey as he shared Alves’ version of that first meet.

She told him the guy spent 13 minutes running down a “very specific, detail-oriented recipe to the bartender” for a margarita. Alves thought to herself what the heck is going on, and why is the man taking so long?

It was McConaughey. He thinks it charmed her, and they went on their first date soon after.

McConaughey’s mother is now spending time with the whole fam

While chatting with Yearwood and Brooks, the actor also shared that his mom moved in when lockdown first began. She’s 89 years old, and her two favorite things right now are books and Kendall Jackson Chardonnay. McConaughey joked that if they run out of wine, there are problems.

He said she fits right in with his three kids — ages 12, 11, and 8 — and poked fun at her by saying she’s like a fourth child. Alves and McConaughey are due to celebrate their 9th wedding anniversary on June 9, and fans can hear more about the couple and his life in the actor’s memoir, Greenlights.