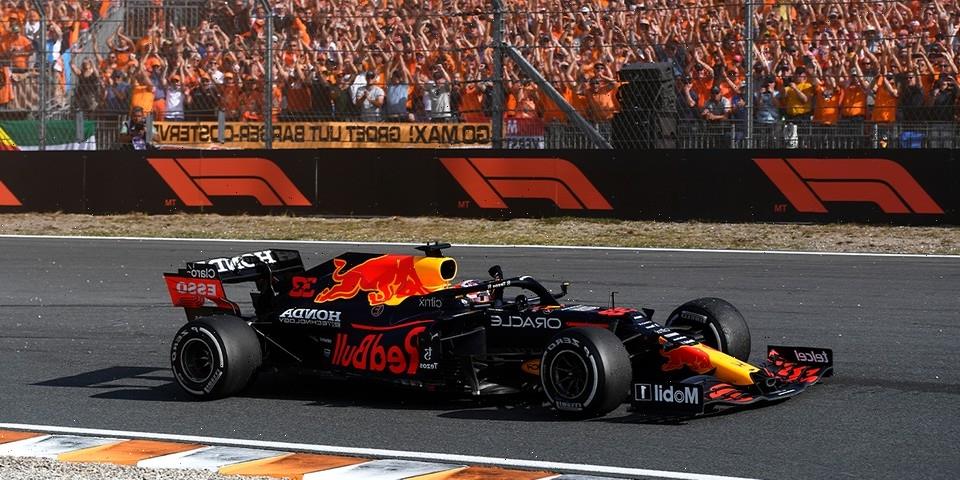 Red Bull Racing driver Max Verstappen has regained the lead in the drivers’ championship following a victory at his home Grand Prix at Zandvoort in front of his Orange Army.

Starting the race from pole position — which he earned without actually using DRS — the Dutch driver led pretty much the entire race except for his early pitstops when Valtteri Bottas briefly took the lead. Despite being forced to use a set of hard tires after a second early pitstop to fight off a gaining Lewis Hamilton racing on grippier medium tires, Verstappen managed to hold his main rival of the season off until the chequered flag, winning the first Dutch Grand Prix since 1985. The victory gave him enough points to overtake Hamilton once again in the drivers’ championship, now leading the Brit by three points.

“As you can hear already, it’s just incredible,” said Verstappen in his post-race interview. “The expectations were very high going into the weekend and it’s never easy to fulfill that. But I’m of course so happy to win here, to take the lead in the championship. It’s an amazing day. Just the whole crowd. It’s incredible.”

Despite Verstappen’s win, however, Red Bull Racing still trails behind Mercedes in the constructors’ championship by 12 points as Sergio Perez only managed to finish eighth, bringing home just four points for his team.

How to live longer: A simple activity could reduce risk of early death by 70 percent