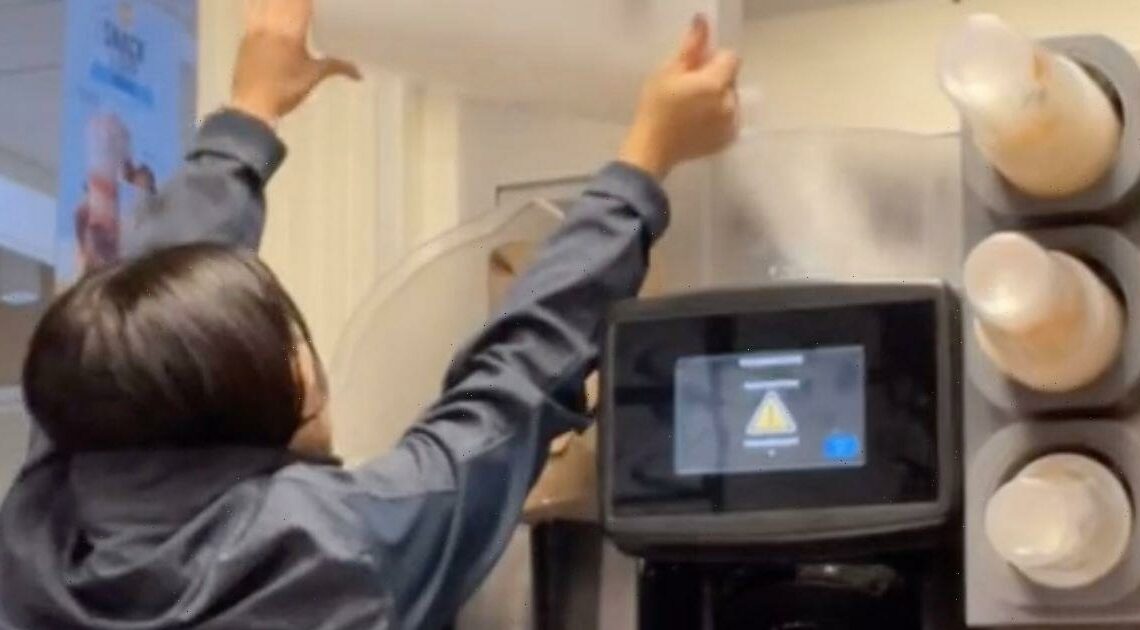 A McDonald's worker has shared a glimpse of prep work she has to do when opening the restaurant before her shift starts.

Maura Estafeliz said the restaurant opened at 10am but she had to be there an hour earlier to get everything up and running.

She walks into the fast food venue through the kitchen and starts turning on all the machines – the fryer, the boilers, the heaters, the ice cream machines and computers.

Then she clicks to clock in her time on record before filling up the ice cream machine with milk.

Next, she moves on to prepare the drink station.

She refills all the soft drinks and puts the cap on, before making a fresh brew for coffee and tea.

The worker pours a bag of ground coffee into a tray and lets the machine brew.

Meanwhile, she grabs a bucket of ice to fill up the iced coffee and iced tea machines.

She pours the hot coffee into a ice-filled plastic bag to cool down and starts making tea with another tray.

Then she places both into the cartridges and secures them by clipping all locks on.

For more stories from the Daily Star, sign up to one of our newsletters here.

Next up is computer work.

Maura has to print out all the inventory lists, before ticking all boxes on the menu checklists to make sure the restaurant is ready to open.

Then she prints out labels, marking the expiry date and time for most ingredients like creamer, coffee, eggs etc.

"All done," she said after placing the labels accordingly.

Some viewers said they felt like watching a complete McDonald's video, but others were horrified by the colour of the oil in the fryer.

"How is no one talking about the oil there? It looks like it's been there since '92," one said.

"Training completed, when do I start?" a second wrote.

And a third added: "This is a lot of damn work for a minimum wage."

Maura told her viewers that she had followed the health and safety procedures even if she was not seen wearing gloves.

"We always change oil on Mondays and they're going to change it tomorrow", she added.

"We're not required to wear gloves just because I didn't record myself washing my hands and disinfecting things doesn't mean I didn't do it."