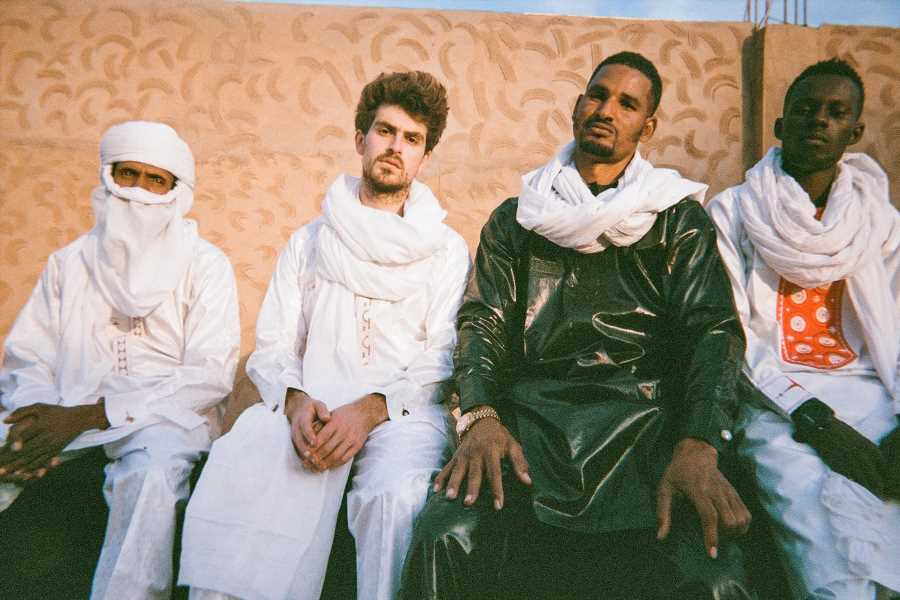 Tuareg guitarist Mdou Moctar has released a new track, “Taliat,” from his upcoming album, Afrique Victime, out May 21st via Matador.

“Taliat” is centered around Moctar’s billowing guitar lines, which twist around steady percussion as the musician sings about love and heartbreak in Tamasheq. In a statement, Moctar said, “‘Taliat’ means woman. In our community, women are queens, they have a lot of power, that’s why I use the term taliat to talk about them. A woman in the Tuareg community has to be protected, but she also has to be treated as equal.”

The track is accompanied by a video that features the song’s lyrics translated into English, as well as footage of Moctar driving around Niamey, Niger, with some additional footage of the musician and his band laid on top. Moctar’s bassist, Mikey Coltun said of the clip, “It’s a one shot of Mdou, [myself], and [guitarist] Ahmoudou [Madassane] actually listening to the song in the car. If you look closely you can see Mdou singing along.”

Along with releasing “Taliat,” Moctar announced U.S. tour that will kick off September 2nd at the Motorco Music Hall in Durham, North Carolina, and wrap October 2nd at the Lodge Room in Los Angeles. Tickets will go on sale Friday, May 21st, at 10 a.m. local time.

Lynx and wildcats to be reintroduced in England
Recent Posts