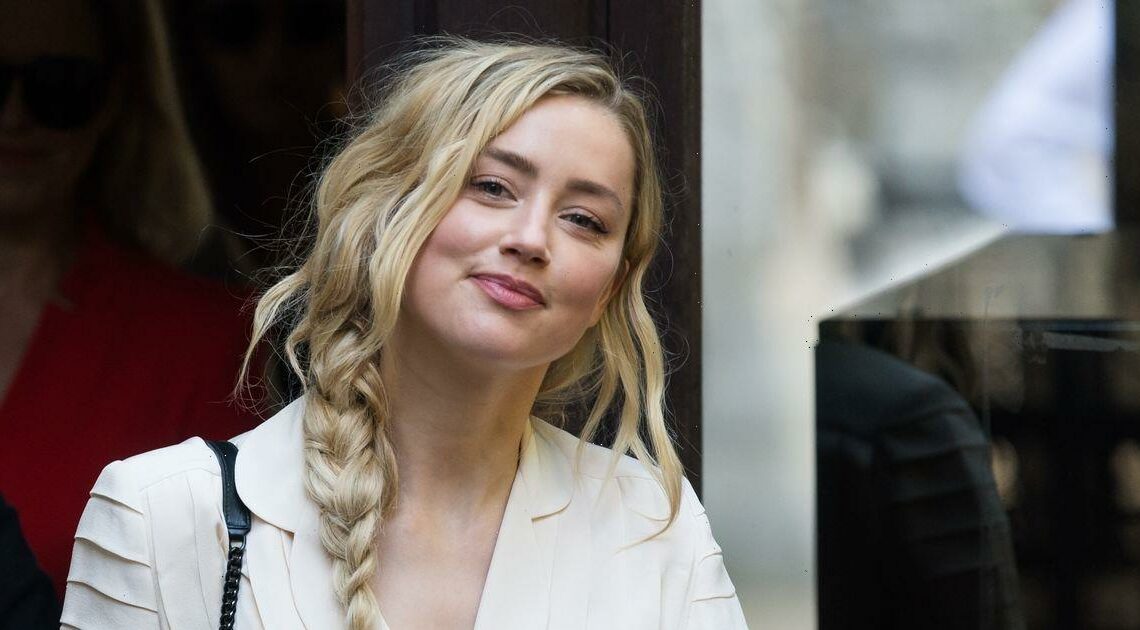 Amber Heard has announced that she has become a mother to her first child via a surrogate.

The 35 year old actress took to Instagram and shared a beautiful picture with her three month old daughter and described how she had welcomed the newborn "on her own terms".

Amber looked every inch the glowing mum as she cradled her baby girl on her chest with the pair wearing matching beige crochet outfits.

Captioning the snap to her 3.9million followers, she penned: "I’m so excited to share this news with you. Four years ago, I decided I wanted to have a child. I wanted to do it on my own terms."

The new mum, who filed for divorce from ex-husband Johnny Depp in 2016, revealed how she had named her daughter Oonagh Paige Heard.

We took a look at the meaning behind the unique name…

The pretty name is of Greek, Scottish and Irish origin and means "pure" and "holy".

Pronounced "ou-na", the name was also given to the ancient Irish goddess who was the queen of fairies and goddess of nature, love and relationships.

She was depicted with long, blonde hair with delicate wings and a tiara.

Paige is of English origin and originally means "page to a lord".

The word was used for the occupation, typically of a young male servant in medieval households, before an "i" was added to make it into a girl's name.

Meanwhile Amber's late mum was also called Paige and passed away last year with Amber taking to Instagram to describe how she was "devastated beyond belief".

She wrote: "I am heartbroken and devastated beyond belief at the loss of my mom, Paige Heard. She left us too early, clasping onto the memory of her beautiful, gentle soul. She will be missed from the very depths of our hearts forever."

Amber penned a lengthy caption on her baby announcement, adding: "I hope we arrive at a point in which it’s normalized to not want a ring in order to have a crib. A part of me wants to uphold that my private life is none of anyone’s business. I also get that the nature of my job compels me to take control of this."

Amber added: "She’s the beginning of the rest of my life."

Fans were quick to comment as one person gushed: "You are an inspiration . A marvel and born to be a mother!"

"We LOVE her so much already <3," another chimed as a third said: "Omg," followed by six heart eyes emojis.

A source told PageSix the Aquaman star welcomed her bundle of joy via surrogacy.

“Oonagh is absolutely gorgeous, and Amber is besotted. She always knew that she wanted to be a mom, and this is her greatest wish come true." the insider told the publication.