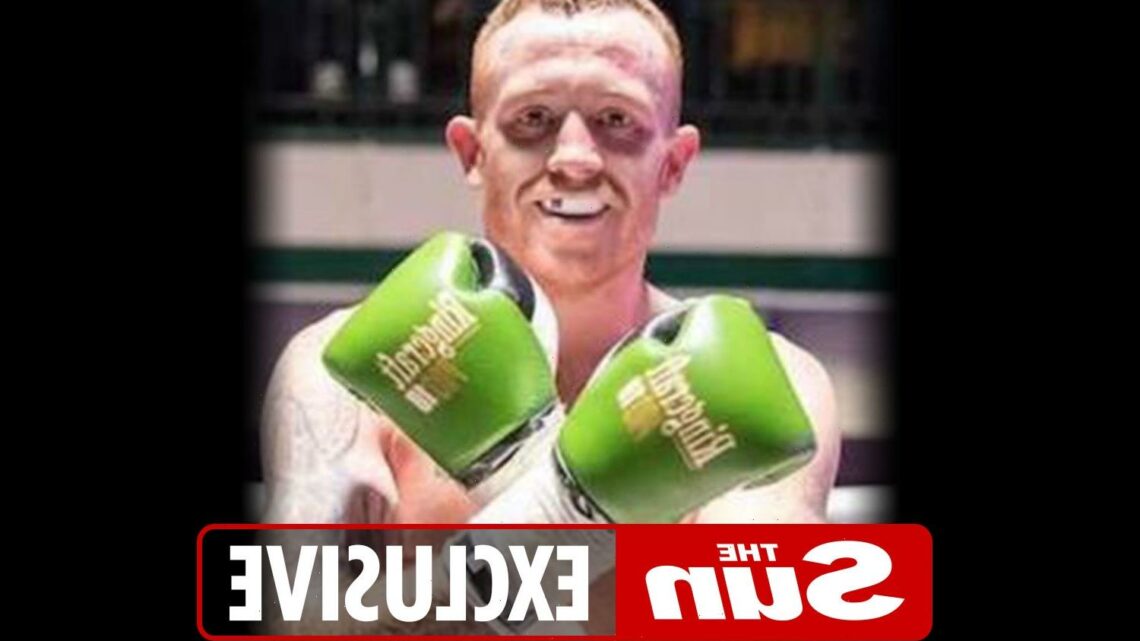 But the 33-year-old East Londoner turned his life around in inspiring fashion and shed more than 11 STONE before building up a near-perfect record in the ring. 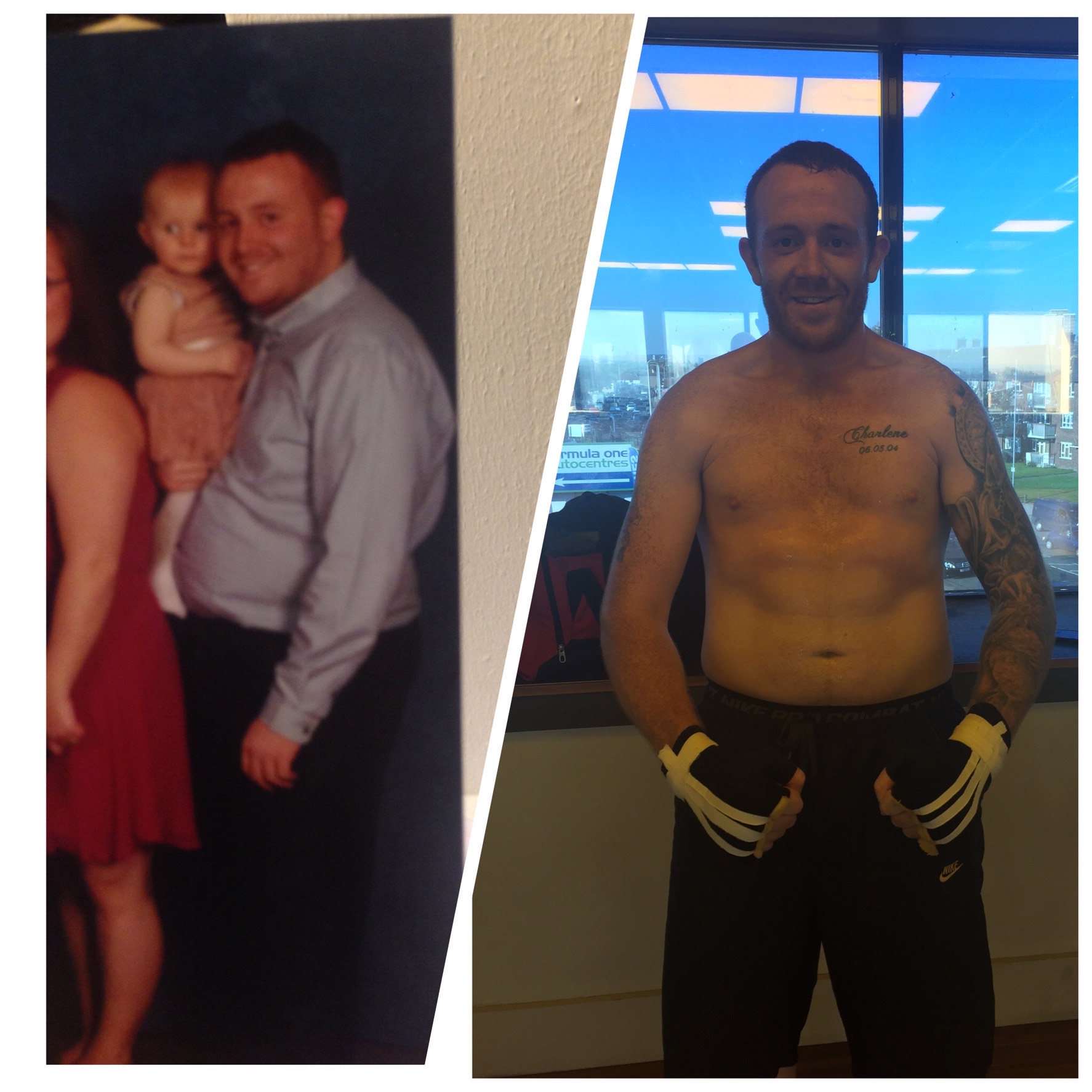 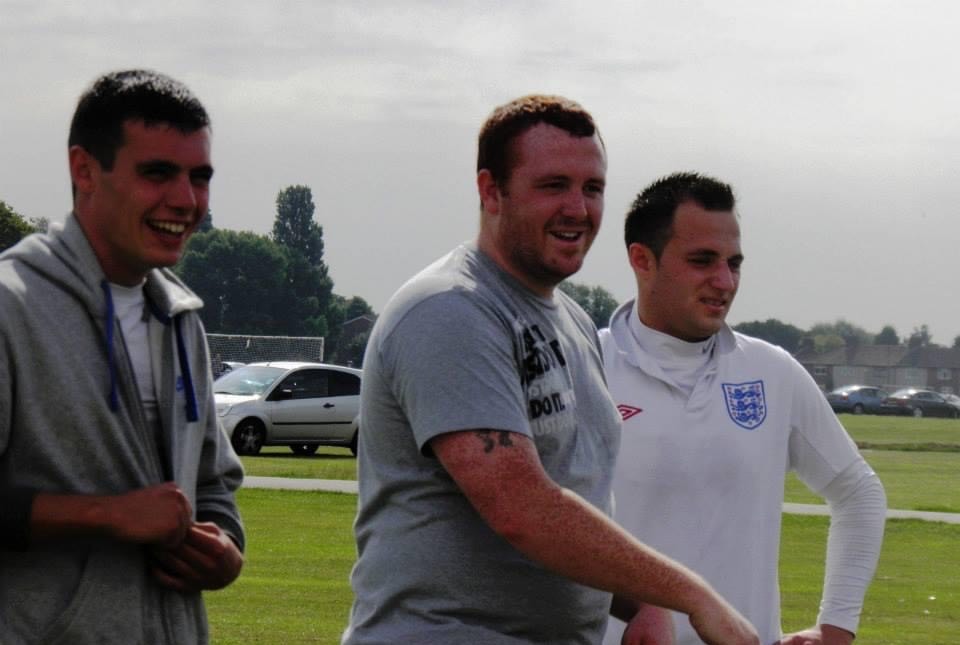 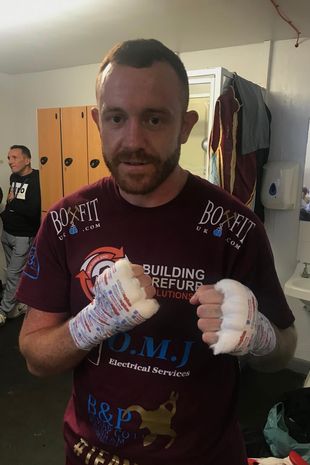 Dad-of-three Little was spurred into action after seeing a picture of himself at his cousin's wedding in which he said: "It looked like my daughter was sitting on my belly."

That was Christmas Eve 2011 and in the 10 years since, the cruiserweight has been on a journey which has transformed his physical and mental health.

And in a frank and honest interview with SunSport, Little opened up on the highs and lows of the last decade, why he weighed so much and what he'd say to others struggling with their own bodies.

"It was just laziness. I was never big as a kid. But as soon as school finished that was it.

"I was a builder when I first left – I became a 'chippy' [carpenter] – and cafe breakfasts and things like that didn't help.

"But I had no fitness, was never a gym man or anything like that. It was just laziness.

"Doctors used to tell me it was time to lose a bit of weight. I never had a real scare as such, it was more people telling me 'you're looking a bit fat'.

"But it was a confidence thing as well. I hated it. You hate the way you are. Just being down on yourself is rubbish.

"You never feel confident so I had to do something that was going to turn it around."

Little is from Silvertown in the heart of London's docklands and works at the iconic Tate and Lyle sugar factory – a stone's throw from where he grew up.

And that's on top of a hectic family life as husband to Charlene, 33, and dad to Shanie, 10, Darcey, seven, and Stanley, two.

Despite being just a baby at the time, Shanie played a huge role in her dad's decision to turn his life around. 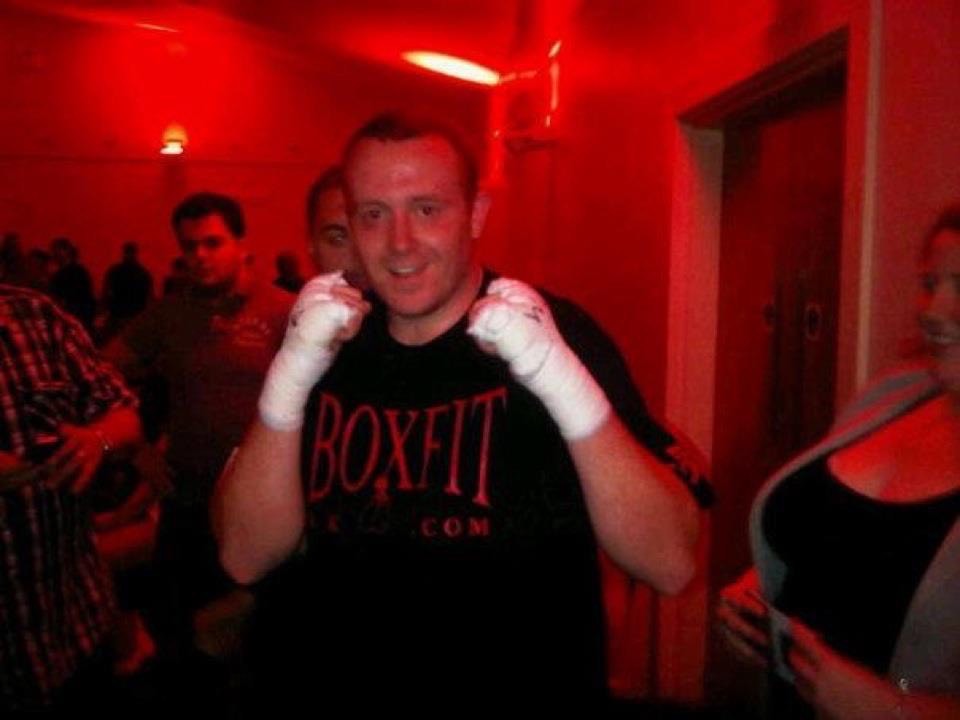 Little explained: "In 2011, my cousin got married on Christmas Eve and there was a picture of me holding my little girl and it looked like she was sitting on my belly.

"It wasn't about boxing or anything like that. But I thought 'I like boxing' so let's use it as an interest to keep me going to the gym.

"Then I found Paul and the rest is history.

"The most I lost was about 11-and-a-half stone but that was too much.

"I couldn't sustain being down that far so we lifted that back up a little bit and I'm comfortable where I am now.

Cook was a reserved but quick-witted bystander as Little spoke candidly to SunSport about his past situation.

But the experienced trainer's presence did not stop his fighter from heaping praise on 'the only person I listen to'. 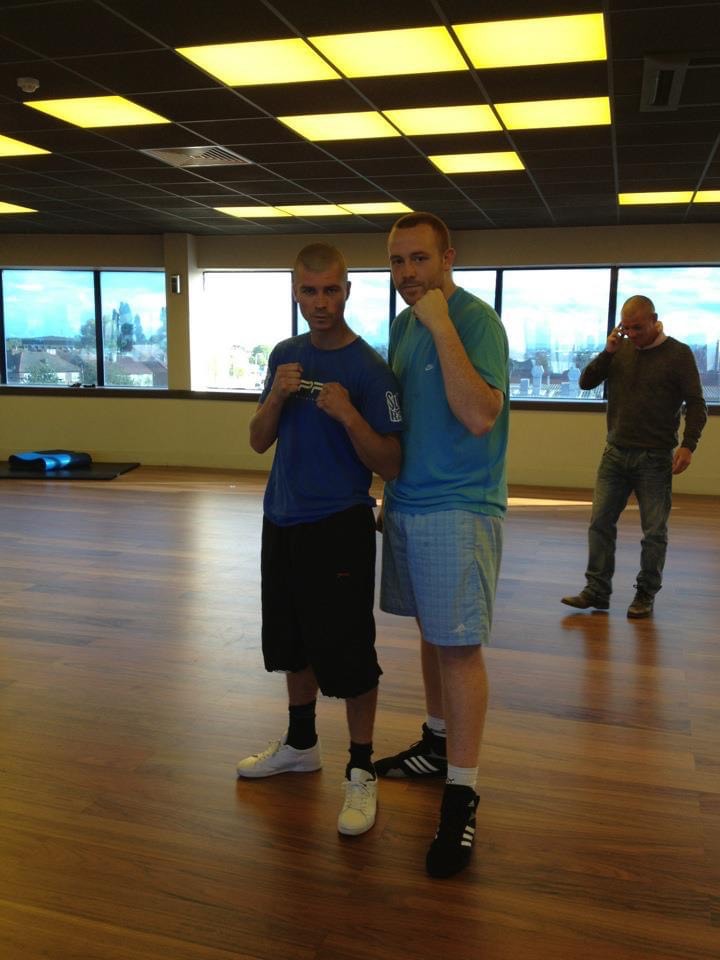 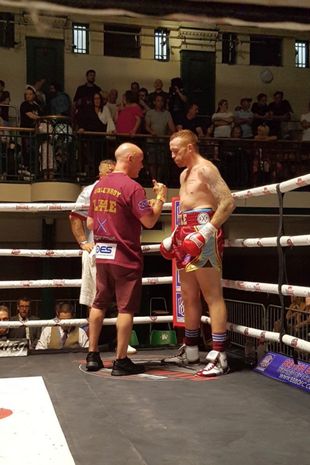 "He had a few boys in the gym [in 2012] doing boxercise classes – all unlicensed boxers.

"At first I was pretty much watching really, I didn't do anything in the gym, just watched.

"And then I got the courage to ask Paul if he could train me and we started from there.

"After about four weeks, Paul said 'I'm going to get you fighting' but I said: 'No way, never'.

"I never thought I'd be doing something like this.

"To turn pro was a massive achievement and to go on and be 12 unbeaten was unbelievable.

"If it ends now, we've done brilliantly. But we've got loads more to give."

After 10 wins and two defeats on the unlicensed circuit, Little – who names Lennox Lewis and Ricky Hatton as his boxing idols – turned professional in November 2015.

And the lifelong West Ham fan – whose apt nickname is 'The Boleyn Boy' after the club's old ground – won his first 12 bouts before suffering defeat last time out. 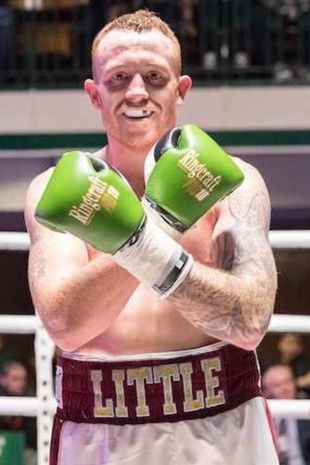 He lost to Lithuanian Andrius Ruzas on points back in September 2019 and has not fought since.

But the cockney fights again tonight at Bethnal Green's iconic York Hall – a venue he's made his home with 11 of his 12 fights there since his pro debut.

He faces fellow Londoner Ossie Jervier, 40, who is 6-15 but is 'tough as nails', according to Little.

Despite his elevated profile – particularly among Hammers fans – and his goal to become Southern Area champion and fight for the British title, Little has never forgotten the hurdles he's had to overcome.

He does not hide away from the difficulties of battling weight issues.

But he does have an inspiring message for anyone in the same boat he was all those years ago.

He said: "It was a mental thing to start with.

"But then physically once you start it's really hard, especially with work but that's just something we've done now and it's part of my life.

"I'm not saying I'll be staying around fight weight once I've finished boxing but I won't be massively unfit or overweight that's for sure."

And asked if he had a message for anyone carrying a little too much weight who is looking to make a positive change, Little emphatically said: "Just do something.

"Whatever happens don't be scared.

"Join a gym. People there will understand what you want.

"And that can be a fitness gym or a boxing gym, just use a gym or do something.

"Find something you're interested in. There might be something in the gym, it doesn't have to be boxing, it could be cycling, anything.

"Just try and focus on something and use it as I did to keep you interested. Even a personal trainer. Just anything to keep you motivated.

"It takes a little while but pick what you want to do and go and do it.

"Don't worry, don't stress, just have a go and see what happens."

And any tips for sorting out diets?

'THE HARDEST THING WAS THE FOOD'

Little said: "At the start the hardest thing was the food.

"It's hard to take away what you love. It's far from easy but it's easier once you get the diet right.

"It's a mind game. You've just got to tell yourself: 'This stuff is no good for me'.

"I wasn't on a nutrition plan or anything like that. I was just trying to make three meals-a-day of good food.

"I'm not saying I've never eaten bad food since, of course I have, but just understand what you're eating.

"If you're going to have a bad one, have a bad meal-per-week or something, just don't go and do it three nights-a-week!"

Little has had a West Ham season ticket for 16 years and previously donated portions of his fight purses to well-known Hammers-linked charities Isla's Fight and the DT38 – Dylan Tombides Foundation. 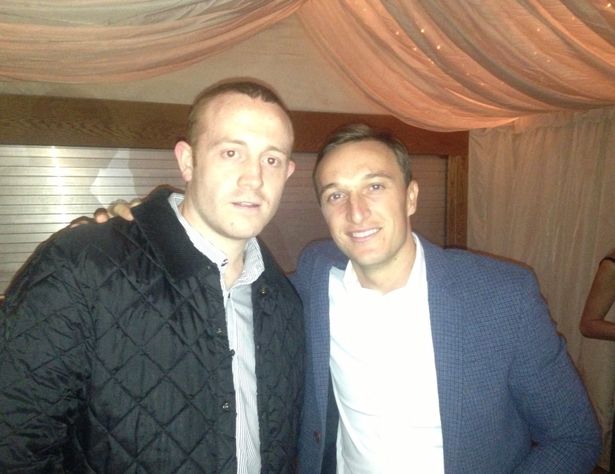 And while the likes of Floyd Mayweather, Tyson Fury and Anthony Joshua are multi-millionaires, Little accepts he won't make a fortune out of boxing.

He still relies on ticket sales to make money from his fights but his motivation lies elsewhere.

Asked what drives him to keep to the rigorous training sessions week in, week out, Little said: "Not failing.

"I want to achieve something. If we win the Southern Area and come out of boxing I'll be happy.

"The British title is like a world title for us. But one shot at a time."

No plans to quit then…?

With a laugh, Little said: "Until I cant do it or until Paul tells me, I'm not giving up yet."