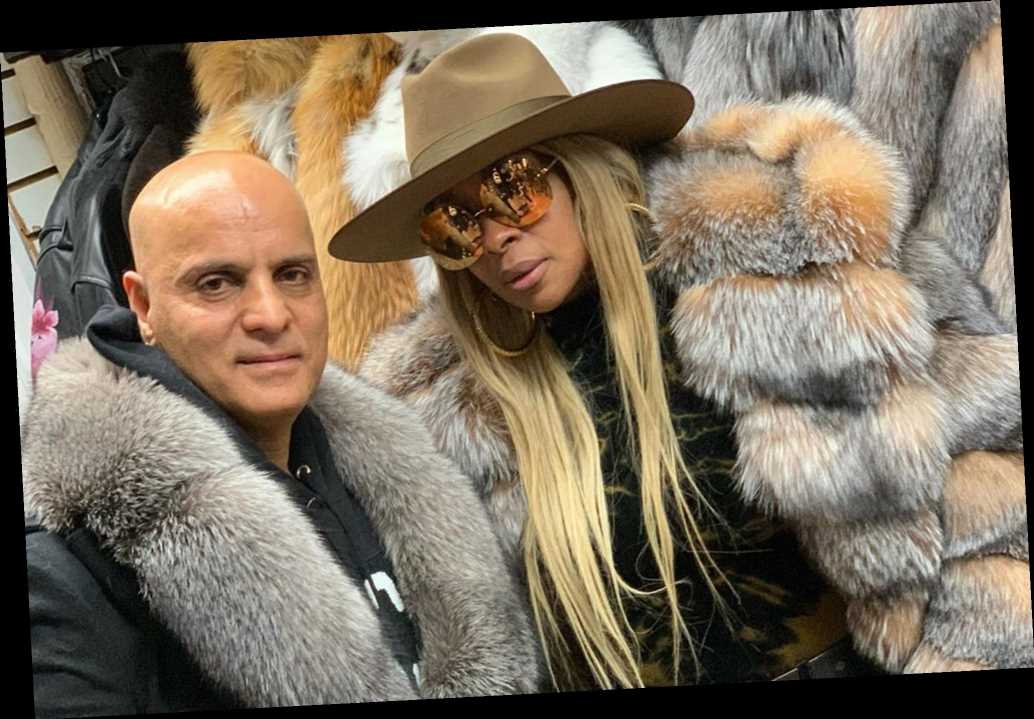 Meet the celebrity furrier who creates coats for Cardi B, Mary J. Blige and Diddy

A native of Pakistan, Nadeem Waheed traveled to the US in 1987 to receive his master’s degree in environmental engineering, with no plans of literally setting up shop in the states.

After an arbitrary decision to help a friend sell 50 coats he needed to unload, the engineer decided to pivot towards fashion, noting his growing interest and talent in creating unique and valuable pieces with luxe furs and supple leather.

After setting up Daniel’s Leather in 1995 on Orchard Street —the mecca of NYC leather goods — Waheed immediately enjoyed massive foot traffic to his brick and mortar, which soon became a well-kept secret among New Yorkers and frequent celeb visitors.

“Bernard Hopkins, every time he’d have a fight, I would see him in my store after with his face swollen,” Waheed revealed while recalling the early days of his storefront. “He would come and buy a bunch of things. That became a tradition after all of his New York fights. TLC, Jagged Edge … Andrew Dice Clay was a regular visitor, he used to come by a lot. ‘Law & Order’ also rented out the store for one day, I got paid pretty good on that.”

Today, Waheed continues to attract names such as Diddy, DJ Khaled, Cardi B (and baby Kulture) and more. He’s enjoyed plenty of exposure via Instagram and reality television, the latter of which led him to rapper Remy Ma.

“We had a promoter who was close to the people on ‘Love & Hip Hop: New York,’ and he would always say that I should work with them, but I wasn’t sure that I needed that kind of attention,” the designer confessed. “But after a couple of years I said, ‘fine,’ and he brought in Yandy (Smith).”

“Once Yandy came in, producers wanted to shoot a little scene in my store that involved Remy,” he continued. “While she was there, she told me she had a certain vision for a coat and wanted to know if I could make it. I made that coat and that’s how the relationship started.”

Waheed and the Bronx rapper have collaborated several times since, including on a colorful collection of fox furs and a beyond-floor-length white coat the MC designed herself and wore during the Radio City Music Hall tribute to mentor Big Pun.

“She wanted it dragging!” Waheed recalled with a laugh. “I told her, ‘You want a white coat to drag on the floor? You know what’s going to happen!’”

“After she wore it that one time on stage, she sent it back because It was all dirty at the bottom, and I had to redesign it in such a way so that it won’t get dirty,” he added. “I told her that might be a problem, but the dragging is what made the look so fabulous.”

In fact, it was so fabulous that Remy’s onetime rival Nicki Minaj reached out to Waheed looking for the exact same piece. Unfortunately, things didn’t quite work out, as the “Yikes” rapper and her team wouldn’t commit to recognizing the artisan for his work.

“They were not sure If I would get a mention,” Waheed said. “If I’m not getting mentioned, what’s the point of doing anything? A couple times we’ve had some pretty big celebrities put in a request, but I have a rule: If you’re not going to acknowledge my work, I have no reason to design for you.”

In addition to Remy, Waheed has taken a liking to Houston hot girl Megan Thee Stallion, saying the relatively new artist is “already a star, but I think she’s going to grow way beyond that because she has an amazing personality.”

He went on to call DJ Khaled a “nice and simple” guy when it comes to his taste in outerwear. Waheed also noted working with Diddy was “very chaotic, but also very fun,” and praised the queen of hip-hop soul, Mary J. Blige.

“I must say, I was very, very thrilled when Mary J. Blige came to the store. It’s electric when she’s here. She has an amazing presence and an amazing sense of fashion,” he gushed.

Of course, every experience and client won’t be ideal, as the business owner keeps a “blacklist” of stars who’ve pulled items for specific shoots or events, then refused to return them or pay the full price. For those who do pony up the cash, Waheed considers himself to be a pretty reasonable guy who’s known for giving customers — famous or not — a fair deal.

“We’ve stayed grounded,” Waheed said. “We have celebrity clients, but when I make something, I always have the corrections officer or the nurse or the bus driver in my mind. Regular folks support the most and pay the bills, they’re 95% of our business.”

Still, it must be nice to have big names spend upwards of $18,000 on one item of clothing, which is what comedian Katt Williams spent on a custom blue and white fox fur. Remy’s Radio City coat also cost a pretty penny, coming in around $20,000.

Khloé Kardashian spent plenty of coins on her 2019 Halloween look, which included a $9,000 heavily customized black and white fur stole. After being met with backlash from fans and animal activists, the former PETA ambassador claimed the look was faux, which Waheed confirms was not the case.

“It was fox fur. She just didn’t want to deal with the backlash, which I can understand.”

Waheed has dealt with his fair share of animal rights activists, saying he can appreciate those who “have sympathy for animals,” but doesn’t believe it’s their place to tell adults what they can and cannot wear.

He continued, “I also tell them that I noticed they never, ever care about how much we help people. I’ve never seen them taking care of other humans. They can’t see that last year and the year before, I donated 1,000 jackets to different shelters and those in need. We took carloads of coats and gave them away after Hurricane Sandy happened. I can understand you having sympathy for animals, but please keep humans first, then we can talk about animals. I’m amazed at how much they can care for a raccoon or a rat, but they don’t worry about fellow human beings.”

Waheed sources his supply from all over the world, saying he loves working with fox fur the most, which he added is the most requested fur for clients ages 25-40. Those over 40 prefer a luxurious mink, while he personally finds “prestigious” sable to be quite boring. As for chinchilla, the craftsmen warns that the gentler fur wears down much faster than other varieties.

Waheed has received several offers to franchise his popular boutique, but knows he doesn’t have the supply to meet the massive demand.

“These pieces can’t be made in mass production,” he explained. They all require very special skills, and it’s not like I can outsource it. I don’t think I’m ready yet to have a franchise, but if I come to that point where I can increase the production I may have a couple more stores.”

Kate Middleton seen for first time since returning from Ireland